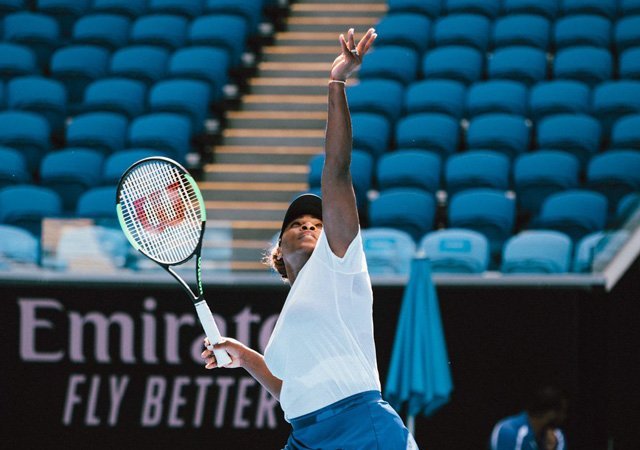 Australian great Margaret Court has predicted nerves could undermine Serena Williams‘ bid to match her record 24 singles majors at Melbourne Park, clearing the way for an outsider to snatch the title.

She disputed the bookies’ assessment that Serena is red-hot favourite to lift the Australian Open trophy for an eighth time, taking her overall Grand Slam tally to 24 and equalling Court’s mark.

“I think it’s possible for Serena to equal me, if anybody’s gonna do it, it’s Serena, but I don’t think there’s a clear-cut favourite,” Court told Melbourne’s Herald Sun newspaper Sunday.

“I think it’s a pretty open tournament and I think an outsider can win it.”

However, 13 of Court’s titles came before 1968, when the women’s game entered the Open era and became fully professional.

For that reason many pundits, including 18-time Slam champion Chris Evert, believe Williams is already the greatest of all time.

Another win at Melbourne Park would settle the argument once and for all, but Court said the American no longer had the fearlessness of youth on her side.

“When you’re young, you tend not to think about it too much,” she said. “I won my first Australian championship when I was 17 and I had no nerves. As I went along… it became harder.”

Williams has been one shy of Court’s record since winning the 2017 Australian Open, when she was eight weeks pregnant.

She has spoken in the past about the mental hurdles she faced before reaching Steffi Graf’s Open-era milestone of 22 majors at Wimbledon in 2016.

Her extraordinary success rate in Grand Slam finals has slowed in recent years.

Between 1999 and 2015 she reached 25 Slam deciders and lost only four, but since then her record stands at only two wins in six finals.

Critics say Court not only won the bulk of her titles in the amateur era, but her record was bolstered by 11 Australian crowns at a time when the journey Down Under involved an arduous boat trip that many top players declined to make.

Other detractors point out that some of the Slams she won involved only 32 competitors, rather than the 128-player draws Williams has faced throughout her career.

However, Court bristles when her own record is dismissed as largely irrelevant in the world of modern tennis and points out she won 11 titles in the Open era.

“It’s not easy to win Grand Slams, it’s probably easier today than when we were playing,” she told the BBC last year.