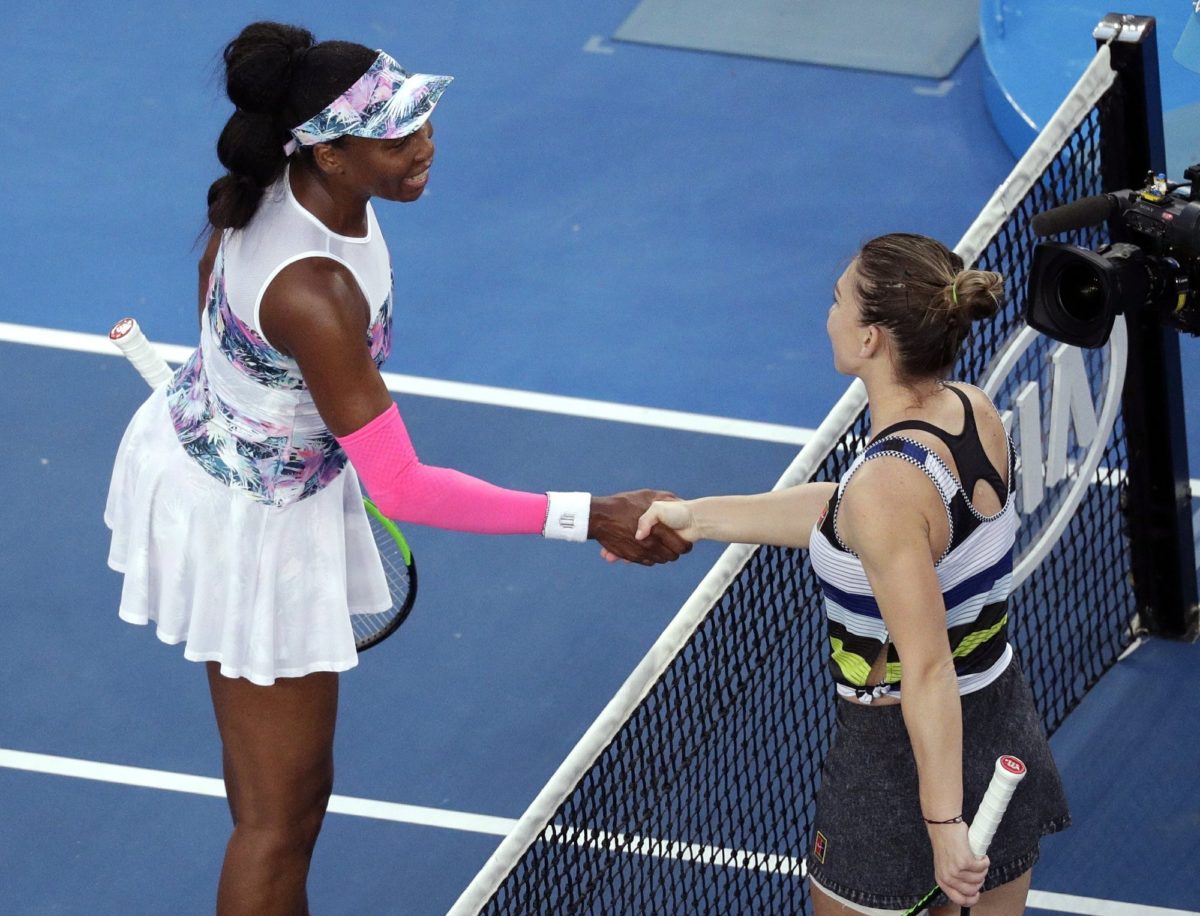 The 27-year-old Romanian eased to a 6-2 6-3 victory, winning in straight sets for the first time at this year’s tournament in Melbourne.

“It’s going to be a bigger challenge but I’m ready to face it,” said Halep.

The Romanian says she has “nothing to lose” against the 23-time Grand Slam champion, who is aiming to match Australian Margaret Court’s all-time record of major triumphs.

Williams has won eight of their nine previous matches, with their last meeting coming at the US Open in 2016.

Since then, Halep has won her first Grand Slam title, having triumphed at last year’s French Open.

Halep puts herself among the contenders

Halep, who lost to Caroline Wozniacki in last year’s final, said she came into the first Grand Slam of the year with “no expectations” after a difficult past five months.

She arrived in Melbourne having not won since August, a five-match losing streak punctured by an absence with a back injury, while she also split with her long-time coach Darren Cahill in November.

“It was a great match – my best match here this year,” Halep said.

“It is always a big challenge to play against the Williams sisters so I was super motivated.”

Halep could not take any of three break points in Williams’ first two service games, yet was finally rewarded in the fifth game to lead 3-2.

After surviving four break points in the next game, Halep took control of the opener as Williams appeared to wane physically in a set containing some lengthy rallies.

The points became shorter at the start of the second, allowing Williams to stick with Halep as they stayed on serve to 3-3.

But when Williams failed to land a first serve in the seventh game, Halep pounced.

Two break points – added to the five she created in the first set – arrived and she upped the pace to force Williams into sending a weak backhand into the net on the first.

Serving to stay in the match, Williams produced two double faults to hand Halep two match points – but the Romanian only needed one and sealed victory with a stunning forehand down the line.