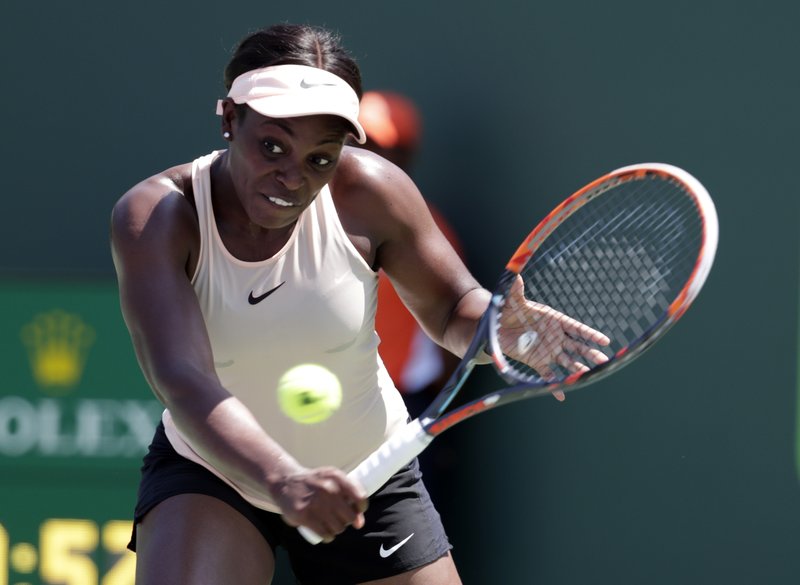 The second-ranked Kerber was under serious pressure in the first set before holding firm in the tiebreaker, then went down an early break before winning the last six games.

After a first-round bye, the Wimbledon champion is on a 5-0 roll to start the season after winning all of her singles matches at the Hopman Cup last week.

“It’s always tricky to play against her, because she’s hitting the balls really hard, especially in the first set,” Kerber said. “I played Perth last week, but now you have the tournament feeling again.”

Sloane Stephens dropped three service games in the first set and was only two points from defeat in the second before finding a way to hold off Ekaterina Alexandrova 0-6, 7-6 (3), 7-6 (3) for her first win of the season.

Alexandrova had a chance to serve for the match at 5-3 in the second set and led 4-2 in the third but fourth-seeded Stephens, the 2017 U.S. Open champion, rallied to survive the round.

“I was, like, ‘It’s not going to get any worse than this … I might as well just play,'” Stephens said of her first set.

“I know at some point that I’d be able to win a game, I would hope, so just try and do that.”

Stephens will next play Yulia Putintseva.

No. 7 Kiki Bertens advanced to the quarterfinals when Garbine Muguruza withdrew from the tournament because of illness.