Home Entertainment Celebrities How I went to Shiloh (Winners Chapel) to get into The Big... 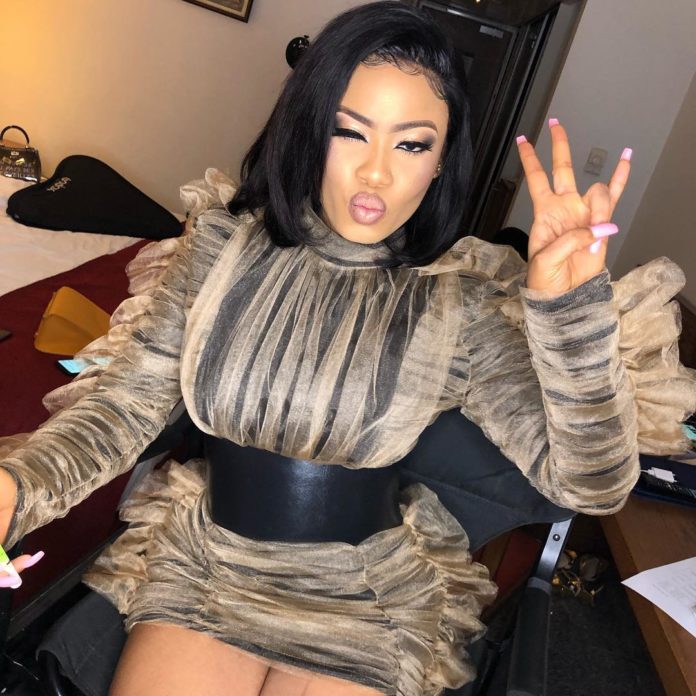 Big Brother Naija star, Nina Ivy has opened up on how she managed to make it into the reality show and finished as a finalist.

Nina Chinonso Onyenobi was like everyday next-door-girl until Big Brother Naija catapulted her into fame and stardom last year.

In this exclusive interview, the undergraduate of Imo State University opens up on life before the reality TV show, how she survived bullying in the Big Brother house and her affair with former housemate and winner, Miracle, among other interesting issues. Enjoy.

Tell us about your childhood

I’m from a happy family, not rich, not poor but just average. At least, we ate three times a day. We are five children and I am the fourth born, three girls and two boys. I was an easy-going child, more of an extrovert. I’m 21 going 22. Growing up was fun. My parents took good care of us. They provided our needs.

Before Big Brother came along, what were you doing?

I was a student and model. I made wigs and also did make-up. I had interest in make-up and facial modeling. I was aspiring to be an actor, though I was already acting in church, I really looked forward to a Nollywood break. Back then, I remember I starred in a movie entitled, Twin Affairs where I played the role of a gold digger, it was a major role.

How did you discover your ability to act?

When you are passionate about something, things happen naturally. Acting is something I love. With love and passion you can achieve anything.

Big Brother transformed you from the girl-next-door to a celebrity in just three months. How did you get to know about it?

The passion to be part of Big Brother started after I watched a previous edition. I was so moved I decided I wanted to go for the show, and then, a friend sent me the audition flyer. I was so excited and I just wanted to do it. First, I went to church and committed my dream into the hands of God. In fact, I went to Shiloh, which ended on a Saturday, the day I was supposed to audition. But then, I did my auditioning on Sunday and passed. That was the first audition and the crowd was massive! I made it through the first audition in Port Harcourt and the second audition in Lagos, and then there were more auditions and I just kept going until I landed in the House.

Did your parents encourage you?

They were happy, encouraging and praying for me. Even if they didn’t, I would still have gone for it, because it’s my future I’m building. The idea of finishing school and being jobless was terrifying! So, I really needed to start building my life in terms of what I like, what I wanted my life to look like and besides, if I succeeded, it would be a big boost to my family, especially my siblings.

What do you think made you stand out of the crowd during the auditions?

It was because I didn’t go there with any strategy. I went there being Nina. During the audition, they saw that I was real. I later asked one of the organisers and he said that the reason why they chose me was because I was real. You see, I was open and honest on every question they asked me. They saw the honesty in my answers. I believe that’s the major reason they chose me. Back in the House too, they asked me if I had a strategy and I said ‘no, I have none’. Truth is, I didn’t even know what my life was, so I wanted to go in there and watch my life. I went there as a plain girl that anybody could read and understand.

Tell us, who is the real Nina?

I’m a very honest, open and down-to-earth person, with a very pure heart. And I don’t gossip. If you annoy me, I’d come straight and tell you. I don’t gossip. I’m just like that because that’s who I am and I can’t change. I hate gossip and I hate proud people. I don’t pretend and I’m not proud.

What was the greatest advice you received that contributed to your success at the show and who gave it to you?

That was my sister, I. J, and Aunty Oge Okoye. They advised that I should not pretend but go there and just be Nina. So, I went there and I was Nina; I was me. I didn’t even know Nina until I went into the Big Brother house. But I really wanted to know who Nina was. You don’t really know who you are until you go there (Big Brother), because the platform will define you. It’s exciting. I went to Big Brother and discovered myself.

Did the people you met in the house intimidate you?

Yes, because they were older and very loud. They made too much noise and I don’t like noise. I am not used to loud people. I am a very calm and reserved person. They all wanted their voices to be heard, so it really held me back until they started getting evicted and Biggy’s advice and Miracle’s advice inspired me. They always advised me to be strong. At some point, I was crying a lot and even wanted to go home, but Big Brother made me strong. I noticed Big Brother liked me because of the advice he used to give me. Big Brother showed me love through his advice as a big brother.

What’s your take-away from Big Brother show and how has it built you?

Was it love at first sight with Miracle?

Miracle and I met before we moved into the House. So, we were already friends. It’s just normal, mutual friendship. We met at the audition and got into the house, and before we knew it, nature ran its course. I’m not regretting anything because I found out he was true to me. It wasn’t his strategy.

What attracted you to Miracle?

Wow! He said because I was real he trusted me. He found out that I was very real. And Miracle by nature is very real and open. He doesn’t fear anybody. That was what actually attracted him to me. Miracle is someone you can confide in, and besides, he’s a man of his words. Yes, whatever he says, he does. He promised to be there for me till the finals and he was there for me.

Back in the house, when was your breaking point?

(Laughter) That was when everyone was bullying me.

Why do you think they were bullying you?

They all knew my age and were expecting me to respect them, because I was the youngest. But when they didn’t get that respect, they decided to bully me. So, when Big Brother told me to ignore them, because everybody is equal regardless of age, my vocal chord was activated! I started talking. Initially, I was scared but when Big Brother started telling me these things, I felt I had been liberated and started talking very well.

Who would you like to act with in Nollywood?

I love her personality. Tontoh Dike is my role model; she’s just amazing!

What’s your advice for those who desire to participate in Big Brother 2019?

Go for auditions and pray hard. If it’s you, it’s you. If it’s not you, it’s not you. If they pick you, just go there and live your life. People may not like you if you live someone else’s life, but people will just love you more if you’re true to your real self.