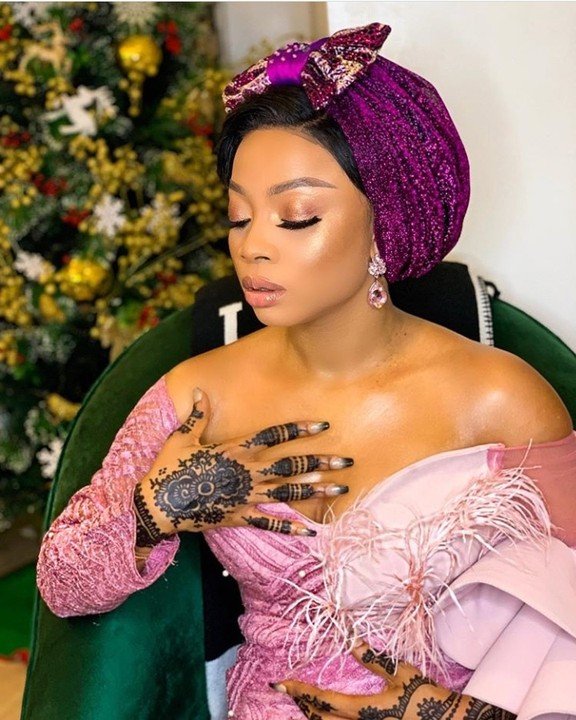 The popular Nigerian media personality, Toke Makinwa stuns to an owambe outing, as she also gives an inspiration for owambe style. 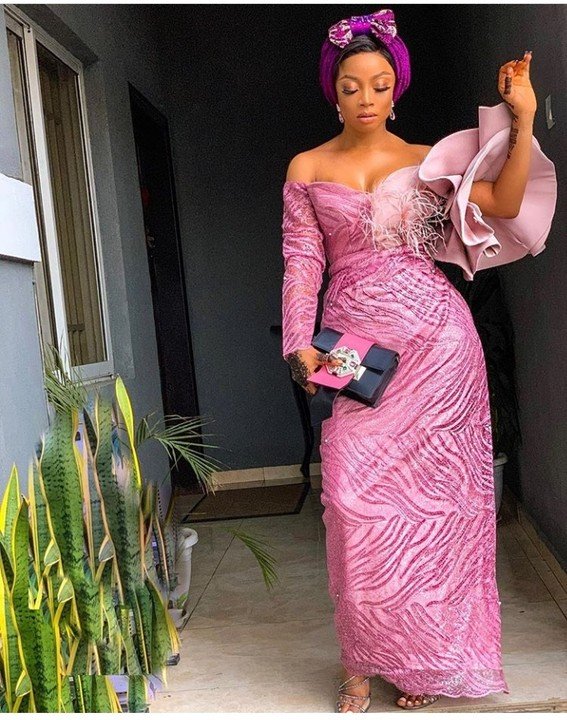 She rocks a pink off-shoulder straight gown with one dramatic sleeve coupled with a magenta turban and a matching chic purse.

Recall last year, toke revealed that the best decision she made last year 2018 was changing the body she hated so much by undergoing plastic surgery in the United States.

Toke was also in court to settle a lawsuit her Ex Husband filed against her book titled On Becoming which was released 2 years ago.