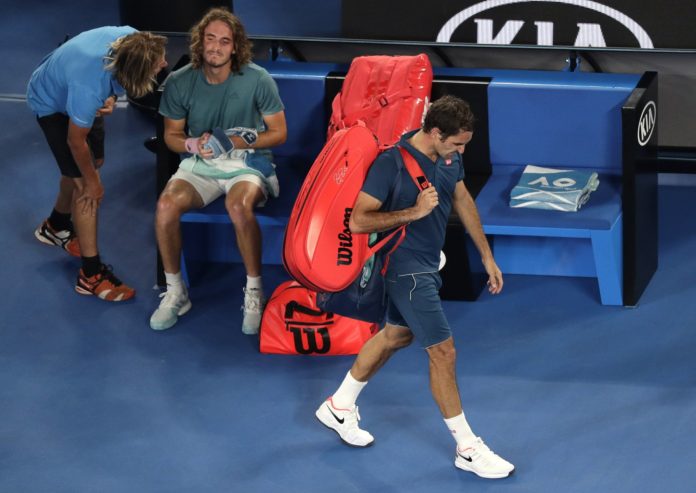 MELBOURNE, Australia (AP) — Even as his uninterrupted dominance of yore dissipated, even as he took the occasional break, Roger Federer always mattered more often than not in the closing days of Grand Slam tournaments. 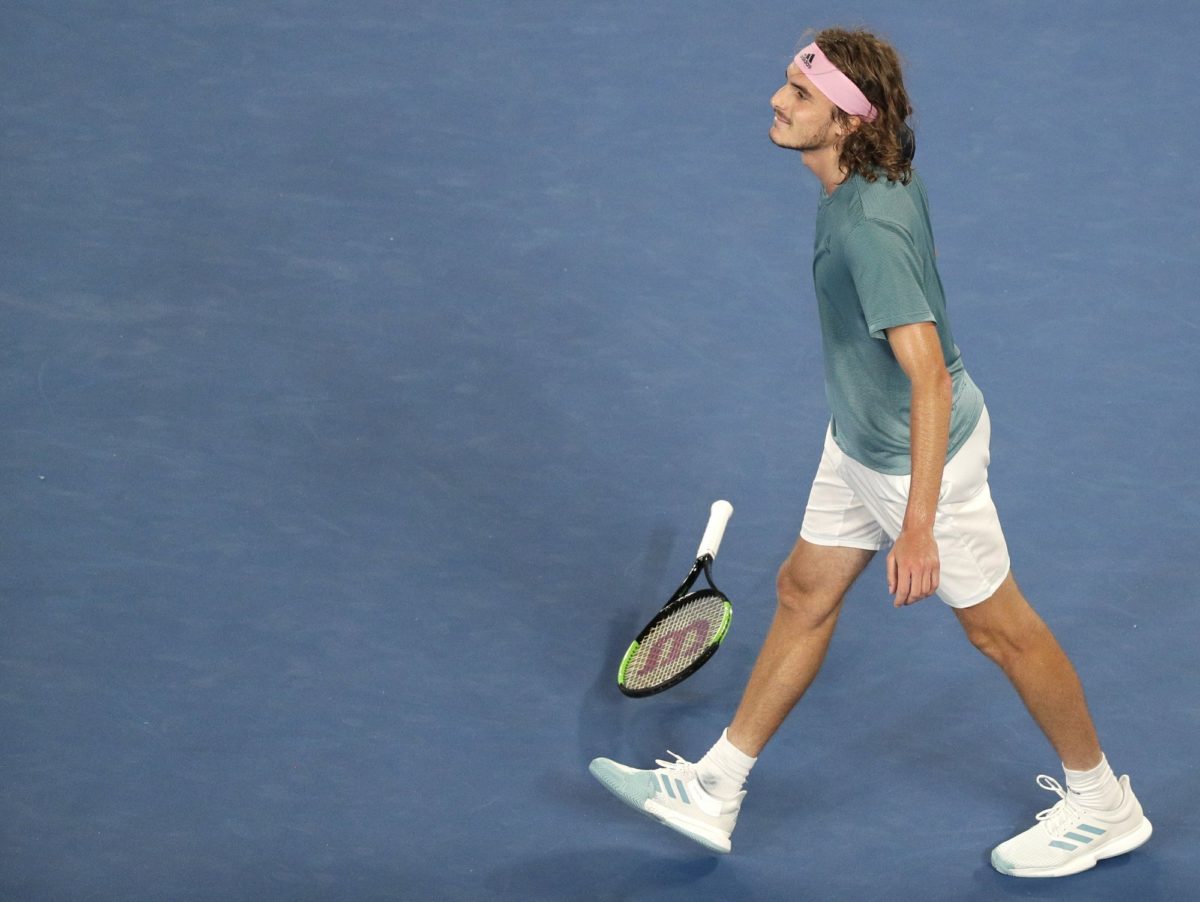 “I have massive regrets,” said Federer, who failed to convert any of the 12 break points he earned against Tsitsipas, the first player from Greece to reach a major quarterfinal.

This loss makes it a fourth straight Slam without Federer in the semifinals: He skipped the 2018 French Open, was beaten at Wimbledon in the quarterfinals and exited the U.S. Open in the fourth round. 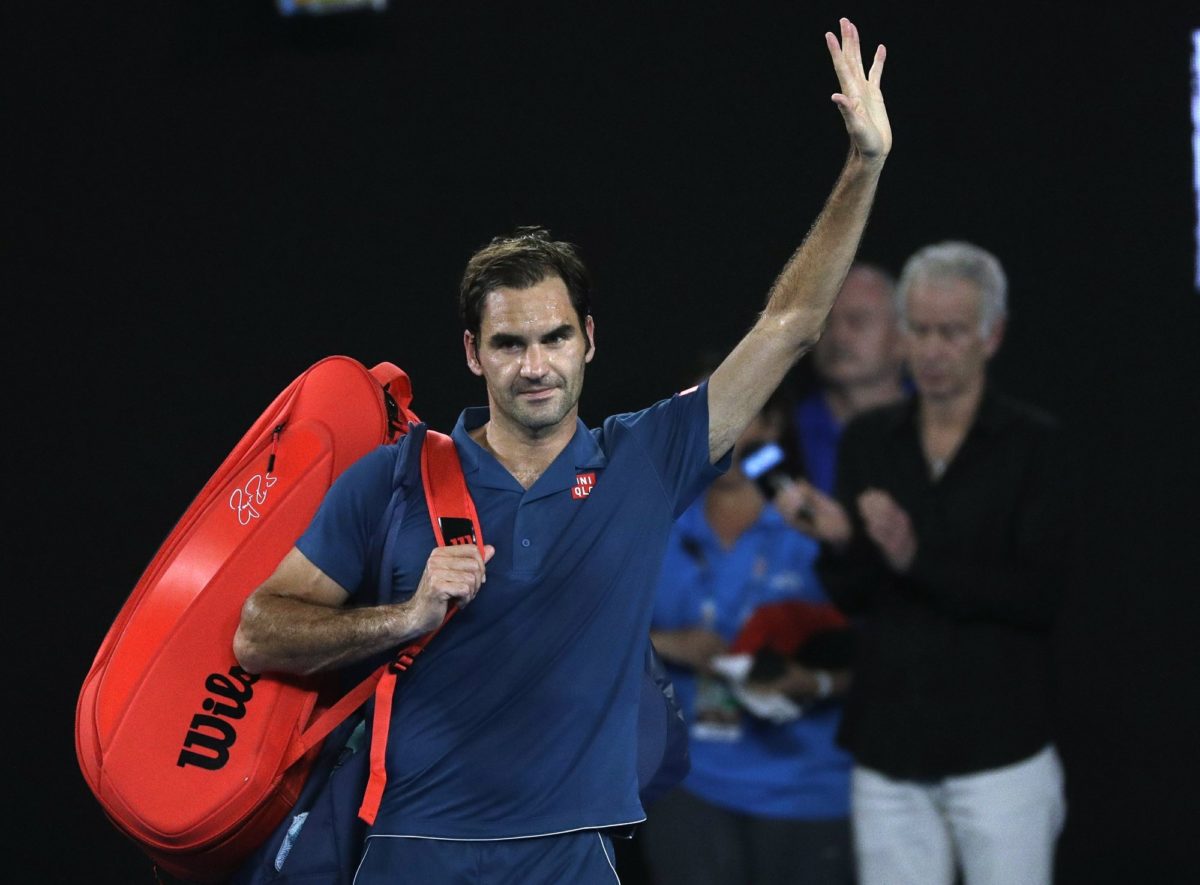 That is his longest such drought since he claimed the first of his men’s record 20 major titles, all the way back in 2003 at Wimbledon.

“Roger is a legend of our sport. So much respect for him. He showed such good tennis over the years. I’ve been idolizing him since the age of 6,” said Tsitsipas, who has worked with Serena Williams’ coach, Patrick Mouratoglou.

“It was a dream come true for me … just facing him,” Tsitsipas said about Federer. “Winning at the end? I cannot describe it, you know.”

Federer was the oldest man left in the field and would have been the oldest quarterfinalist in Australia since Ken Rosewall at 43 in 1977.

Tsitsipas, a lanky guy who kept his scraggly hair in place with a pink headband, was the youngest to make the fourth round this year. He lost his opening match in Melbourne a year ago, when Federer picked up his sixth Australian Open championship.

“For sure, it’s a good win against Roger. I mean, we all know who Roger Federer is, what he has done in tennis. But I still have to keep my focus, keep my concentration on further goals that I want to achieve. That’s a very good beginning. I need to stay humble,” said Tsitsipas, who next faces another player making his quarterfinal debut at a major, No. 22 Roberto Bautista Agut of Spain. “This win is a good milestone, let’s say good first step, as I said, to something bigger.” 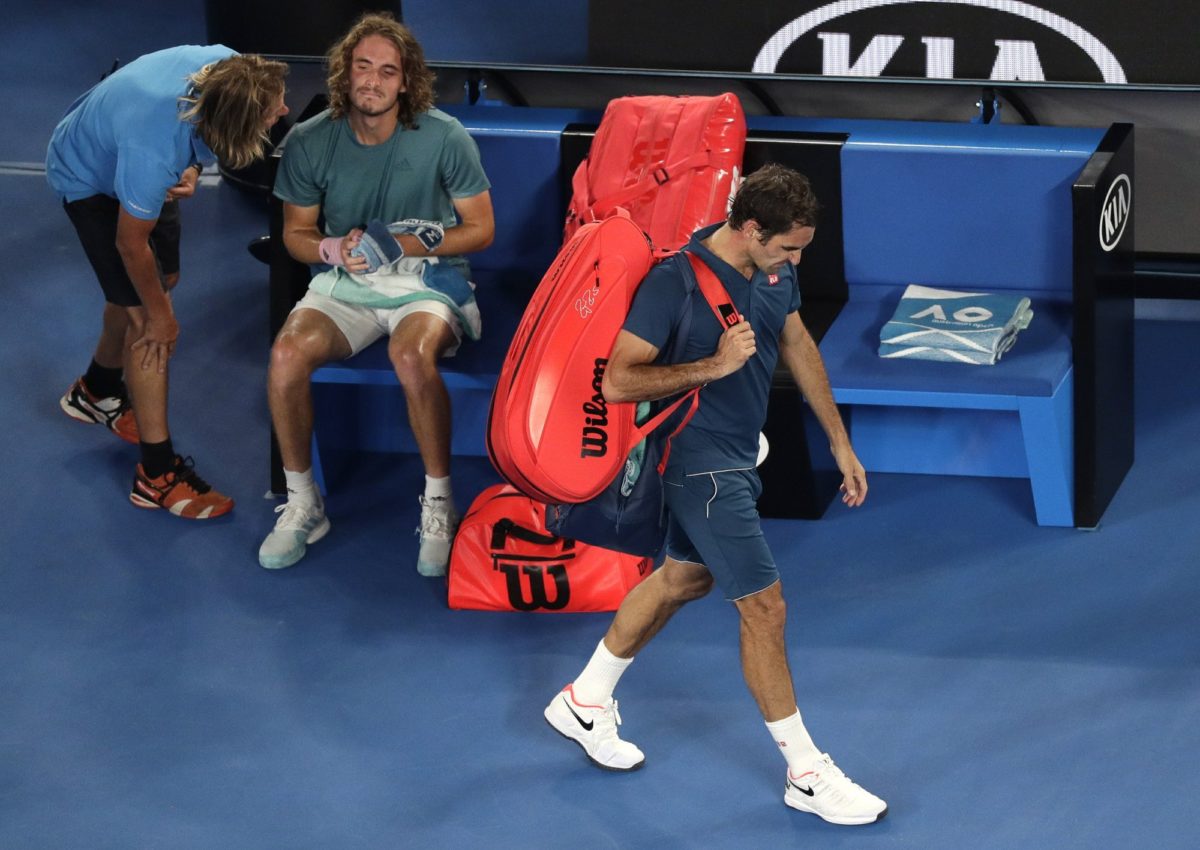 At least Federer was able to crack a joke when asked whether Tsitsipas reminds him of a younger version of himself, replying: “He has a one-handed backhand. And I used to have long hair, too.”

And before anyone writes off Federer just yet, remember that folks have kept trying to do that for quite some time, and he has repeatedly returned to title-winning form. After this setback, Federer announced that he would return to playing the clay-court circuit this season, including the French Open after missing it the past three years.

This match was a thriller from beginning to end, both in terms of the high quality and entertaining style of play from both men — something long expected of Federer. The world is still learning what the 14th-seeded Tsitsipas can do.

His soft hands serve him well on volleys, and he is that rare man who will press forward as often as Federer and have nearly as much success. On this cool evening, Tsitsipas won the point on 48 of 68 trips to the net, while Federer went 50 for 66.

The kid served well, too, compiling a 20-12 edge in aces and, more significantly, staving off all of those break chances that Federer earned: two in the first set, eight in the second, two in the third.

In the opening game of the match, Tsitsipas twice was called for a time violation after allowing the 25-second serve clock — new in Melbourne’s main draw this year — to expire. The second such warning resulted in the loss of a serve, and Tsitsipas proceeded to double-fault, offering up a break point to Federer.

Tsisipas erased that chance with a 123 mph (198 kph) serve initially called out, then reversed on a challenge. Federer insisted to chair umpire James Keothavong that they should replay the point, a request that was denied, drawing the Swiss star’s ire.

That would signal a pattern. At each key juncture, either Federer blinked or Tsitsipas delivered something special.

“Hung in there, gave himself chances at some points, stayed calm. It’s not always easy, especially for younger guys,” said Federer, who was trying to reach his 54th Grand Slam quarterfinal. “Credit to him for taking care of that.”

Tsitsipas never even collected a break point of his own until the third set, and the match was nearly 3 hours old when he finally cashed one in, the only one he would need, when Federer pushed a forehand into the net.

The crowd, sensing something special, broke into a chorus of “Tsi-tsi-pas! Tsi-tsi-pas!”

As is often the case when a youngster outdoes an old master, there was buzz about whether this might signal something more meaningful than one result. Each member of the sport’s long-ruling Big Three — Federer, Rafael Nadal and Novak Djokovic — already had dismissed challenges from the next generation at this tournament.

This, though, was different.

“I see him being high up in the game,” Federer said, “for a long time.”