Romantic movies, you either absolutely hate them or absolutely love them. Either way, they produce strong emotions every time you watch them and because it’s the season of love I’ve put together a list of romantic movies to watch with your cuddle buddy (in no particular order). 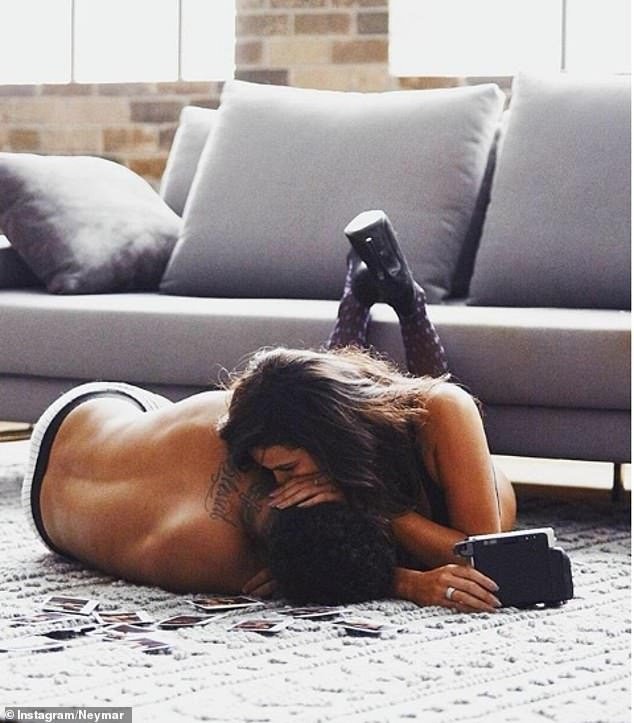 1.) Pretty Woman This is one of the best love stories ever. In the 1990 romcom, a prostitute (Julia Roberts) and a ruthless businessman (Richard Gere) fell in love after he paid her to spend a week with him and all was right with the world. If you haven’t seen it yet, now’s your chance.

2.) The Notebook This one is definitely a tear-jerker. The 2004 romantic drama which is based on the 1996 novel of the same name by Nicholas Sparks follows the whirlwind romance of young couple Noah (Ryan Gosling) and Allie (Racheal McAdams) narrated in the present day by an elderly man (James Garner) who is telling the story to a fellow nursing home resident (Gena Rowland).

3.) Dirty Dancing If you’re looking for something steamy, then this 1987 romantic drama filled with dancing is just right for you. It follows the story of Baby (Jennifer Grey), a young woman who falls in love with dance instructor Johnny Castle (Patrick Swayze) while vacationing at her family’s resort.

4.) La La Land Only the true romantics will appreciate the beauty that is La La Land. This 2016 romantic musical follows the story of Sebastian Wilder (Ryan Gosling), a jazz pianist, and Mia Dolan (Emma Stone), an aspiring actress who meet and fall in love while trying to follow their dreams. I’m not going to tell you more so you’re just going to have to watch it.

P.S. Ryan Gosling is obviously the king of romance and if you don’t like musicals kindly abort this mission.

5.) Sleepless In Seattle This beautiful Christmas love story begins when Jonah (Ross Malinger) calls into a radio show looking for a new wife for his recently widowed dad Sam (Tom Hanks) and a mom for himself naturally. Annie (Meg Ryan) like many other women who listened to the radio program instantly falls in love with Sam.

If I say any more I’m going to end up ruining the whole movie so you’re just going to have to see what happens for yourself.

6.) Like Crazy Like Crazy is a 2011 romantic drama which tells the story of Anna (Felicity Jones), a British exchange student who falls in love with an American student, Jacob (Anton Yelchin), only to be separated from him when she is denied re-entry into the United States after staying back in the country with Jacob longer than her student visa allows.

7.) Bridget Jones Diary Bridget Jones’s Diary is a 2001 romantic comedy based on Helen Fielding’s 1996 novel of the same name, which is a reinterpretation of Jane Austen’s Pride and Prejudice. The movie stars Renée Zellweger as Bridget, our quirky heroine who is single at 32, super worried about her weight and obsessed with her boss Daniel Cleaver (Hugh Grant) and when she meets her true love Mark Darcy (Colin Firth), she can’t stand him

If you’re going to watch this one you might want to throw in the sequels, Bridget Jones: The Edge of Reason and Bridget Jones’s Baby.

8.) Sixteen Candles This classic coming of age drama is for those of us who can’t get enough of teenage love stories. Molly Ringwald and Anthony Micheal Hall star in this movie about a teenage girl, Sam, who is obsessed with Jack, one of the cutest boys in school obviously, and isn’t having the best time on her 16th birthday because her family is totally focussed on her older sisters wedding.

This movie will give you the feels every time you watch.

9.) Love Actually Love Actually is a 2003 romantic comedy which follows the lives of eight widely different couples dealing with issues in their love lives in various loosely interwoven tales all taking place in the month before Christmas in London.

10. The Vow This one’s another tear-jerker which is bound to break your heart if it hasn’t already. The Vow is a 2012 romantic drama inspired by the true story of Kim and Krickitt Carpenter which stars Rachel McAdams and Channing Tatum as the Collins, a couple who were involved in an accident that led to the wife’s loss of her short term memory and trying times for the young couple. Are you crying already? Great, go and watch the movie.

P.S. Racheal McAdams is the queen of romantic tear-jerkers.

Pat (Bradley Cooper), a man with bipolar disorder who is released from a psychiatric hospital and moves back in with his parents, played by Robert De Niro and Jacki Weaver. Determined to win back his estranged wife, Pat meets recently widowed Tiffany (Jennifer Lawrence), who offers to help him get his wife back if he enters a dance competition with her. Along the line, the two find themselves falling in love and Pat realizes that Tiffany might just have a lot more problems than he does.

12.) Titanic
We all know what happens in this 1997 classic starring Leonardo DiCaprio and Kate Winslet as Jack and Rose so I’m not going to say anything about it. I don’t like this movie, I really hate it but I had to put it on this list because I know some of you will be expecting it.

Now that you have your movie list, go forth and enjoy Valentine’s Day, bae or no bae.

No sex before marriage is not in the 10 commandments – Relationship expert, Amara Nwosu’s ex-husband, Francis Van-Lare says

10 things Couple fight about the most