Lagos State Governor, Mr Akinwunmi Ambode on Tuesday presented the year 2019 budget proposal of N852.316billion to the House of Assembly, with a pledge that it had been carefully prepared to be all-encompassing and dedicated to complete major ongoing projects in the State. 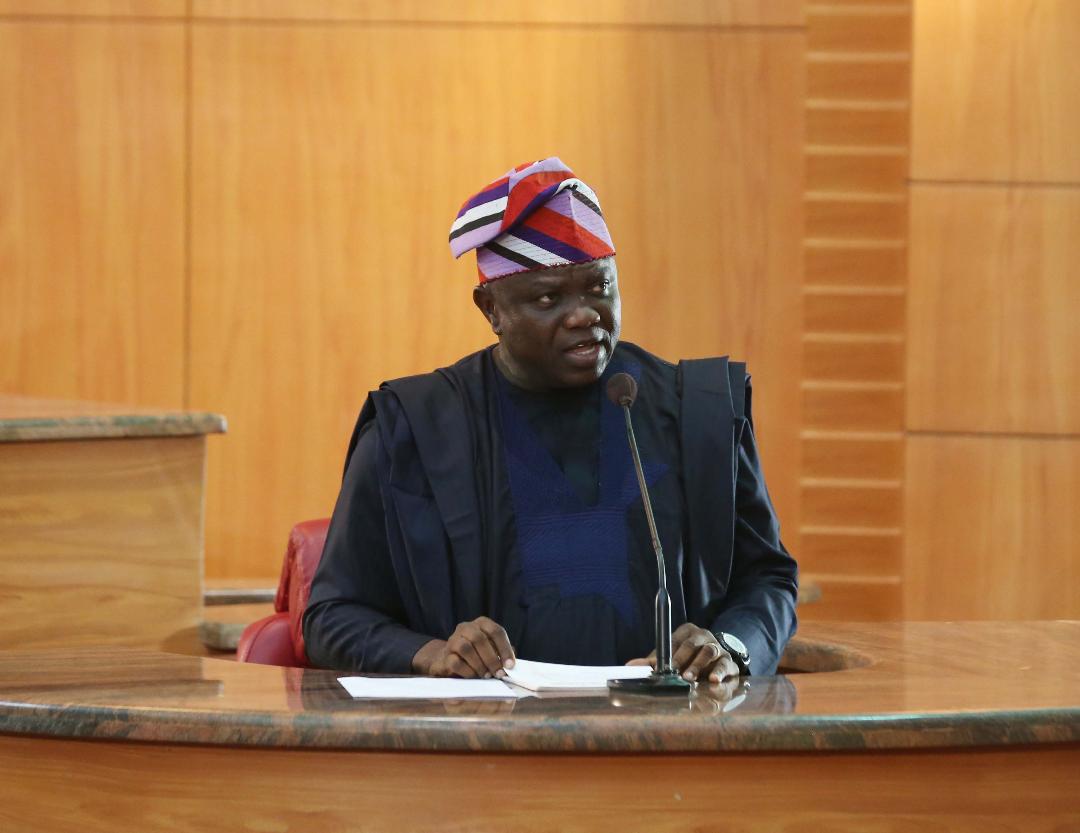 The Governor said N462.757billion representing 54 percent of the total budget size had been earmarked for capital expenditure, while N389.560billion representing 46 percent had been dedicated to recurrent expenditure, saying that key projects such as the Oshodi-Murtala Mohammed International Airport Road and Oshodi Interchange Terminal, among others would be completed.

He said from inception of his administration, nine key areas were given priority after careful assessment of the needs of the citizens, adding that such had informed the massive investment in the said sectors which he listed to include security, transport / traffic management, economy -including tourism and agriculture, housing, education, health, infrastructure – social and physical, water, wealth creation – skill acquisition/microfinance, e-Governance and enhanced capacity building, sustainable environment and smart city projects.

Giving details of what informed the budget size, Governor Ambode said the performance of Y2018 budget of N1.046trn as at November 2018 stood at 60 percent owing to reduction in revenue projections, while the total revenue stood at N530.192billion.

According to him, “In the outgoing year, however, we experienced a reduction in our revenue projections, which affected our projected performance and our desired implementation of the Y2018 Budget.

The overall Budget performance as at November 2018 stood at 60 per cent/N574,206billion with actual cumulative total revenue of N530,192billion/64 per cent, Capital Expenditure closed at N311,930billion/49 per cent and Recurrent Expenditure performed at N262,276billion/82 per cent.

“In preparing the Year 2019 Budget, therefore, we were very mindful of the out-going year performance, the yearnings of our people and the fact that we are going into an election year. 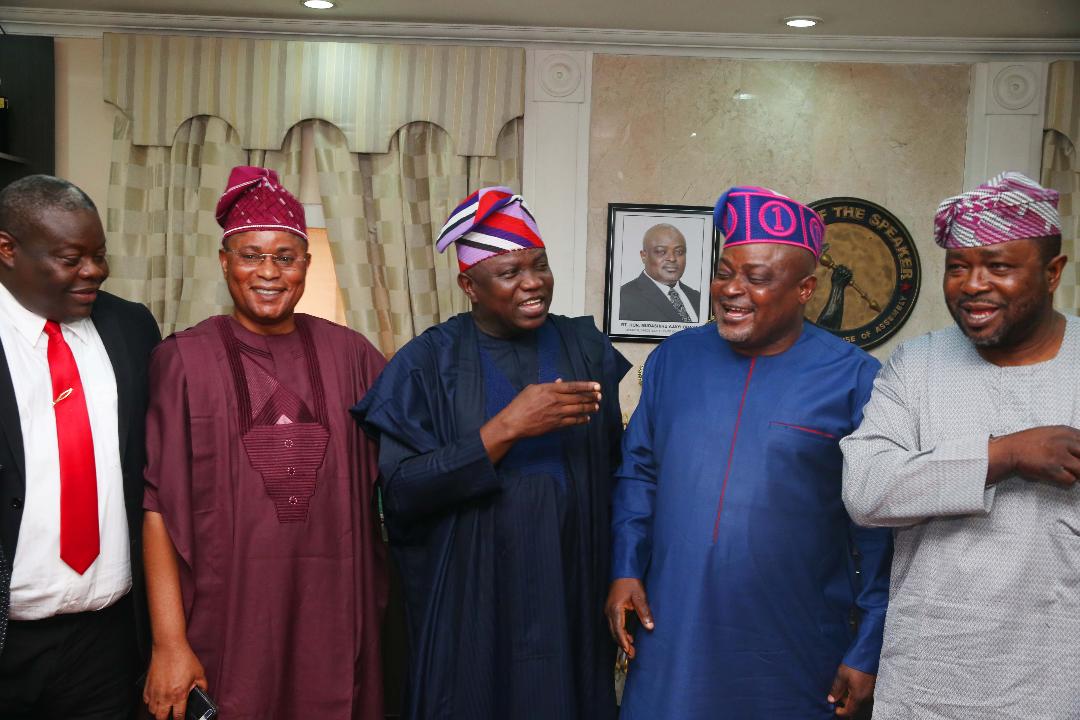 Consequently, we are today presenting a Budget that will be all-encompassing, reflect the level of resources that will be available and with special consideration to the completion of major on-going projects in the State.”

While outlining the key components of the Y2019 budget and the sectoral allocations, the Governor said with priority given to completion of major infrastructure projects and smooth transition to the next administration, the government was proposing a total budget size of ‘N852,316,936,483,’ including a deficit financing of N77.086billion which is expected to be sourced from internal loans and other sources.

He added: “The projected total revenue for Year 2019 is ₦775.231billion, of which₦606.291billion is expected to be generated internally, ₦168.940billion is expected from Federal Transfers while a total of ₦77.086billion will be sourced through deficit financing within our medium term expenditure framework.

“In 2019, as was with our previous budgets, Economic Affairs still dominates the sectoral allocation of the proposed budget.

This is due to our continued focus on the completion of major on-going projects such as: Oshodi-Murtala Mohammed International Airport Road; Agege Pen Cinema Flyover; Phase II of Aradagun-Iworo -Epeme Road, Oshodi Interchange Terminal; completion of JK Randle Complex, Onikan Stadium; Imota Rice Mill; Renovation/Furnishing of Lagos Revenue House, amongst others in order to meet their specified deliverable outcomes without any bias or prejudice to others.”

Expressing optimism that the revenues of the State would improve in 2019, Governor Ambode said the government had begun consolidating on the already established public financial management and technology-driven revenue reforms through data integration and use of multi-payment channels, just as he said that every strata of the society would benefit from the budget.

“The Year 2019 Budget has been carefully planned to accommodate all and sundry; women, youth and physically challenged, young and old. We will continue to spread development to all part of our state even as we embark on effective transition knowing fully well that the implementation, failure or success of the Budget depend on all of us,” he said.

Besides, Governor Ambode commended the Speaker and members of the Assembly for the support accorded his administration in the last three and half years, while also acknowledging the role of Royal Fathers, Religious leaders, members of the Business Community, Professional Bodies, Development Partners, Non-Governmental Organisations, public servants and all residents as well as members of the fourth estate of the realm for their various support and contribution during the lifespan of his administration. 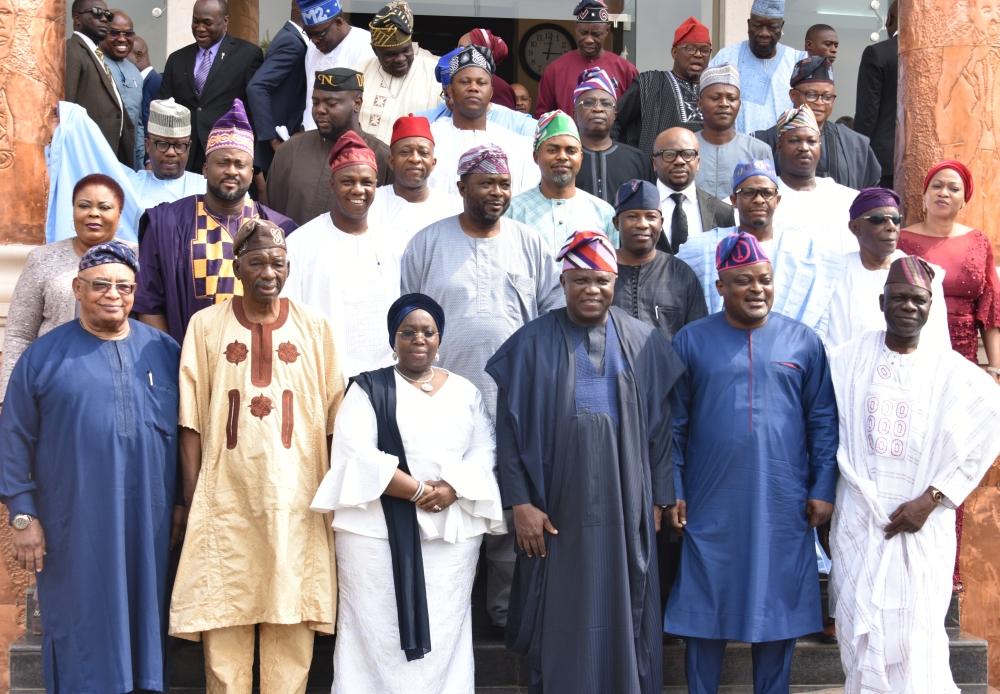 In his remarks, Speaker of the House, Rt. Hon Mudashiru Obasa expressed optimism that the budget would be of great benefit to the people of the State, just as he assured that the House would work with the executive to pass the budget.