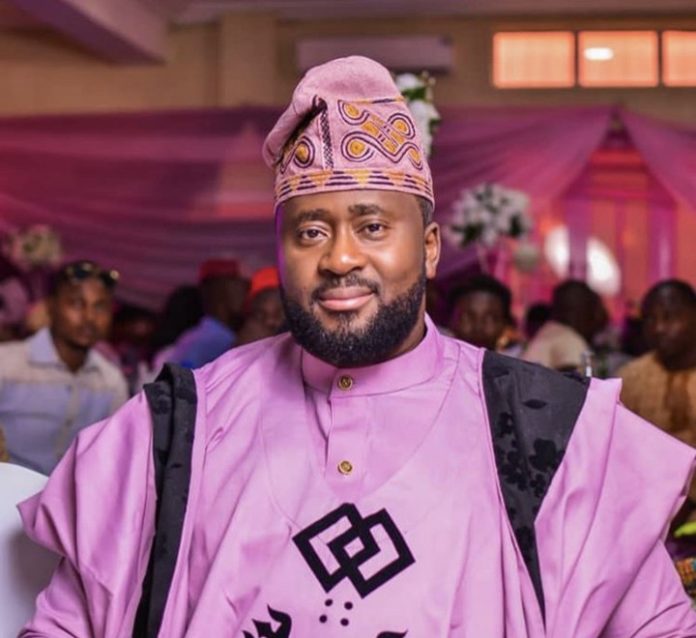 Nigerian actor and politician, Desmond Elliot gave a hilarious response to a man who said he needed money to buy a new generator to replace his old one. 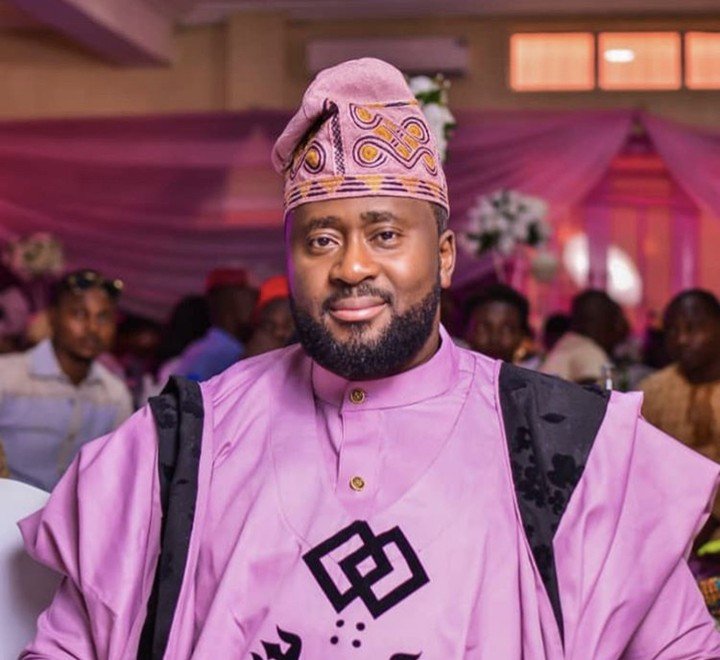 The Lagos state honorable was sent a tweet by a follower of his, begging that his faulty generator be replaced by Desmond, since it got knocked.

According to the man, he is a barber and he does not have money to get another one.

Desmond then replied him that he can afford to give him money to ring his generator not to buy a new one because that is what he also does.

According to Desmond, everyone must learn to mange resources well in this period, till Nigeria reaches a fulfilled destination. 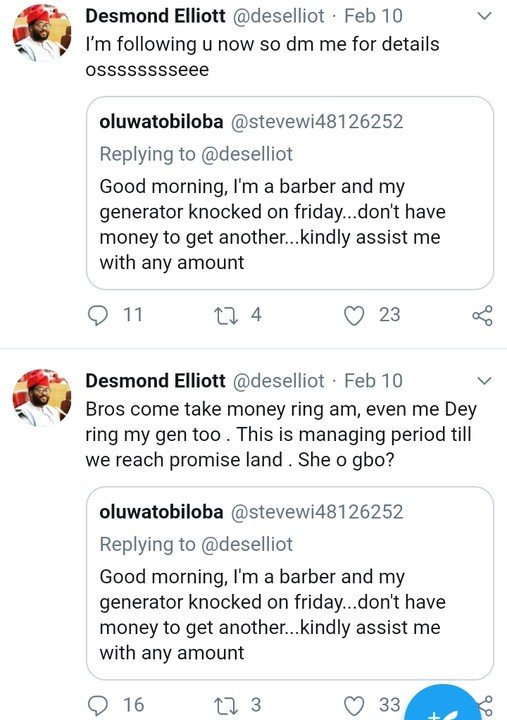