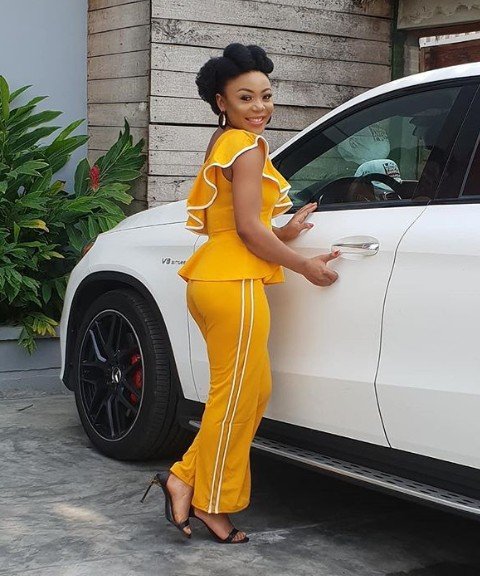 Ifu Ennada has joined the growing list of Big Brother Naija ex-housemates who bought a new car, after leaving the reality show.

Ifu Ennada who showed off her new car on Instagram, wrote; 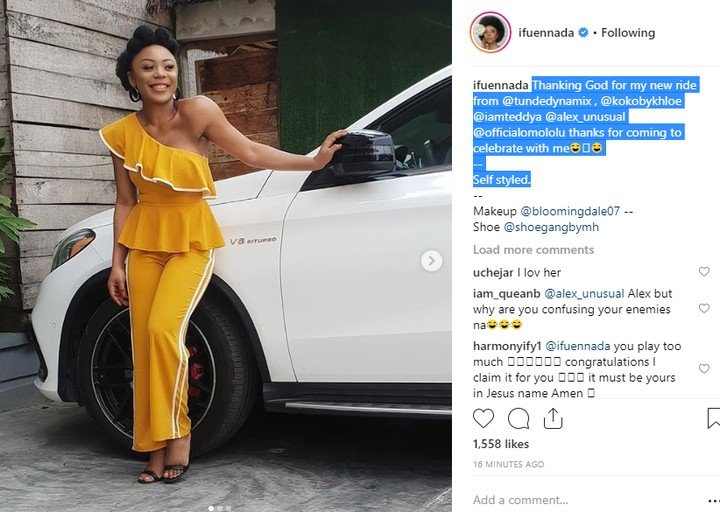 Recall almost a year ago the Double Wahala Housemate revealed she was raped, she took to her instagram handle, @ifuennada on back in march 2018 to make the revelation citing an unnamed personality in the entertainment industry as the rapist. 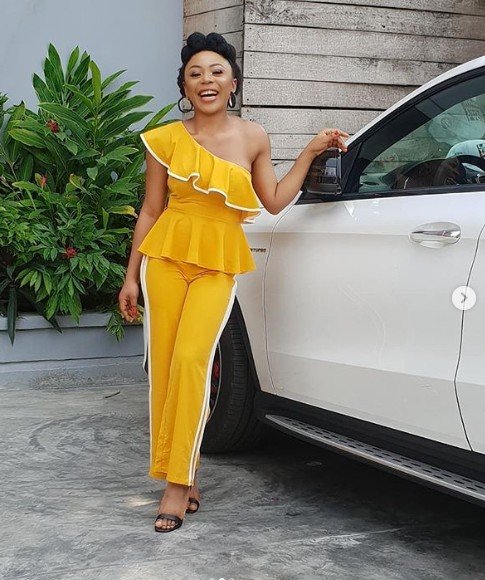 The BBNaija contestant said that she has already documented her ordeal in her latest short story film titled, `Tears of A Broken Virgin.’

According to her, during her stay in the BBNaija House when emotions were raised during a `Truth or Dare game,’ she affirmed that she had not really had sex.