Davido had an exchange with Kwam 1’s daughter, Dami Marshall who trolled on Banky W for leading in the Eti-Osa House of Representatives election.

This came after Davido tweeted that Banky W’s party, Modern Democratic Party, MDP is the future.

Kwam 1’s daughter who reacted to the tweet, asked for same candidate to be brought to Mushin or Oshodi area of Lagos and see if he will win.

Here’s a screenshot of the exchange between Davido and Kwam 1’s daughter who trolled on Banky W below; 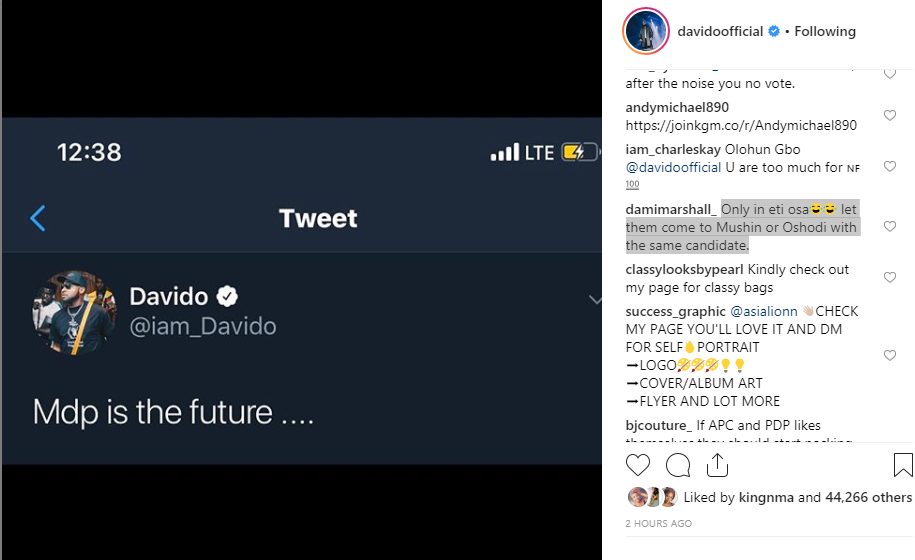