Home Entertainment Did The Oba Of Lagos “Leave His Throne For Buhari” Yesterday? 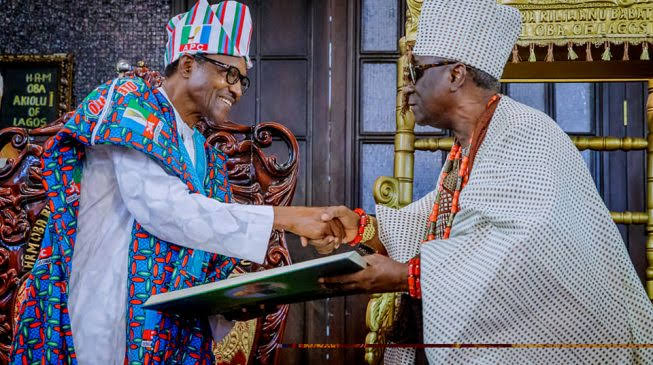 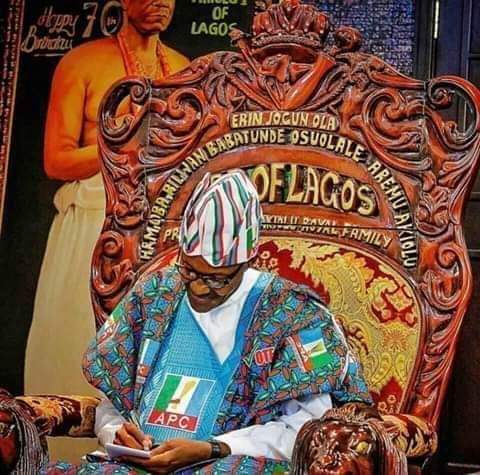 If another monarch visits the palace, for example, if the Emir of Kano visits the Oba of Lagos, then the Emir will sit on one of the other thrones.

There are usually 3 thrones because, according to protocol, when the president visits a state, he usually visits the most prominent traditional ruler in that state and the governor, as his host, usually accompanies him on that visit.

So that traditional ruler would usually sit on the biggest throne (in the middle), the president would sit on his right and the governor on his left. 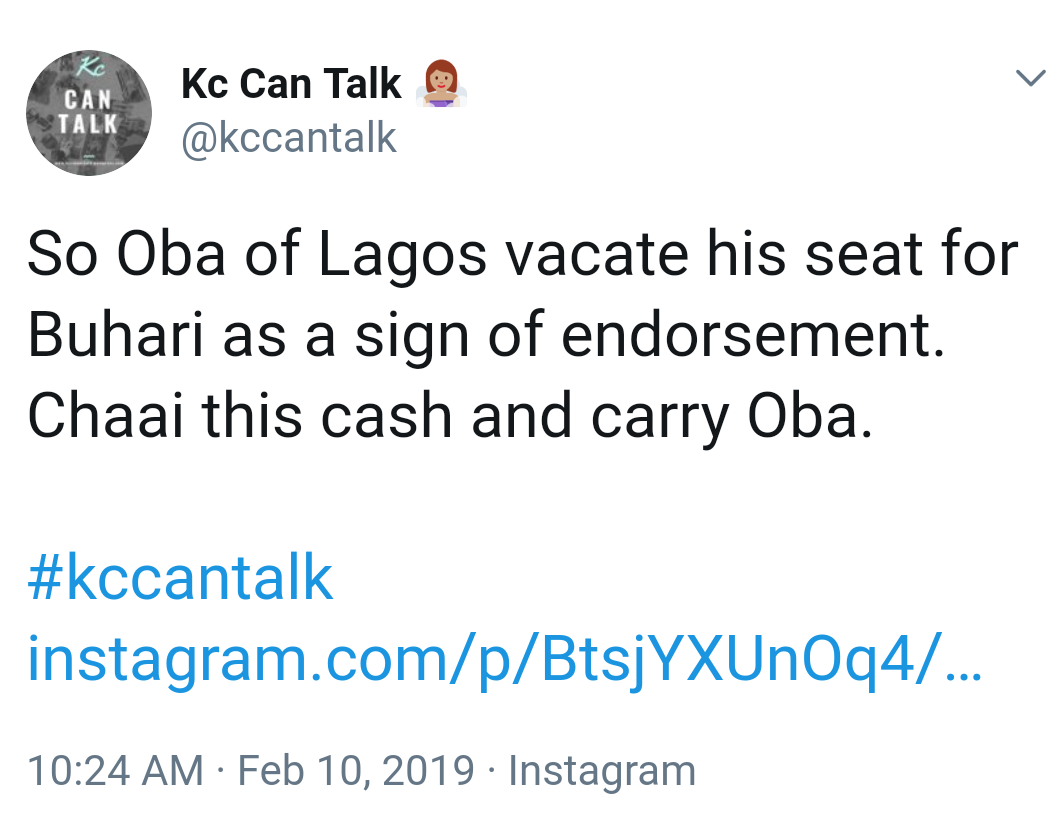 However, in recent months there have been some crazy threads on Twitter and Nairaland in which some people have alleged that the monarch “left his throne” for another person and that the monarch has therefore “desecrated Yoruba culture”.

So, for example, when Pastor Adeboye visited the Ooni of Ife, some people posted a close up picture of Adeboye sitting on a throne and claimed that the Ooni “left his throne for Adeboye”.

Similarly, this morning someone posted a close up picture of Buhari sitting on a throne at Iga Idungaran and claimed that the Oba of Lagos “left his throne for Buhari”.