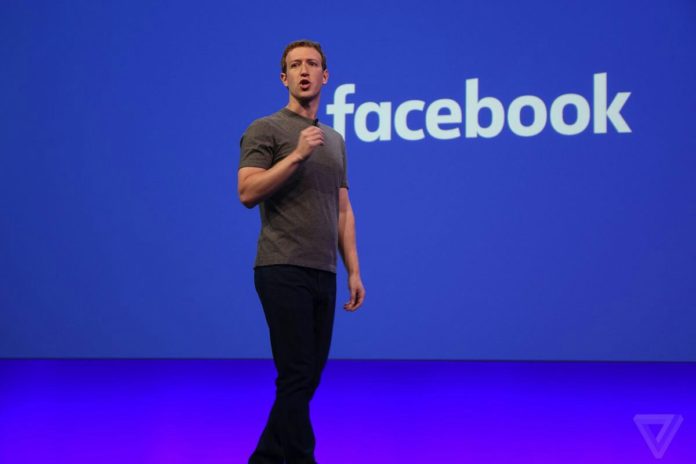 CEO of Facebook, Mark Zuckerberg, has taken to his Facebook wall to celebrate after the American online social media and social networking service company is 15 years old yesterday.

Below was his full message:

“Fifteen years ago today, I launched the first version of the Facebook website from my college dorm.

At the time, it struck me that there were many websites to find almost anything — books, music, news, information, businesses — except for what actually matters most: people.

So I built a simple website organized around people, where we could connect with the people we wanted and share what was important to us.

This desire to express ourselves, learn about each other, and connect in new ways was greater than I’d imagined. Within a couple of weeks, two-thirds of Harvard students were using Facebook almost every day.

In the next couple of months, students from other places emailed me and my roommates to launch at their schools, and we opened at almost 30 schools. Within a year, more than one million students were connecting on the site. In a couple of years, we were working on making the service available to everyone.

That first decade of people wiring up their networks was an exhilarating time. Many outsiders dismissed what was happening as a fad or inconsequential, but for those of us using these services from the early days it was clear something special and important was happening that reflected a new reality of how the world works today.

Much of people’s experience in the past was defined by large hierarchical institutions — governments, mass media, universities, religious organizations — that provided stability but were often remote and inaccessible.

If you wanted to progress, you worked your way up the ladder slowly. If you wanted to start something new or spread a new idea, it was harder without the blessing of these institutions.

Our current century is defined more by networks of people who have the freedom to interact with whom they want and the ability to easily share ideas and experiences.

Facebook is far from the only network enabling this change — it’s part of the broader trend with the internet.

Before the internet, if you had different views or interests from the people in your neighborhood, it was harder to find a community that shared your interests. If someone you knew moved away, you’d often lose touch.

If you wanted to raise attention for an issue, you usually had to go through politicians or the press — someone with the power to distribute your message. If you wanted to reach new customers for your business, you often had to buy expensive ads or billboards.

I’ll never forget how right after we launched News Feed, we saw millions of people organize marches against violence in Colombia. We saw communities come together to do viral fundraisers.

Now, you can connect with anyone and use your voice. You don’t have to go through existing institutions in the same way.

People now have much greater power, and that creates opportunity, but also new challenges and responsibilities.

If the first part of this century was about wiring up these networks, the next phase will be about people using these networks to redefine every part of our society.

This will require finding the right balance between the freedoms and responsibilities of a connected world.

For the last couple of years, most of the discussion has been about new social and ethical issues that these networks raise — whether that’s governing content to balance free expression and safety, the principles for protecting privacy in a world where people share so much information, how to improve health and well-being when we’re always connected, and ensuring the integrity of our elections and democratic process.

These are all critical issues, and we have a responsibility to manage these networks more proactively to prevent harm.

We’ve made real progress on these issues and built some of the most advanced systems in the world to address them, but there’s a lot more to do.

We’re now taking steps that wouldn’t have been possible even just a few years ago — for example, this year we plan to spend more on safety and security than our whole revenue at the time of our IPO, and the artificial intelligence required to help manage content at scale didn’t exist until recently. But as people use these networks to shape society, it’s critical we continue making progress on these questions.

At the same time, there is another force at play as well. As networks of people replace traditional hierarchies and reshape many institutions in our society — from government to business to media to communities and more — there is a tendency of some people to lament this change, to overly emphasize the negative, and in some cases to go so far as saying the shift to empowering people in the ways the internet and these networks do is mostly harmful to society and democracy.

To the contrary, while any rapid social change creates uncertainty, I believe what we’re seeing is people having more power, and a long term trend reshaping society to be more open and accountable over time.

We’re still in the early stages of this transformation and in many ways it is just getting started. But if the last 15 years were about people building these new networks and starting to see their impact, then the next 15 years will be about people using their power to remake society in ways that have the potential to be profoundly positive for decades to come.

When I started Facebook, I believed that we all have a deep desire to focus more of what we do around people — not just content, commerce, companies, apps, or politics.

I still believe this today, and I’m grateful to everyone in our community who believes this too and is building this world every single day. Here’s to a great 15 years to come.”

BBN – Alex fires back at fans who criticized her for posting videos of...

Johnson Olumide - May 12, 2020 0
Big Brother Naija ex-housemate, Alex fired back at critics yesterday over videos of her on a bike. Alex and her manager, Naomi were on their way to...

Johnson Olumide - December 20, 2019 0
Reddit Co-founder Alexis Ohanian has denied divorce speculations raised by a concerned follower who noticed he and his wife Serena Williams are no longer...

Violette - July 7, 2020 0
It is no more news that the Big Brother naija reunion is rounding up. And one of the housemates known as Venita has broken down...

You Glow Differently When You’re Not Hating – Actress Tonto Dikeh Shade Critics In...

Violette - November 14, 2019 0
Veteran Nollywood actress, Tonto Dikeh seems to be fed up with critics and trolls as she takes to her Instagram Page to aim dig...