Nollywood actress Georgina Onuoha has called out media giant CNN for not covering Nigerian elections, which held across the country yesterday.

The actress accused the American Media outfit of being biased as they obviously covered the recent elections held in America’s Venezuela, while they ignored that of Nigeria, an African country, which obviously was marred by violent in some regions.

CNN why are you guys not covering the elections in Nigeria where innocent citizens trying to exercise their civic rights are be gunned down?

Nigeria �� is the biggest democracy in Africa with almost 200 million people, yet you guys have no decorum and are only interested in Valenzuela. It’s a shame. Is it because we are Africans? Or you have selected democracies you cover? This is morally wrong. 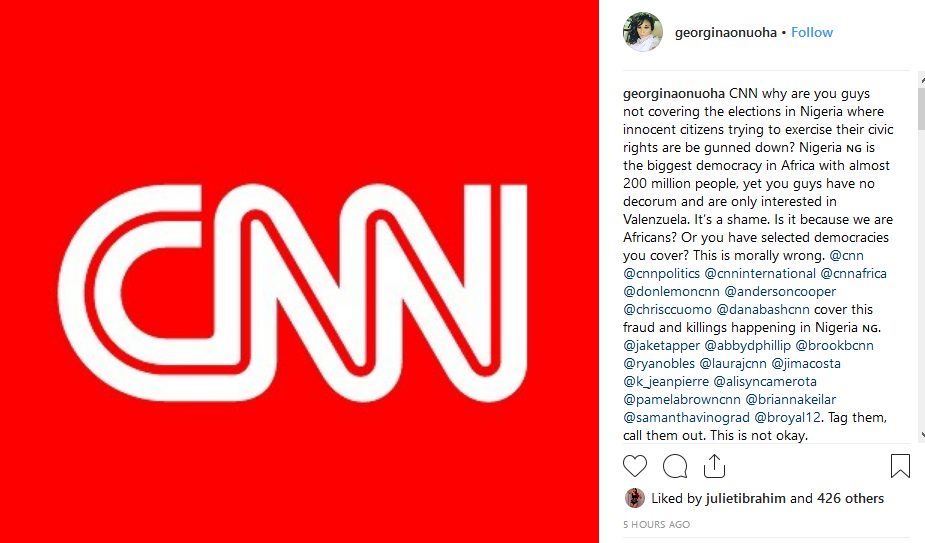