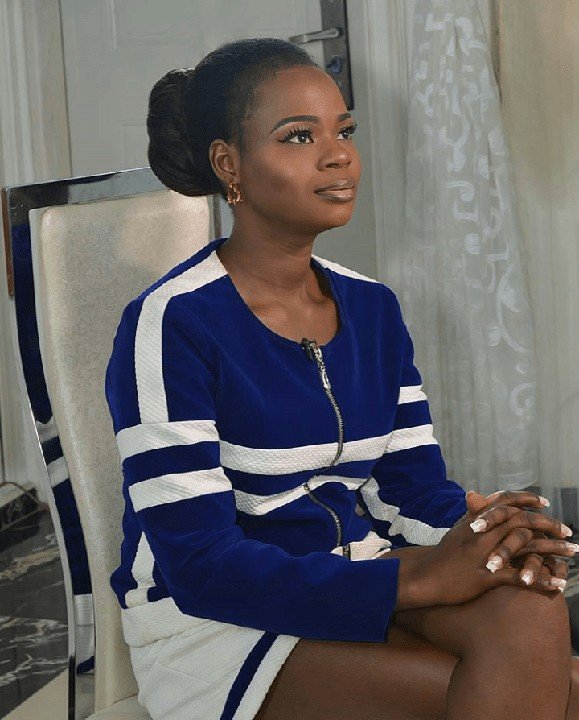 Olajumoke Orisaguna has reacted to the allegation made by her husband in a report which went viral last week, as she stated that God will judge between her husband and her.

The model whose life changed after she walked past the location where photographer, TY Bello, was having a photo session with London-based rapper, Tinie Tempah, in 2016 denied all the allegations made by her man in an interview with Sunday Scoop.

Olajumoke who also denied any rift in their relationship amidst claims of being rude and talking to her husband recklessly, said in the new interview;

“Anybody can say whatever pleases them with their mouth. He is the one that has been spreading such stories. When a man knows everything about you, he can choose to do whatever with that information. As for me, I am okay and there is nothing wrong with me.”

“Whatever is going on is known to God. We are still together. He has never discussed all what he has been saying outside with me, so I don’t understand what he is driving at because we sleep in the same house.

“Well, he can continue saying whatever pleases him but I will not say anything bad about him. There is nobody I will discuss his matter with; I just leave him to God. God will judge between us.”

On if she no longer gave him money, the model said;

“Now you understand what I have been saying. I do not need to break it down beyond that; you already know what I mean. I will not say anything bad about him. I have handed him to God.”

Refusing to categorically reveal her future plans as regards building a house, the former bread seller said, “There is nobody that would pray to live in a rented apartment for five years, and at the end of that time, not have something tangible to call his or her own. However, it is not everything one plans to do that is made public. One has to keep certain things within one as an elder. We all know where the shoe pinches.”

On things going downhill for her after she left her former manager, Azuka Ogujuiba, Olajumoke said;

“Azuka was one of the people that assisted me at the inception of my career. She is usually busy and that is why I decided to change my manager. I still communicate regularly with Azuka and we have even spoken today (Thursday). She and TY Bello are like sisters to me.”

“I have always been a good manager. Even when I was working in the bakery, I knew how to manage the resources available to me. Can you imagine a man not working for two years and being fed by a woman?”