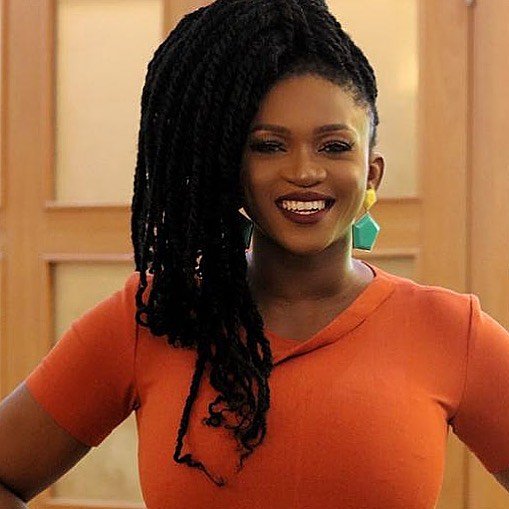 The singer debuted as an actor in ‘Tunnel’, alongside Femi Jacobs, Patrick Doyle, Nse Ikpe-Etim, among others in 2018.

In a chat with Showtime, the singer explained why she accepted her first movie role. According to her…

“I accepted my first movie role because when I read the script I fell in love with it. I felt it was an interesting story. I was curious as to how I would play the role because I was to play the role of a lady, Sade, who was married, and I’ve never been married.

So, it was interesting to find out how I was going to play the role. It was also about the message in the role, I just wanted to know, and I think it was just curiosity”, she said.

According to her, her first time experience on set was amazing but scary.

“It was amazing because I was scared at first, but I tried my best. Nse Ikpe-Etim is like a big sister to me, she has always been a good friend so she guided me all through. She literally coached me as we went on. She and Femi Jacobs made it an easy task for me.”

Speaking on the media establishment, she recently partnered with Omaumi to set up, she said;

“Hermanes Media has been in existence before now but it wasn’t a formal transaction. We used to come up with ideas so we just thought that it doesn’t make sense if two people are this creative, have been in the industry and have so much to offer and we don’t do it.

We’ve been talking about it for a while so we decided that it’s time we formalize it. You know it gets to a point as a musician that it’s not necessarily about the music, we have more we want to offer our listeners? So Hermanes Media would be a good way to offer more to our listeners”, she said.

Violette - March 16, 2020 0
Alex Ekubo is a Nigerian actor and a one time finest boy in Nigeria award winner opens up a slay queen that sleeps and...

Violette - February 10, 2021 0
Fast-rising Nigerian rapper Lil Frosh has been remanded in Ikoyi prison over allege assault on his ex-girlfriend, Gift Camille. The rapper was arraigned at the...

Petition to bring back Tunde Ednut’s IG account begins with over 3,000 signers (Screenshot)

Violette - December 24, 2019 0
The fans of reality star, Tacha has shown how much love they have for their idol as they continue to lavish her with gifts. Tacha...

Violette - July 1, 2020 0
As difficult as Nigeria is, Ehi the CEO of Sayaveth is making progress in her interior decoration business. Ehi Ogbebor who became a woman of...