Home Entertainment I Received About 50 Messages From Ladies After My Divorce Prank –...

Comedian Seyi law who a new interview recounted the drama that played out after his divorce prank, disclosed that he received 50 messages from ladies. 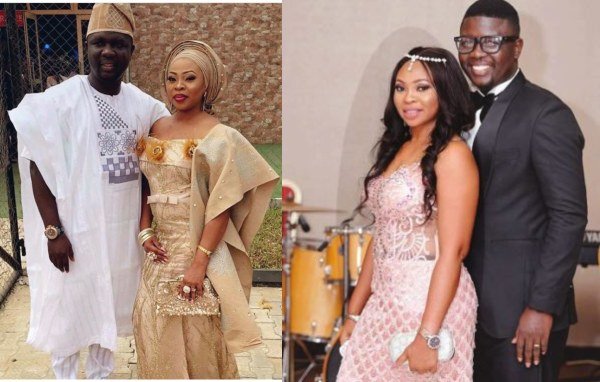 According to the comedian, the ladies didn’t wait for loose ends to be tied before trying to start off a romantic relationship with him. Recall that the Seyi Law had written few days ago on Instagram;

“Due to irreconcilable differences would have been enough to announce this, but the kind and beautiful heart of my ex-wife must be stated. She is one of the best women I have ever known. It is however sad, that I announce that my wife and I have decided to part ways for good. We will appreciate your love and support at this time. God bless you. Tiwaloluwa is safe and good.”

In an interview with Saturday Beats, seyi law said the he was on the plane when the inspiration to play the divorce prank came to him.

“I thank God for a good and understanding wife; I didn’t take permission from her before playing that prank. When she saw it, she couldn’t reach me because I was still on the plane. People had been calling her repeatedly. Also, when I landed, my phone rang repeatedly. I called her to explain things to her immediately we saw each other.

“She said I should have carried her along because she didn’t know what to tell people when they called her. My wife is my number one critic; that is the beautiful thing about my marriage,” he said.

He further stated that his social media page had a lot of traffic after the prank.

“I had over 80,000 hits on my Instagram page that day; my followers grew by over 3,000 within 24 hours. I had over 50 ladies hitting on me with direct messages; that’s to tell you how mad the world can be. I don’t want to talk about what the ladies were saying for now,” he said.

Seyi Law, First Lady of Lagos State,Tonye Cole, , others step out for the...

Johnson Olumide - May 17, 2018 0
Anita Joseph understands the quality of her natural endowments, bum, hips and bosom and she never fails to use them to drive traffic to...

Violette - July 30, 2021 0
American actress Scarlett Johansson is suing Disney over Black Widow's streaming release, claiming that the decision to debut the film simultaneously in theaters and...

Violette - July 1, 2020 0
The Nollywood actress and on screen character which is known as Inem Peter  flaunts her backside in new sexy photographs. Inem Peter is a very...