Girona made history, as they came from behind to defeat Real Madrid at the Santiago Bernabeu, in a thrilling encounter. 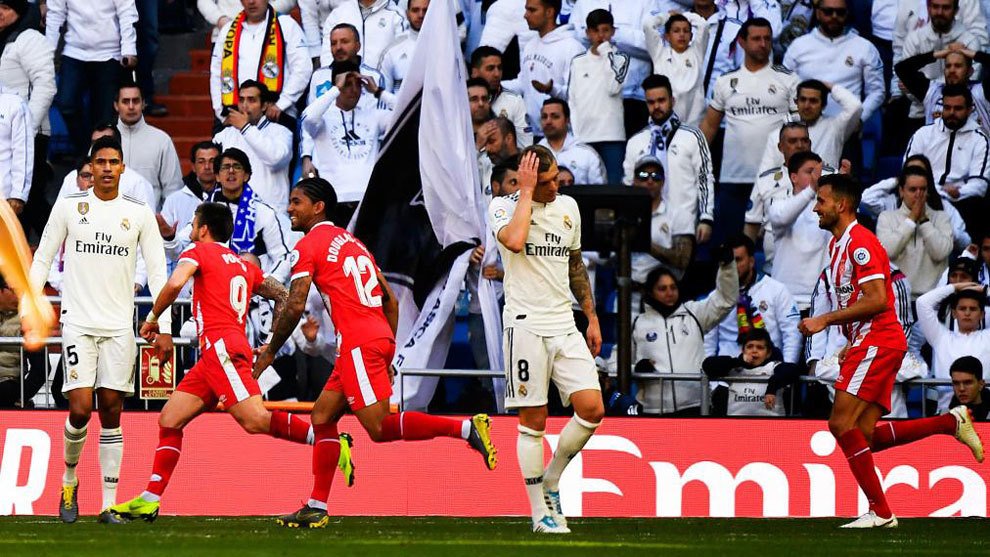 Cristhian Stuani scored his 13th La Liga goal of the season and Portu headed a famous winner as relegation-threatened Girona claimed a 2-1 comeback win away at Real Madrid.

Santiago Solari’s side looked on track for a sixth straight victory in the league following Casemiro’s first-half header at the Santiago Bernabeu on Sunday.

But after Sergio Ramos was punished for a handball in the penalty area, Stuani stepped up to convert a spot-kick and Girona’s battle against relegation was boosted by a stunning winner.

Thibaut Courtois weakly parried Anthony Lozano’s effort back into the danger zone and Portu was on hand to steer the rebound past the Madrid goalkeeper, with captain Ramos then dismissed in the last minute as he tried to equalise with an overhead kick.

Madrid now have a rare clear midweek with no games until next Sunday’s LaLiga trip to Levante.