Ghanaian singer, Sista Afia has denied being the lady in a s£x video which shows a man allegedly putting his foot into her pr!vate part. 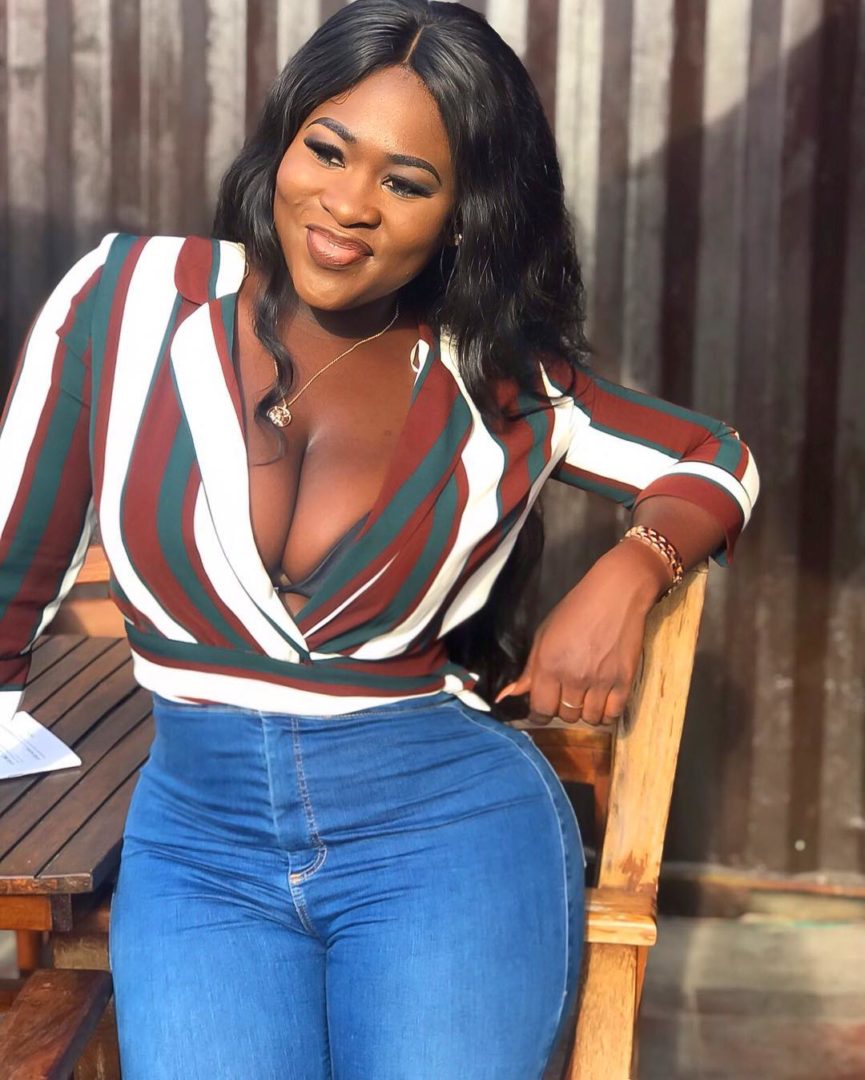 The video was released by a notorious ghost-like Snapchat blogger @fatpu$$y055, which has been exposing the secret life of Ghanaian celebrities.

The snapchat user has been exposing the secret life of Ghanian celebrities, starting from Ghanaian actress, Moesha Boduong and Shatta Wale’s manager, to Efia Odo, both celebrities accused of sleeping around and contracting STD.

Sista Afia is the latest victim, as the Snapchat account released a vague s¢x video and claimed Afia was the lady in it.

Sista Afia has now denied being the lady. According to a post she shared on social media, whoever is trying to tarnish her image should try using a better device, not some vague video.

“It’s sad some people actually believe that was me in that disturbing video! The next time you pick another online video, make sure the pu$$y and fingers look just like mine”.

In one of her revelations, she alleged that celebrated actress Jackie Appiah is sleeping around with Arabian men and have even been chopped by popular Nigerian millionaire Hushpuppi.

She further asked that the actress come out and tell those who look up to her as a role model about how Arabian men love an*l s¢x.

After her allegation, another Snap user came and disclosed that Jackie got her G-Wagon from another rich guy known as Money Gram after he slept, with her.

Johnson Olumide - March 21, 2020 0
Falzdabahdguy declared his availability to be your val after sharing a photo with caption "if you are not having falantine this season dont worry i...

Johnson Olumide - February 10, 2018 0
After her core-shaking speech earlier this month at the Golden Globes, while accepting her Cecil B. DeMille Award, Oprah Winfrey has again shown everyone one more reason...

Adedokun Moses - February 4, 2021 0
Socio-political Activist, Aisha Yesufu, has revealed a shocking detail about her marriage in an exclusive interview with BBC Pidgin.Aisha disclosed that she was the...