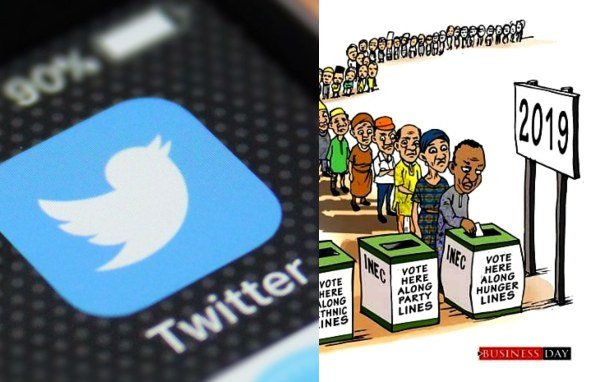 Twitter has finally revealed why it suspended some influencers’ accounts, ahead of Nigeria’s 2019 election scheduled to take off tomorrow.

The management of the micro-blogging platform told Business Insider SSA by Pulse, that the accounts were suspended to amplify election-related information from legitimate sources and bring down ‘some problematic accounts’ ahead of Nigeria’s 2019 general elections.

Amy Rose, a Twitter spokesperson, who confirmed that Twitter suspended some influencers’ accounts ahead of Nigeria’s 2019 election, said they are collaborating with the Independent National Electoral Commission, INEC, and domestic political party stakeholders to “ensure they have clear reporting channels to bring potentially problematic accounts or content to our attention.”

“We have suspended a small number of accounts in Nigeria for spam violations as part of our election integrity efforts in the region.

“We will continue to monitor the conversation closely and take aggressive action pursuant to the Twitter Rules,” Rose told Business Insider.