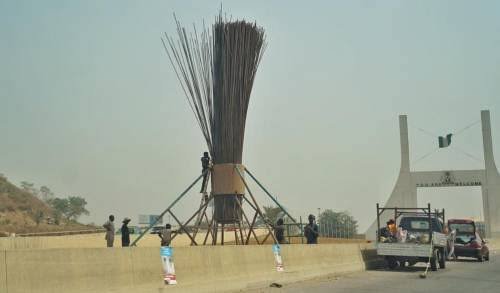 The APC publicity secretary, Mallam Lanre Isa-Onilu says the party is not responsible for the giant broom monument mounted at the city gate in Abuja.

The structure, a broom which is a symbol of the All Progressives Congress, has generated widespread reactions from Nigerians, with some questioning why a party symbol would be erected at such a monumental position as the city gate of the Federal Capital Territory (FCT).

He said this in an exclusive chat with Channels Television says the giant broom was erected by Nigerians who support the Buhari administration.

In reaction to the PDP’s condemnation of the structure, the APC spokesman told the opposition party to erect its own symbol.