Home News Politics I Will Be Lying If I Say I Won’t Take Advice From... 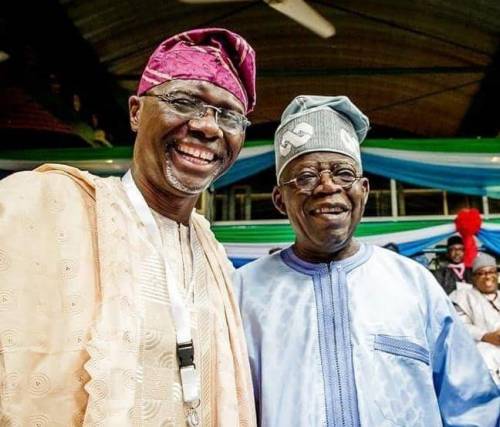 Babajide Olusola Sanwo-Olu, the All Progressives Congress (APC) governorship candidate in Lagos State in this interview spoke on the March 9 gubernatorial election in Lagos, and his plans for the state, if elected. TEMIDAYO AKINSUYI brings an excerpt:

The governorship election is just a week from now. Why do you want to govern Lagos?

I believe at this point in time, Lagos, the fifth largest economy in Africa, needs to set new standard on how the state is managed and get new direction. It needs to do a lot of things quicker, faster and better.

It needs to have a path through which we can begin to deal with the challenges that come with Mega City states. It needs to re-brand and to position itself for the opportunity that abound. We need to re-calibrate the state’s economy and make it competitive for local and international competitiveness.

Lagos needs to expand its economic base to create more private sector jobs. We have infrastructural deficits across sectors that we need private capital to fund. All these I am prepared to deal with and can do better than anyone contesting against me.

My wanting to be governor also has a whole lot to do with poorest of the poor in the society. A lot must also be done with all the challenges that we see every day – in traffic, transportation, health, education, etc. But, beyond all that, I have a whole lot of passion for people. I have been a people’s person. I am someone who usually wants to give my time to ensure that the next person is better than whoever or whatever he is.

Also, given my several years of experience, I believe this is the right time if I want to do it all. I need to do it right now and get it done. On a lighter note, we have the Not Too Young To Run guys who are ready to displace us. So, I need to do it now before they say I am too old. (laughing)

The Not You Young to run, but you think you fall into that bracket…?

No, I don’t fall within that bracket. There are lots of young people in their 30s and early 40s who also want to do this. They seem to be saying anyone above 40 is too old to be governor or President.

There is a lot of technological revolution going on out there and the younger people are pushing the boundaries. They have talents and energy which we must convert for the good of the state and the country. As governor, I will tap into this and work with young people, especially those of them in technology, entertainment and sports.

And you think you’re the right man to do this?

I believe that I am the right man, not thinking…

Do you think that the process that threw you up as the candidate of your party in Lagos was fair?

Absolutely; this is because I earned it. I won an open primary election. Party members freely chose the flag bearer of their choice. The party in Lagos and at the highest level provided an opportunity through direct primaries for states and aspirants in various elective posts to emerge.

The party in Lagos followed the guidelines as provided for by the National Working Committee of APC. It was open, free, fair and transparent primary election that brought me out as the candidate. The party members are happy that they had a say in who is their candidate.

The good thing now is we have united the party members across all the divides behind a common goal and objective, which is to win the election next week Saturday and to also win all our House of Assembly seats in Lagos.

But, traditionally, Governor Akinwunmi Ambode should have been given the first right of refusal. But, he was not…

Yes, as a sitting governor, he has the right to seek re-election just like any party member cannot be banned from aspiring to same office. The governor exercised his right. What usually happens is that people say candidates are handpicked. But, in this case, the party decided to throw the contest open.

The party said that every card carrying member must have a say. So, we went through a direct primary. It has not been done since 1992. So, over a million people voted and I got the highest number of votes.

So, can you say your emergence was fair?

Very well.Yes, it was fair.

In that sense, are you saying that you will be a man of your own?

At 53? Certainly, I am, and I will be my own man as governor. I appreciate all the support and endorsements of the party structure. I also think that happened because they know me, they know what I have done, my contribution in government, out of government and all the various things that I’ve done. That’s why they’re supporting me. This same question of if I will be my own man is a reference to Asiwaju Bola Tinubu, who is our leader.

It is important to say that Asiwaju has never had any negative influence on his two successors. He is always about the development of Lagos. If anything else, he pushes us to be better than what we have done in Lagos. He is my leader and a father figure.

I will be lying if I say I will not take advice from him. I will seek his wise counsel and guidance, just like I will take advice from Alhaji Lateef Jakande and anyone who have had the privilege of leading the state from when Lagos was created 52 years ago. They all have rich experiences on the leadership and governance of the state. They say experience is the best teacher.