Home Entertainment BBNaija Alex gets slammed for saying no one contributed to her success on...

The third runner up of Big brother Naija 2018,Alex has ruffled feathers after she said her actions took her far during the show , not the help of fellow contestant , Leo or Tobi . 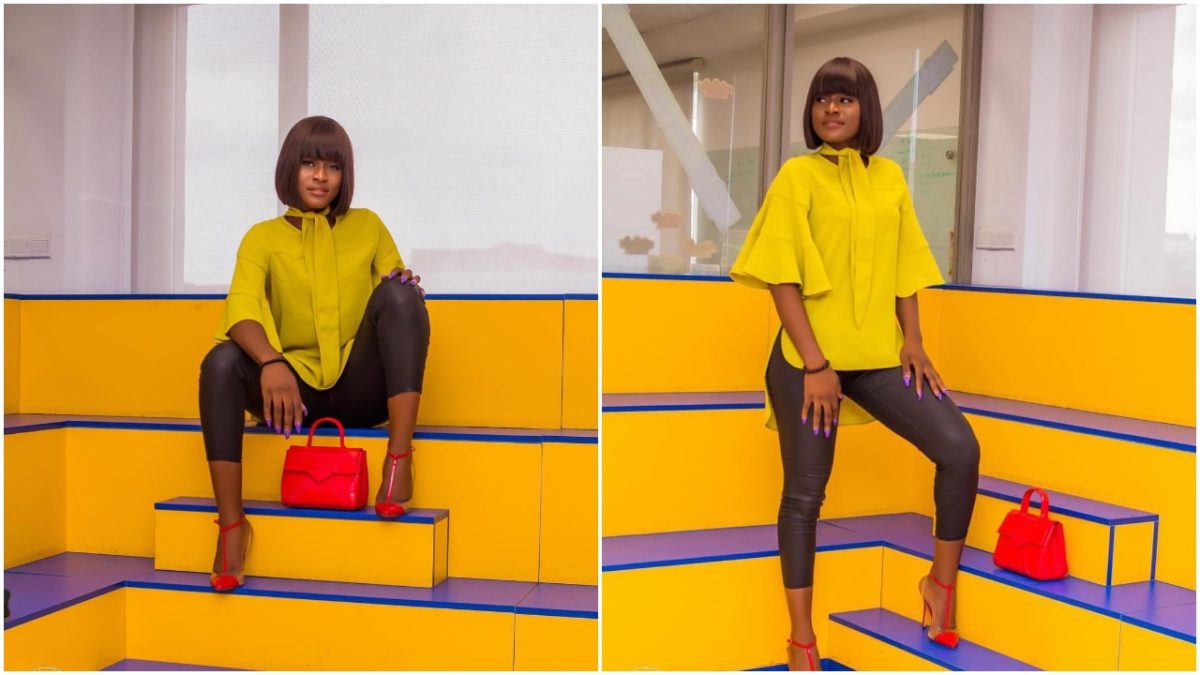 During the show’s reunion , when she was asked:

Some say they have roles to play .ME I know all choices I made took me to the finals .So they didn’t have any serious contributions. ’

Many views disagreed with that as Alex was meant to be evicted alongside Rico for having the lowest fan base , was saved by what many consider a stroke of luck.

Teaming up with Tobi, the third -runnerup and creating a sort of ”love triangle” with the 2nd runner-up, Cee-Cee, her popularity and fan base soared .

They have slammed her for being ungrateful and vengeful .With some saying it is apparent she is hurt by Tobi, whole she obviously isn’t close to again. 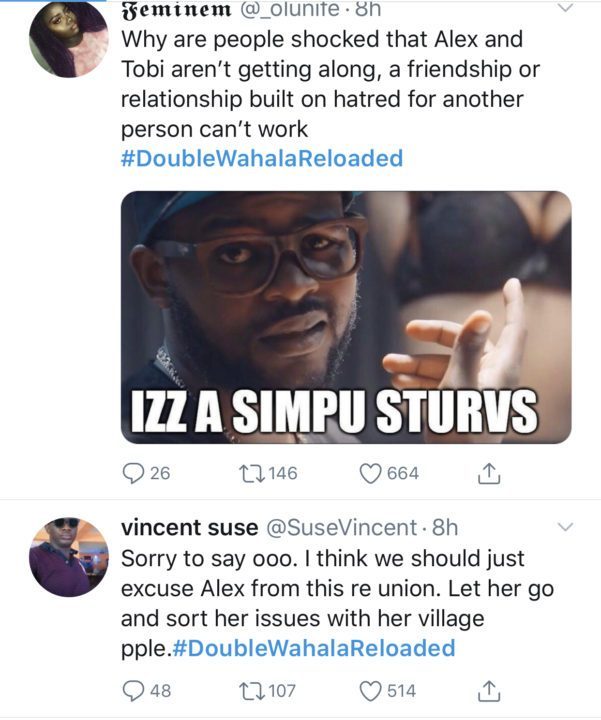 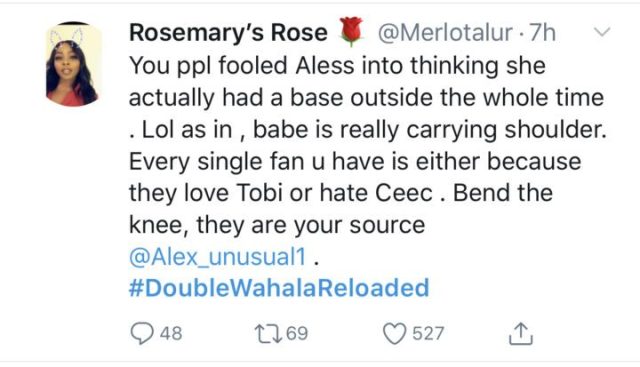 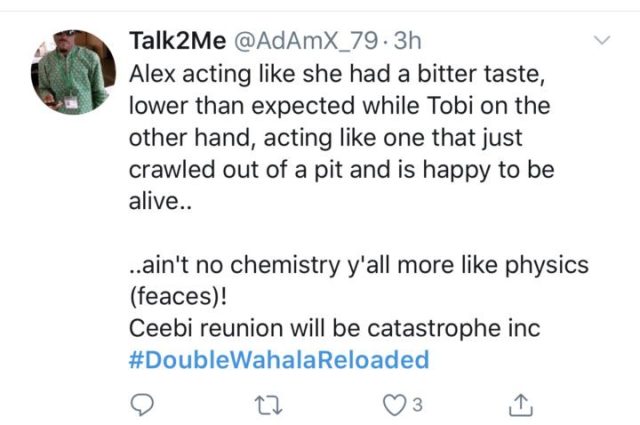