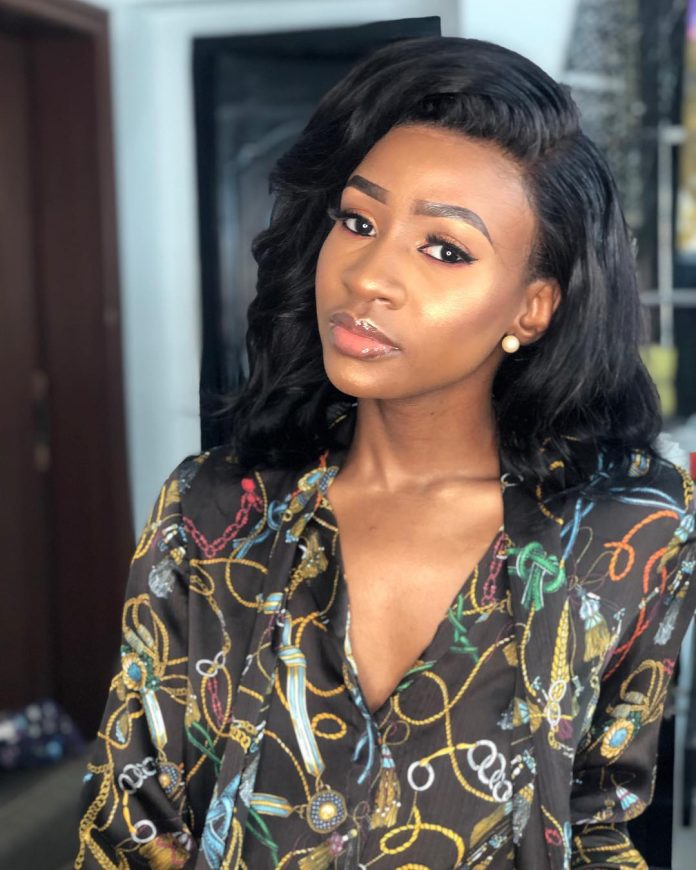 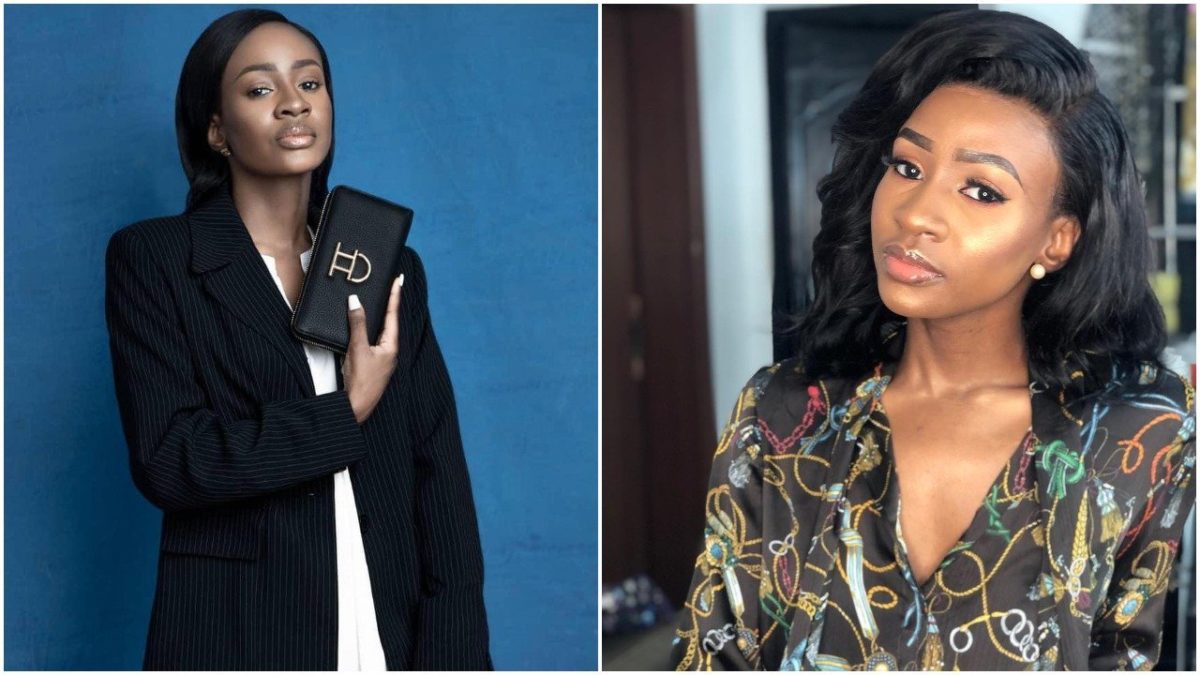 According to Anto on the Double Wahala Reloaded show this night, going back into the house was messed up because she had heard what people said about her behind her back and not do anything about it, because she was told not to.

Anto says her finally getting evicted with Khloe and Lolu was bullshit, that it was widely known there was a voting imbalance.

Shortly after the show ended this night, Anto took to her Twitter pahe to repeat what she said on the show.

“You don’t have to like me or my 3% fans but you can’t tell me there wasn’t inconsistencies in the voting data that was presented. Nor can you tell me the show “script” didn’t feed off of public opinion. It’s the fact” She tweeted. 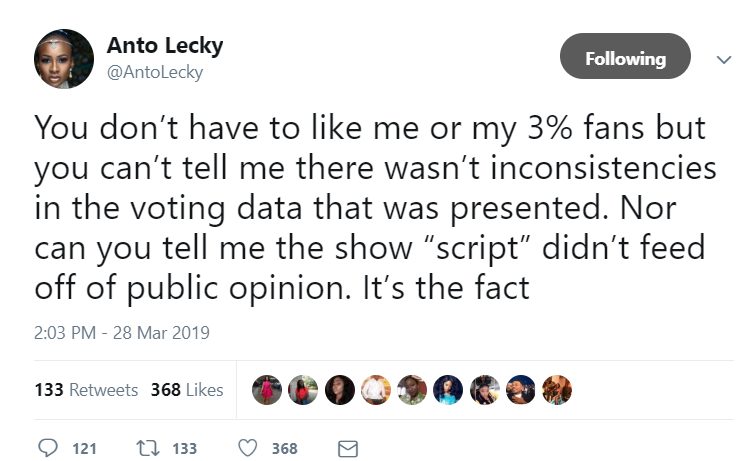