Nigeria’s Senate President, Bukola Saraki, has said that the victory of the ruling All Progressives Congress (APC) at the just concluded polls will be short-lived. 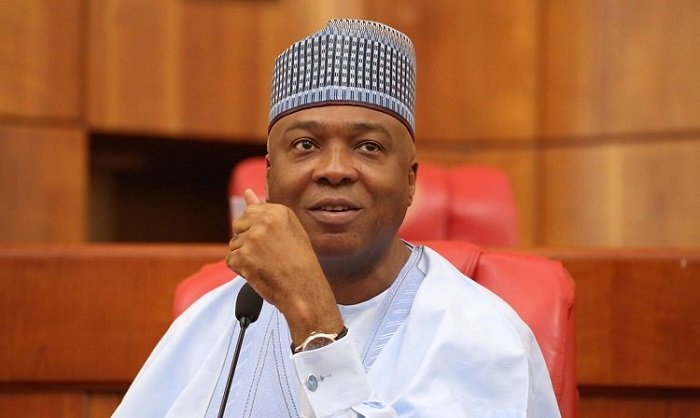 The Senate president stated this on Wednesday at an emergency National Executive Committee (NEC) meeting of the Peoples Democratic Party (PDP) in Abuja.

Mr Saraki explained that contrary to the views of many Nigerians, the outcome of the March 9 presidential election was a loss to the entire country and not just the PDP.

INEC had declared President Muhammadu Buhari of the APC winner of the election.

But in his response to the declaration, the PDP candidate said the result was unacceptable to him and he would challenge it in court.

While delivering his remarks, Mr Saraki further noted that the conduct of the election, including the role of the military during the exercise, has made the country a laughing stock in the international community, adding that the purported winners of the election are ashamed of the process.

“This victory that the other party has seen is going to be short lived. If anybody believes that it is a loss to PDP, it is a loss to the country that history will not forgive.”

“We said it many times here, that the worst to do is to do an election that as a country Nigeria will not be proud of.

“We have done an election that no doubt anybody and even those that think they have won are ashamed of the kind of election that we did.

“I think it is a shame to the country and to those that were given that responsibility to do. They have Saturday as their last opportunity to try as much as possible to reclaim part of their embarrassment to the country.

“How can a country like Nigeria, as the speaker said, Ghana has done it, even Congo, even Zimbabwe have done elections. And we say we do elections, with seven inconclusive. We did elections before, in 2015, we did it in 2011, 1999 and after so many years, this is what we can produce.

“It is not a loss to the PDP, it is to the country. It just shows the level of desperation. I have confidence that this will be shortlived and as such let us ensure on Saturday, that these five states that are ours remain within the PDP and INEC should for once do what is right.

“We have a great future ahead and I believe we will start that on Saturday to make sure that we defend those five states that are declared inconclusive,” Mr Saraki said.

Also speaking at the NEC meeting, the PDP vice presidential candidate, Peter Obi, said he wondered the kind of legacy the APC administration is setting for the younger generation if they supervise electoral malpractices.

“As for me, while we blame the INEC and the security agencies, the biggest shame goes to those who are directing them to do the wrong thing.

“If you choose to be a leader, especially with APC that claims integrity, the biggest corruption and the biggest show of a government that does not believe in integrity is to rig election. Because the process through which you come into office, is far more fundamental than what you do there after.

“I think we should hold them responsible for what is happening in this country now. The examples we are setting for the young ones, I don’t know what they will tell a young man who is cheating in an exam in this country after seeing the ways our elections are conducted. I don’t know what they will tell those who are robbing banks and kidnapping people, because we have seen the biggest of it by this election where people are happy after robbing the nation and their states,” Mr. Obi said.

Earlier, in his welcome address, the PDP National Chairman, Uche Secondus, said the emergency NEC meeting is to enable party members deliberate on issues relating to the March 23 supplementary polls.

The PDP chairman cautioned the INEC chairman to ensure that the results of the supplementary polls reflect the wishes of the people of the affected states.

He added that if the INEC chairman continues the way he has been going, he would truncate the nation’s democracy.

He charged the INEC boss to see the supplementary polls as an avenue for the electoral commission to redeem its credibility.