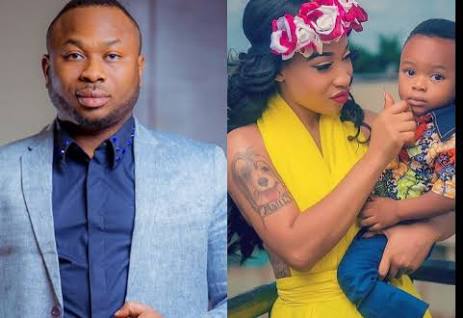 Our memories should be refreshed on the claims by Miss Tonto Dikeh through her sponsored social media addict (Cutie Juls) that A customary court in Abuja had finally granted miss Tonto Dikeh full custody rights over their son, King Andre Churchill.

However, full details gathered revealed that on the 3rd March, 2019, four days ago as claimed that there was no verdict from any Customary Court as such should be regarded as fake and blackmailing news.

READ ALSO
Nicki Minaj Hangs Out With Her Boyfriend,Meek Mill

It could be recalled in 2016 through an Instagram video, miss Tonto Dikeh revealed in an interview how Dr Olakunle Churchill was the man of her dream, who actually drew her closer to God but reverted her words in recent blackmails

Tonto Dikeh’s frame ups and blackmailing of Dr Olakunle Churchill was triggered when Veteran Journalist Azuka who conducted Tonto Dikeh’s first interview during her marriage crisis released video evidences which countered all Tonto Dikeh’s claims against her ex-husband including domestic violence, infections and other blackmailing accusations.

Cutie Juls a blogger and social media addict sponsored by Tonto Dikeh has always being used to tarnish and jeopardize the social-economic and psychological being/image of Dr Churchill.

However, Dr Olakunle Churchill, through Ace Solicitors has stupendously taken legal proceedings and filed a Notice of Disclaimer for the public to be abreast with right information and debunk any information about a Customary Court verdict in Abuja on 4th March, granting Miss Tonto Dikeh full custody right of their son, King Andre Churchill. Dr Olakunle Churchill has being responsible for King Andre’s financial provisions for King Andre’s general welfare and aspirations.

The Notice of Disclaimer from Dr Olakunle Churchill through Ace Solicitors against all Tonto Dikeh and Social media claims can be viewed and read below….. 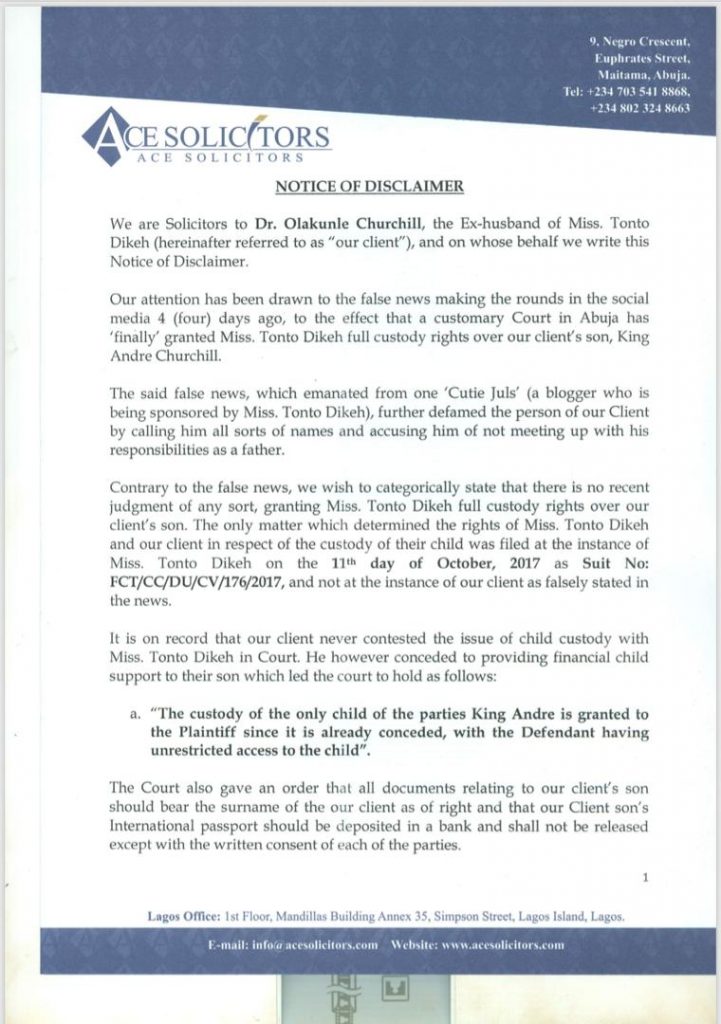 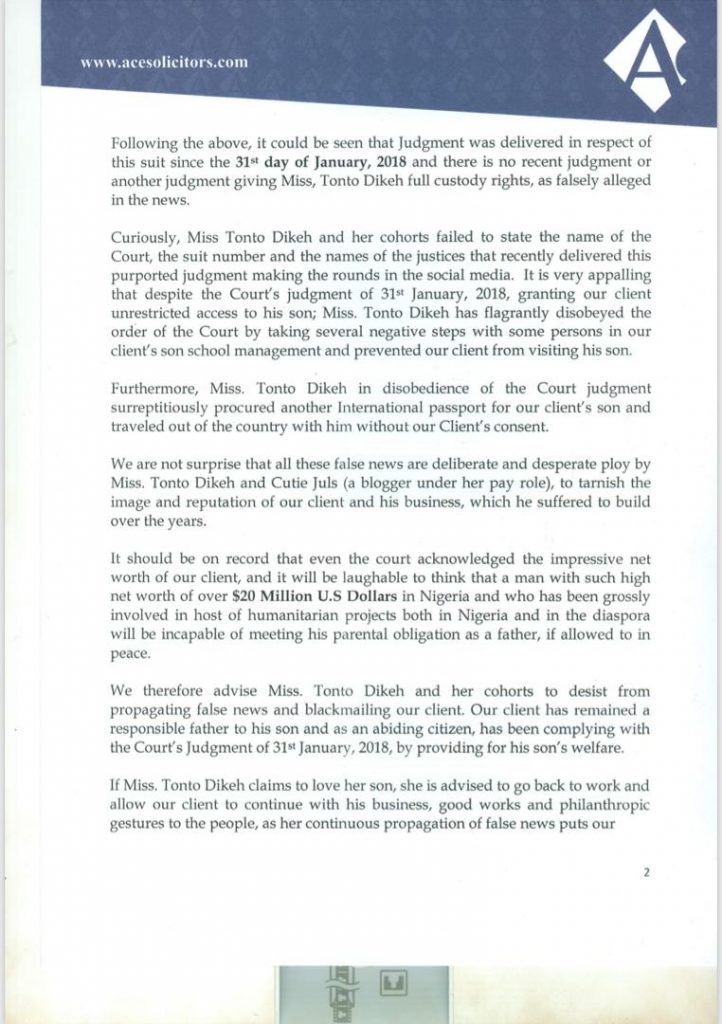 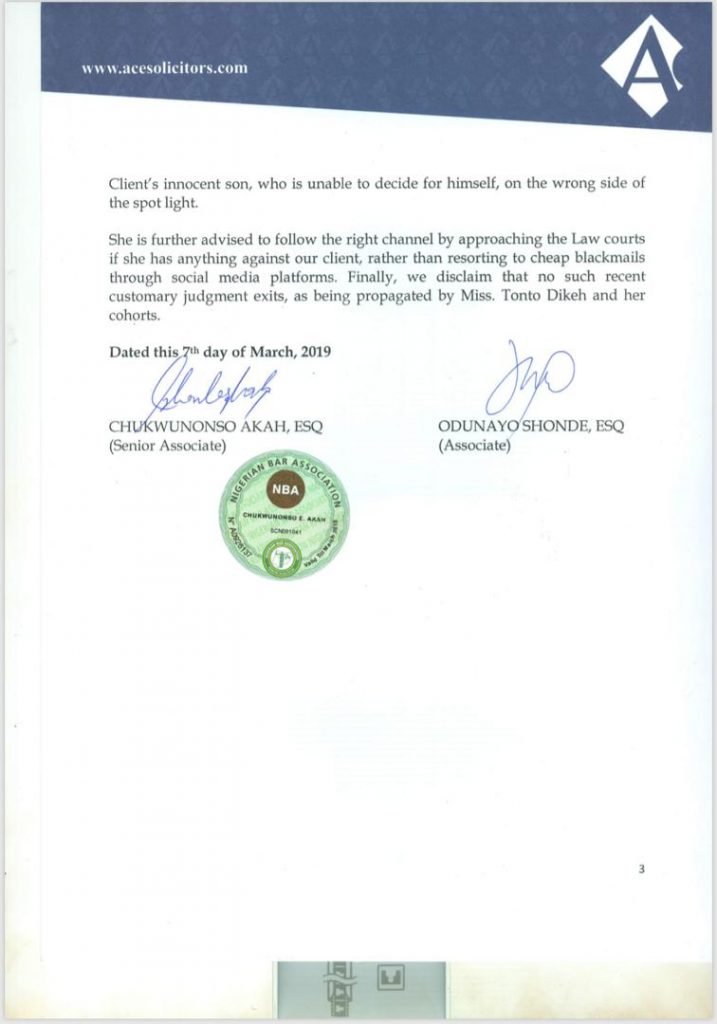 Violette - November 10, 2019 0
Former Big Brother Naija housemate, Diane has signed an endorsement deal with Kuddy Cosmetics. The reality star who has been in the limelight ever since...

Violette - November 10, 2019 0
Mercy might have broken the record by becoming the first lady to win the big brother naija show, but she is also doing well...

Johnson Olumide - February 17, 2020 0
Photo Credt: BANG Showbiz   The Duo - who called off their engagement in december after four years together - additionally own a wine company together...

Violette - December 11, 2019 0
Fast rising singer and rapper, Azeez Fashola popularly known as Naira Marley has reveal that his hit single 'Opotoyi' has been used as a...