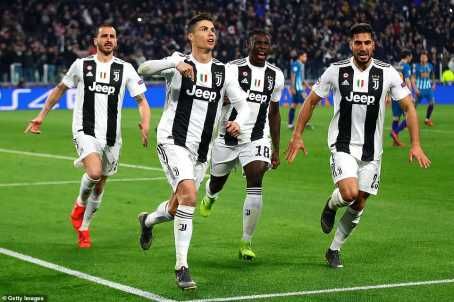 Cristiano Ronaldo put on a stunning display as Juventus triumphed over Atletico Madrid in their Champions League second leg clash at the Allianz Stadium, as the forward’s hat-trick confirmed a 3-2 win on aggregate. 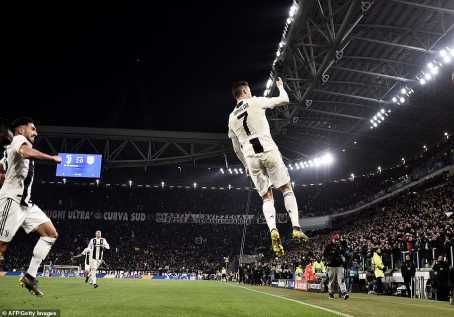 After a highly frantic start, the home side thought they had got off to the perfect start inside just four minutes, when Giorgio Chiellini pounced on a loose ball at the feet of Jan Oblak, but Ronaldo was adjudged to have fouled the keeper in the seconds before.

But, 22 minutes later, a period which flew by in a blur of intensity and fight, that man Ronaldo rose highest once again against Atletico to meet a wonderfully whipped in ball from Federico Bernardeschi and clatterhis header past Oblak and into the net.

The blood (literally, in the case of Chiellini) and thunder of the first half continued into the second, as I Bianconeri continued to pour forward.​

And, this time, they did have a goal awarded inside the first four minutes, as Ronaldo pushed another powerful header towards Oblak, who looked to have improbably clawed it away before goal-line technology intervened.

As the minutes ticked down towards 90 and extra time beckoned, substitute Moise Kean had a glorious chance to win it when he went one-on-one with the Slovenian, but couldn’t direct the bouncing ball goalward as he skewed the shot wide.

But that all faded into oblivion when Angel Correa pushed Bernardeschi in the penalty area, and CR7 made no mistake from the spot.