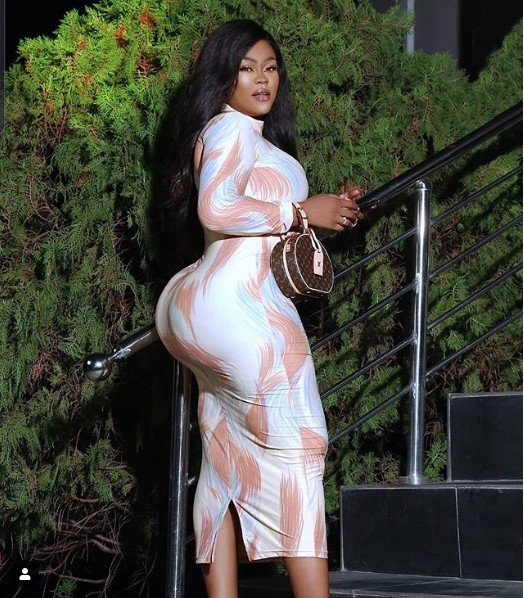 Daniella Okeke has finally reacted to the allegations which has been going that she is carrying a fake ass.

The Nollywood actress  took to her Instagram page to flaunt her massive backside in a figure-hugging dress.

“All i See is a Strong Black Intelligent Woman ? With a Big Fat Natural Ass…” 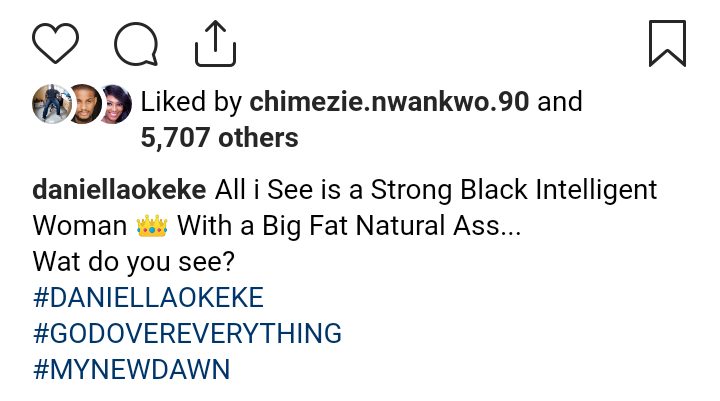 Daniella Okeke is a Nigerian actress. In 2013, she starred as “Joke” in Lagos Cougars, a role that earned her the Best Actress in a Leading Role nomination at both the 10th Africa Movie Academy Awards and 2014 Nigeria Entertainment Awards. 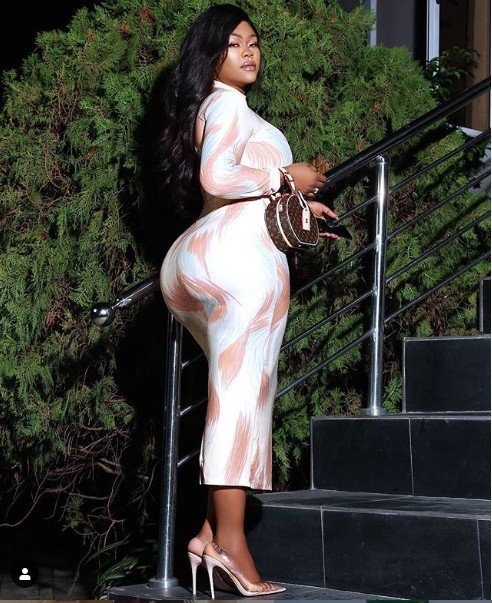 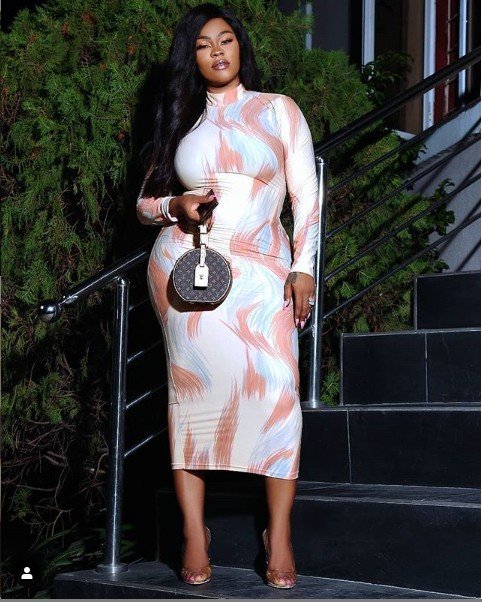