Home Entertainment #bbnaijareunion: I Was Forced To Grow Up With Big Brother Naija Fame... 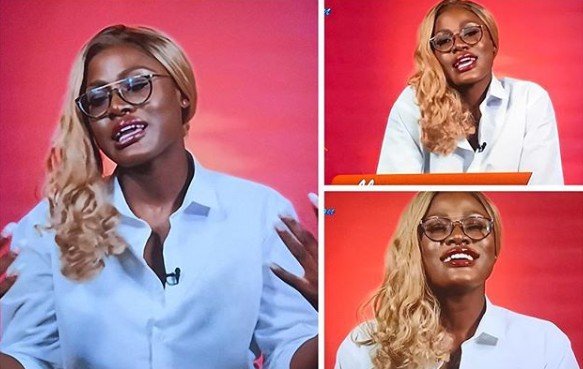 According to Alex, she was scared of growing up but with the Big Brother Naija fame, she was forced to grow up. She also made it a duty to always be a better version on herself everyday.

She said; “Life after Big Brother has been daring. It’s been from one lesson to another. Initially I was scared of growing up, but with this fame, I had to grow up by force. I made it a duty to always be a better version on myself everyday.”

Johnson Olumide - May 9, 2018 0
Singer Niniola was one of the people who graced the stage at the 2018 Headies on Sunday, performing her hit song “Sicker.” Fans, however,...

Johnson Olumide - February 17, 2020 0
The CEO of the TrippleMG Record Label, Ubi Franklin has finally proposed to his heart robe Lilian Esoro who is also a Nollywood actress.  He...

Teddy A and Efe money should start Selling Pure water, music is not their...

Johnson Olumide - March 21, 2020 0
Former BBNaija Housemates, Teddy A and Efe Money have been dragged on social media by an Instagram User whom claims both celebrity are not...