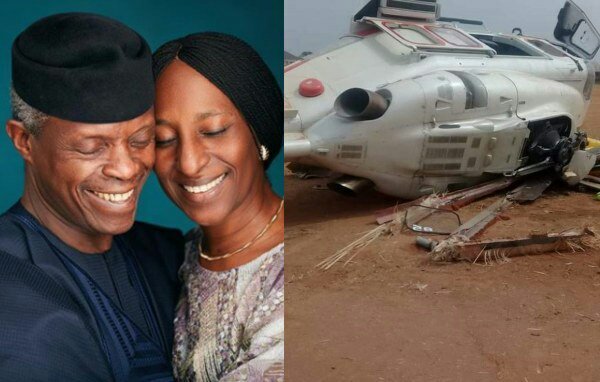 Mrs Osinbajo who told the congregation that the mercy of God had been the pillar of her family, said, “I am thankful to God for saving the life of my husband and those of his co-passengers.”

Punch reported that the thanksgiving service which was held at the Obafemi Awolowo Square, Ikenne-Remo, Ogun State, was attended by Governors of Lagos and Oyo states, Akinwunmi Ambode and Abiola Ajimobi, respectively.

It also had the immediate past governor of Osun State, Rauf Aregbesola, Ogun State governor-elect, Dapo Abiodun, Senator Godswill Akpabio and some traditional rulers in attendance.