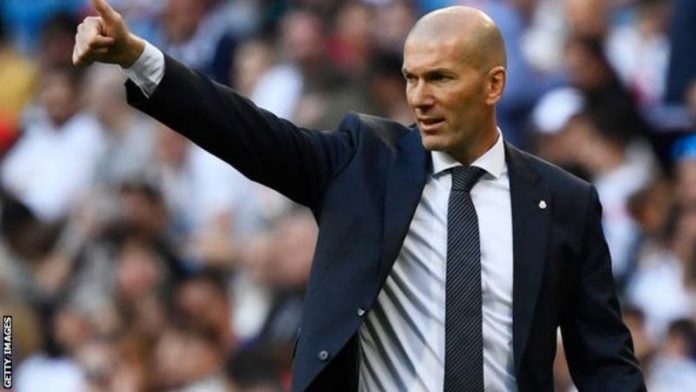 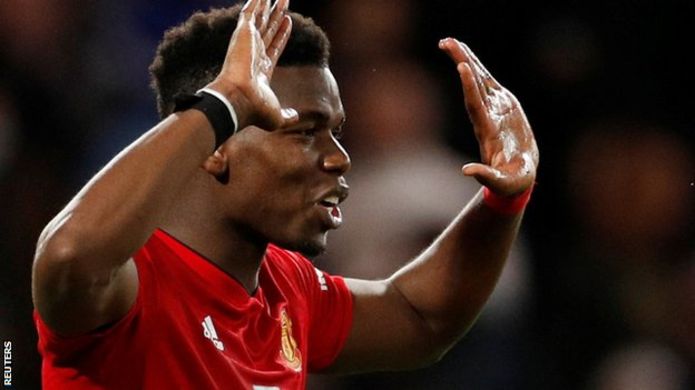 Real Madrid boss Zinedine Zidane has made it known to the public that he likes Manchester United’s Paul Pogba “a lot” and that the midfielder “knows how to do everything on the pitch”.

Pogba, has been linked with the Spanish giants and described Real Madrid “as a dream club for every player but he’s enjoying himself as a player in Manchester united” while on international duty with France.

“He brings so much and there are few players who bring as much as he does.”

Pogba rejoined United from Juventus for a then world record £89m back in 2016, but his future at Old Trafford appeared in doubt earlier this season with widespread reports of acrimony between him and former manager Jose Mourinho.

“He’s a midfielder who knows how to defend and how to attack,” added Zidane, who returned to Real Madrid on 11 March less than 10 months after leaving the Bernabeu.

“But he is not my player, he is at Manchester.

“He has always said that, after Manchester, Madrid has always interested him. So when his experience at Manchester ends, why not come here to Madrid?”