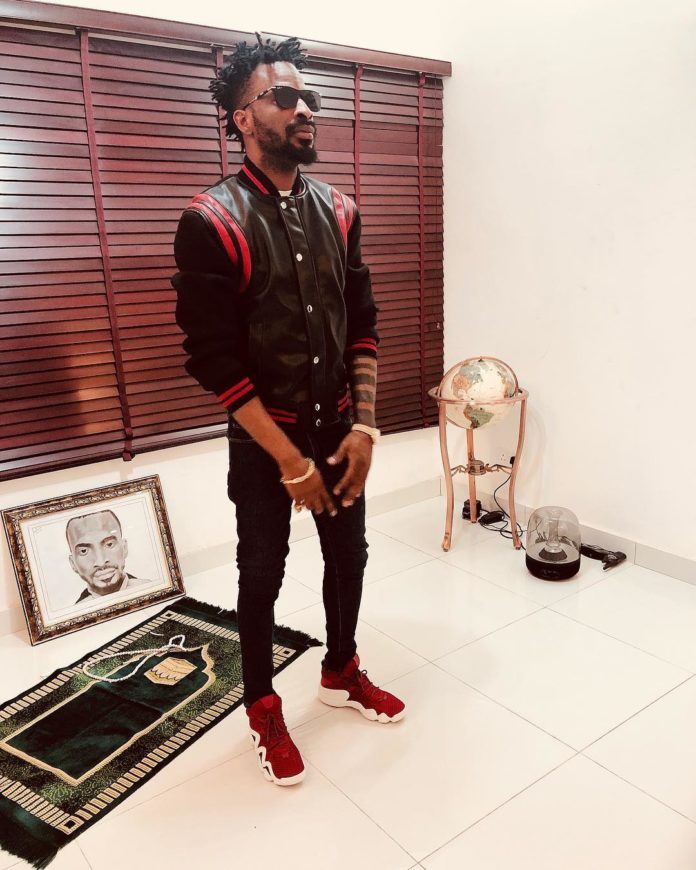 9ice has thrown what looks like a shade at the godfather of Lagos politics, Asiwaju Bola Tinubu, while throwing his support behind Jimi Agbaje, the PDP governorship candidate for Lagos State.

This he did via an Instagram post calling on Lagosians to vote for Jimi Agbaje in Saturday’s governorship election.

According to 9ice, people might refer to Jimi Agbaje as a regular customer in terms of losing election in the State, but the Godfather whom such people look up to was never known few years back.

“VOTE JIMI AGBAJE. THEM THEY CALL AM REGULAR CUSTOMER BUT THEIR GOD FATHER NOBODY KNOW AM 10-15YEARS AGO. ENYIN LON DAKUKO!!!”, 9ice wrote. 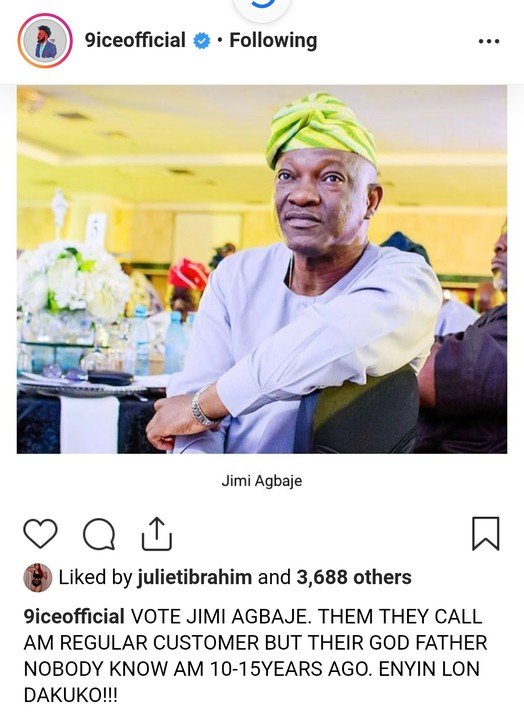 9ice use to be a member of the All Progressives Congress, APC, which Tinubu is a chieftain of, until he failed to clinch the party’s ticket for house of reps.

He lost the contest to Prince Akeem Oyewunmi at the primaries conducted on 2015. He’s now seen campaigning on social media for the Peoples Democratic Party, PDP.