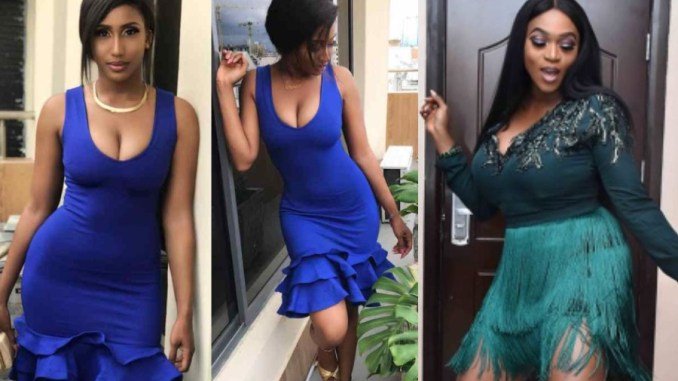 Nigerian Female Singer Waje, who some days ago made headlines after a 12 minutes video of her lamenting that her musical career was not fruitful enough.

Well today she has something to be happy about as she took to social media to celebrate her daughter’s 20th birthday today, 28 March, 2019.

The singer who raised Emerald as a single mum, celebrated her on Instagram writing;

Waje recently said she is frustrated and tired adding that music is not working for her any more.

In a video uploaded on her YouTube page titled ‘Music Is Not For Me’, the artiste said her latest album, which she thinks is one of the best that has come out of Nigeria, has been largely ignored.

According to her, she’s frustrated and tired and she no longer believes music is working for her.

” I have respect in this thing that we do but there is also bowing out when the applause is loudest,” she told members of her team whom she identified as Tolani and Fatima in the video.

“I do not have faith in it anymore. Nobody will say that I have failed or anything. The point is that I am not willing to do this thing anymore. Do you know how much I have invested in this career thing?

“There is nothing wrong with change. There are other things I am good at; maybe it is fair to give it a rest and try other things. If you people do not understand, it is my money that I am spending in this thing and I am tired of putting my money in something that I do not have faith in.

“To be honest, I don’t see why I should continue because it is frustrating. The desire of every entrepreneur is to see proceeds from what they invest in and some sort of awareness that they have a product.

“I can’t have released an album after everybody said Waje, your last album was years ago. All the people that said we need an album, where are they?” She asked members of her team.

Johnson Olumide - July 8, 2019 0
The Rivers Born 41-year-old Actress who recently Remarried, took to her Instagram to share this adorable Photo of her hanging out with her only...

Why couple who dated for long get divorced a year after marriage – Actress...

Adedokun Moses - January 10, 2021 0
Controversial Nollywood actress Etinosa Idemudia has shared her thoughts on the main reason why couples who dated for a long time end up divorcing...

Johnson Olumide - February 18, 2020 0
Tiwa Savage attended The Wedding of Toolz Oniru and Tunde Demuren's Wedding in Dubai Tagged #Tsquared and wore the  gorgeous Dress above to the...