Home News Burna Boy Breaks down in tears over Nipsey Hussle’s Murder For this... 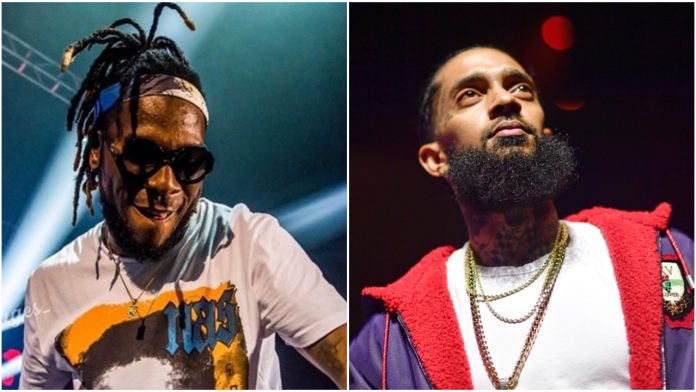 The Nigerian music community and artistes have paid their respects to the late rapper and his death was quite a shock after he was brutally murdered by six gunshots. 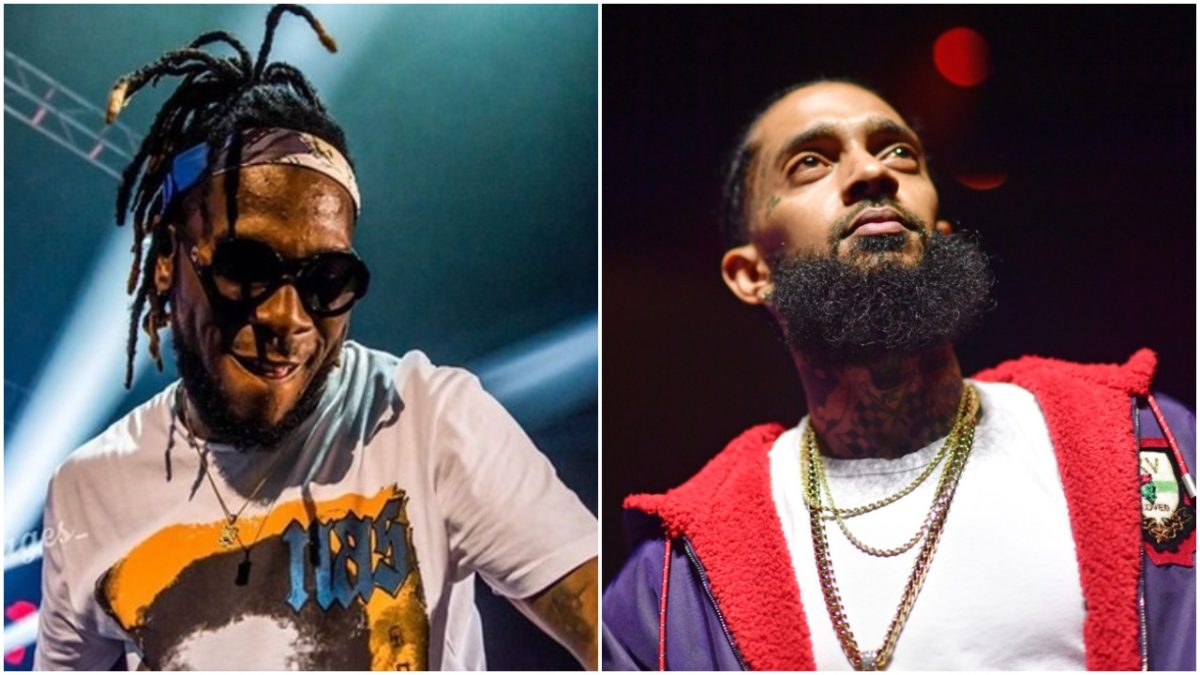 Amongst the Nigerian artistes taken aback by Nipsey’s demise is Burna Boy.

The Afrofusion singer expressed disappointment and heartbreak on hearing of his death because Nipsey Hussle was supposed to be on his upcoming album. 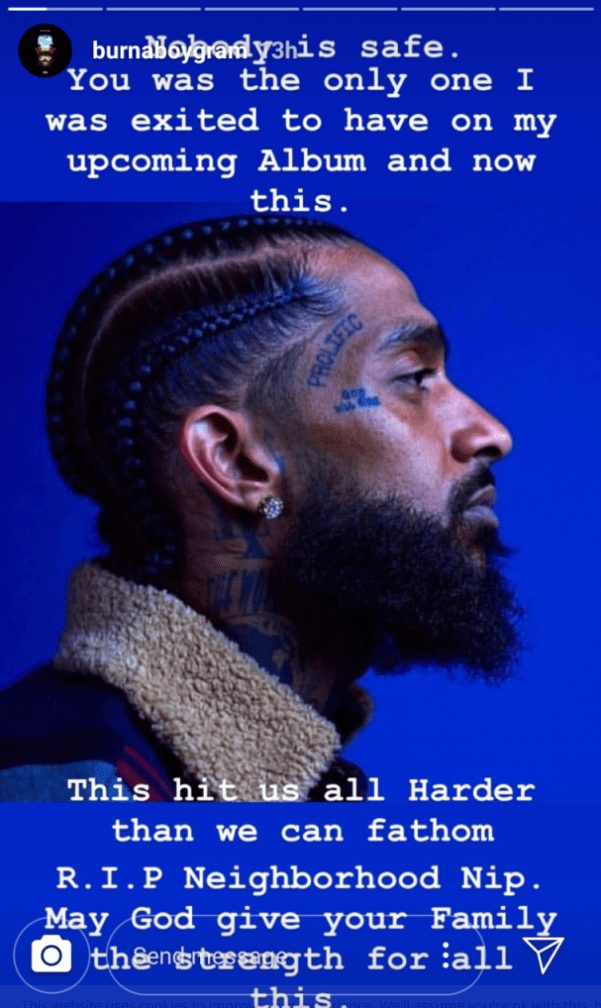 Burna Boy and Nipsey had a track coming which was slated to be on his incoming album and he was especially excited about working with the Grammy nominee.