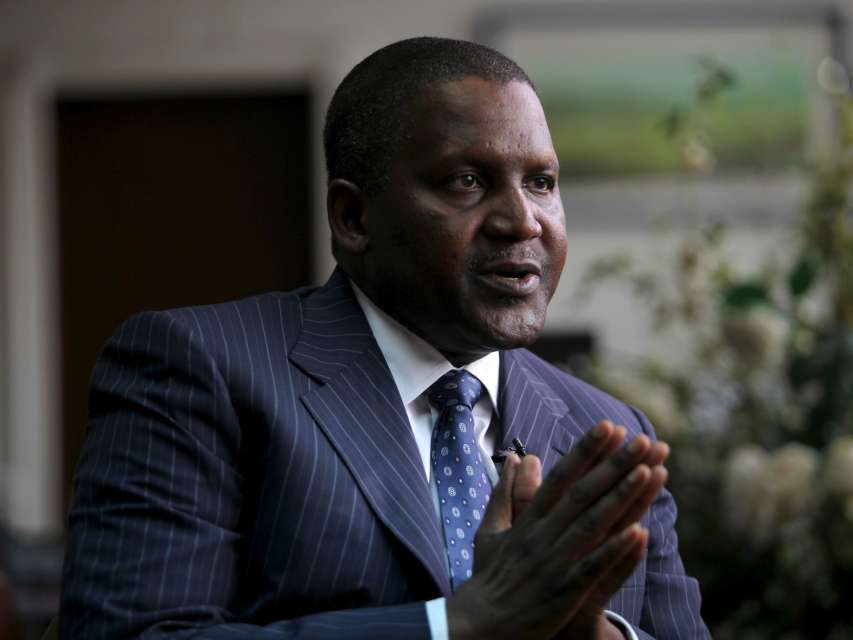 Is Dangote offering to buy Chelsea? Africa’s Richest man drops hint  Nigeria’s richest man and Arsenal FC supporter, Aliko Dangote has revealed he might be interested in owning another football club if his offer to buy the London club yet again fails.

Dangote expressed his interest to acquire Arsenal back in 2017 and has continued to make open advances for a deal should majority shares owner Stan Kroenke be willing to listen.

Arsenal is worth $2.5billion and are the most profitable football team in the world behind Manchester United, but it shouldn’t be a problem for the Fulani Business Magnate whose current net worth is put at $10.4 billion, per Forbes.com

In an interview last year in Singapore, Dangote restated his desire to make another bid to buy the Gunners because ‘I am very attached’ to the club.

When quizzed about how soon the offer will be made, the Nigerian who is also the richest man in Africa said:
‘We have $16 billion worth of projects (ongoing) and I don’t think it is the right time to go and buy Arsenal, but by the time we finish, our Company will be moving from four and a half billion dollars revenue company to $30 billion revenue and I think then we’ll have an excess amount of cash to start playing around.’

He also did not shy away from admitting he could be tempted to turn elsewhere with his money to see his dream of buying a football club come to fruition.

So what happens if Kroenke doesn’t sell; he was asked, Dangote responded:
‘If he (Stan Kroenke) won’t sell to me, I’m very much attached to Arsenal, but then I might have to change because am a very big fan of football, so I have to have a club somewhere, I don’t have to own Arsenal.’