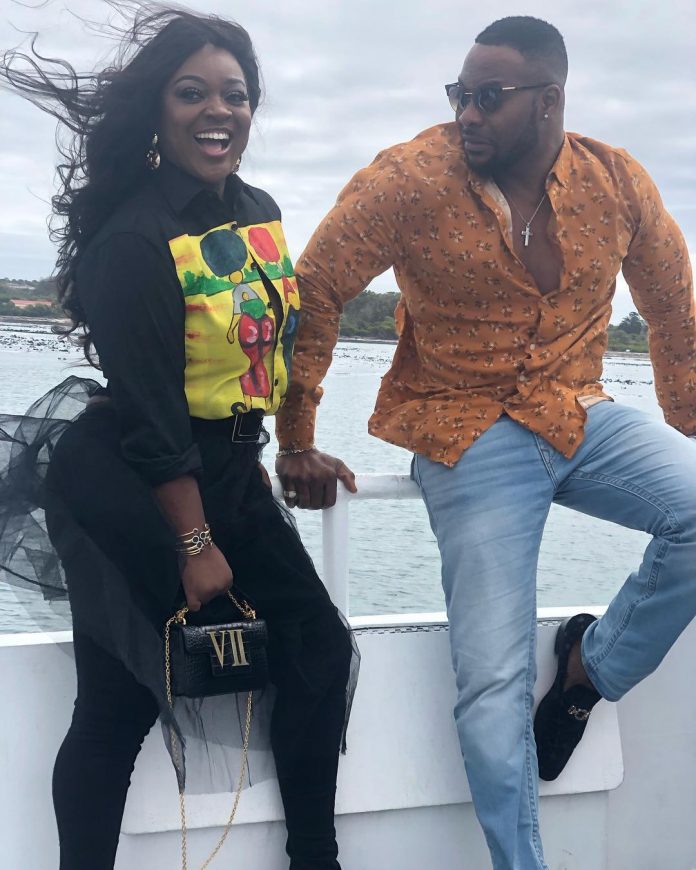 Award-winning actress, Jackie Appiah and Nigerian actor Bolanle Ninalowo are alleged to be in an amorous relationship. 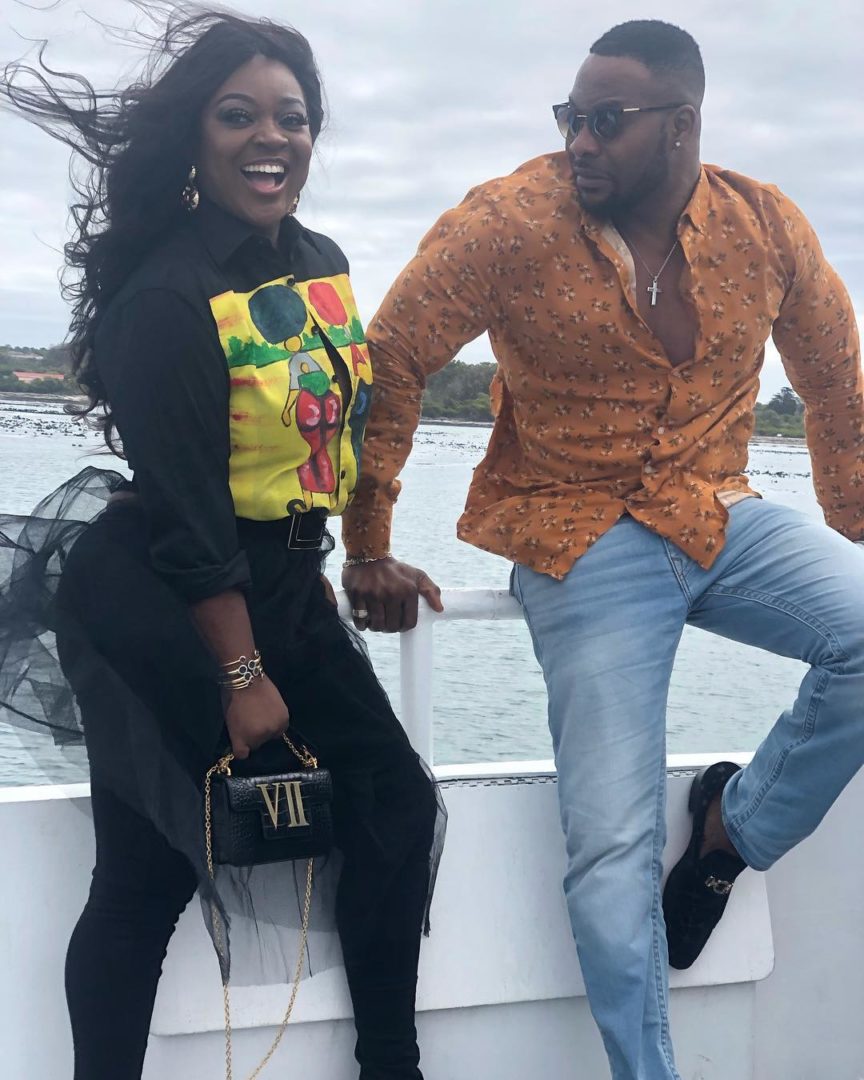 According to an inside source, the two movie stars have been spotted together several times in South Africa and Nigeria.

However, tongues are seriously wagging that the beautiful actress is having an affair with the Nigerian actor.

In a photo shared by Bolanle Ninalowo on his Instagram page sparks more speculation that they are in an amorous relationship.

In the photo, Bolanle was in a yacht with Jackie Appiah at V&A Waterfront in South Africa.

The photo shared by the Nigerian actor garnered lots of mixed reactions with many suspecting a love affair between the pair.

Some asserted that the movie stars look compatible and they wouldn’t be surprised if they are dating.

Well, Ghanaian female showbiz personalities have a likeness for Nigerian men as the likes of Yvonne Nelson, Becca, Juliet Ibrahim among others can be cited as examples.

We can not ascertain the widespread rumours that Jackie Appiah is in a love affair with Bolanle Ninalowo.

Jackie Appiah who is a mother of one has been unmarried after her divorce with ex-husband in 2008.

Bolanle Ninalowo recently reunited with the wife of 8 years after they split in 2017.

The actor got back together with wife, Bimbo in November last year but we are unsure if their marriage will work again or still under construction.

Could it be that Jackie Appiah was the woman in the middle of their marital issues? or it was just a marriage syndrome?

This is not the first time Jackie Appiah has been linked with a Nigerian actor as she was linked with Bobby Obodo just a few years after her divorce.