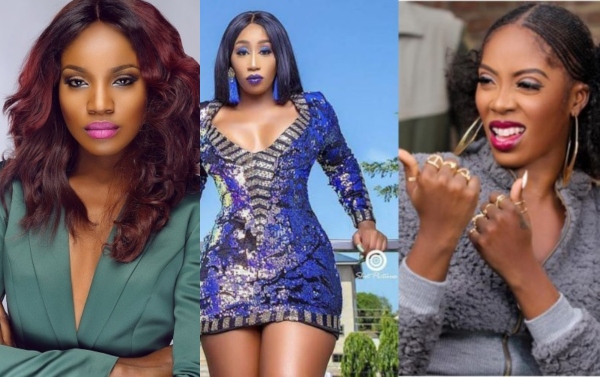 Nigerian Singer Seyi Shay who was accused of shading Tiwa Savage in her ‘Fvck You’ cover, has also joined Kenyan singer Victoria Kimani in comment sections to shade the Mavin act.

Recall we reported that Seyi Shay in her ‘Fvck You’ cover said “You know I’m not Savage, I pay my bills.

” In the second string of lyrics that followed, she added that her name could never come up in the debtors list that was to be released by a popular Lagos club known as Escape. “You no go find my name for the Escape o” she sang.

Victoria Kimani on the other hand, accused Tiwa Savage of “selling pu*sy” and blocking her from a show her own cover for the viral hit.

The Kenyan singer sang “Grandma African bad gyal,turning 45 and still claiming bad girl.You can block me from a show but you can’t block my blessings.We all know you selling pu*ssy and it’s so depressing”.

However following the backlash they faced, Seyi Shay who joined Victoria Kimani to shade Tiwa Savage and her fans, claimed that the troll comments she is getting is making her cringe.

Victoria Kimani on the other hand, said the comments she’s been getting is scary and it is from those ‘pouring out so much hatred’ just like their grandmother (recall she described Tiwa Savage as a grandmother in her cover). Here is screenshot of the exchange below; 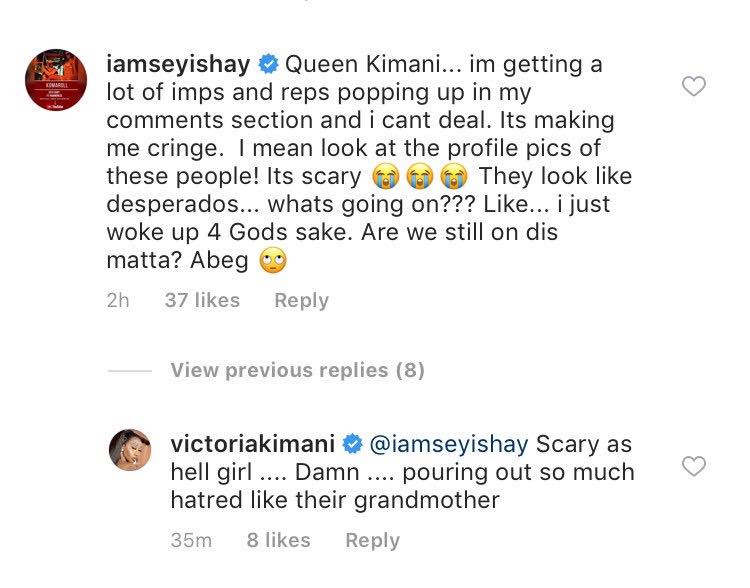