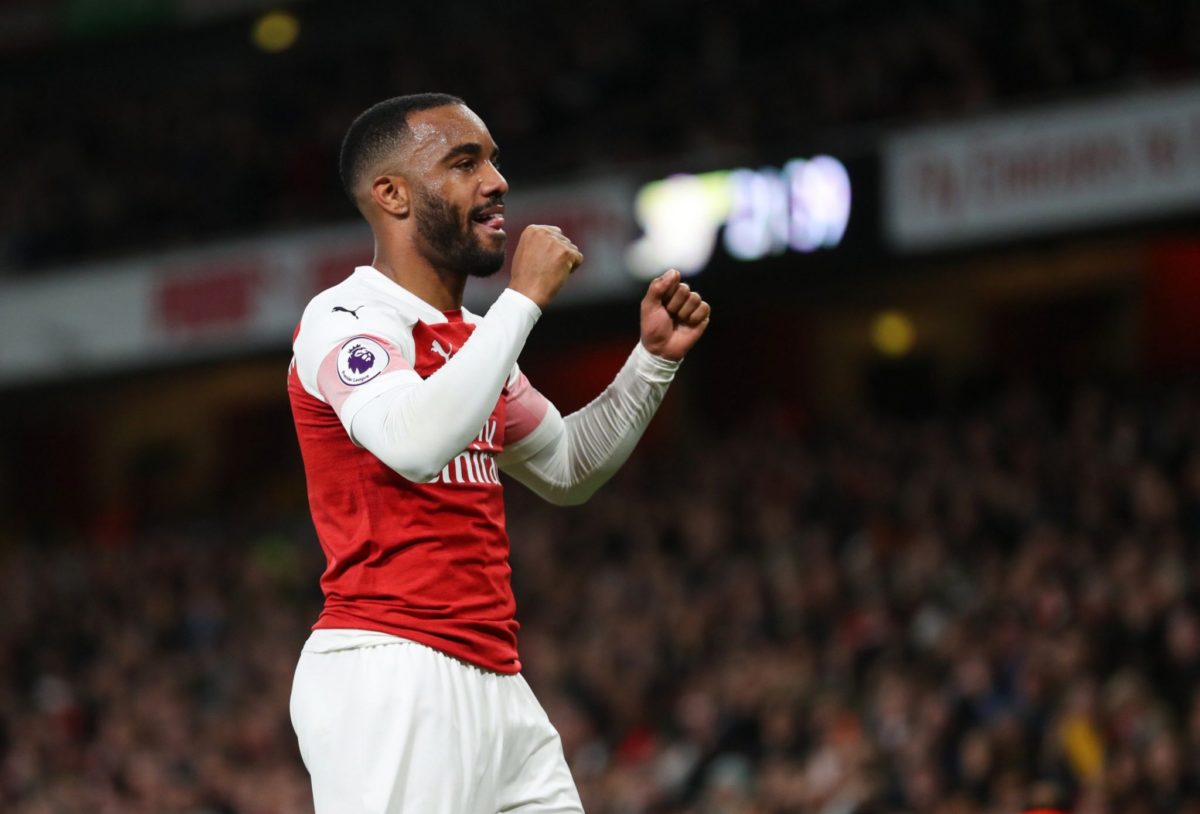 This was a 10th home league victory in a row for Arsenal, their best run since a similar sequence from December 1997 to May 1998, as Unai Emery’s team continued a strong second half of the season that could see them secure a return to Champions League action after a two-year absence. 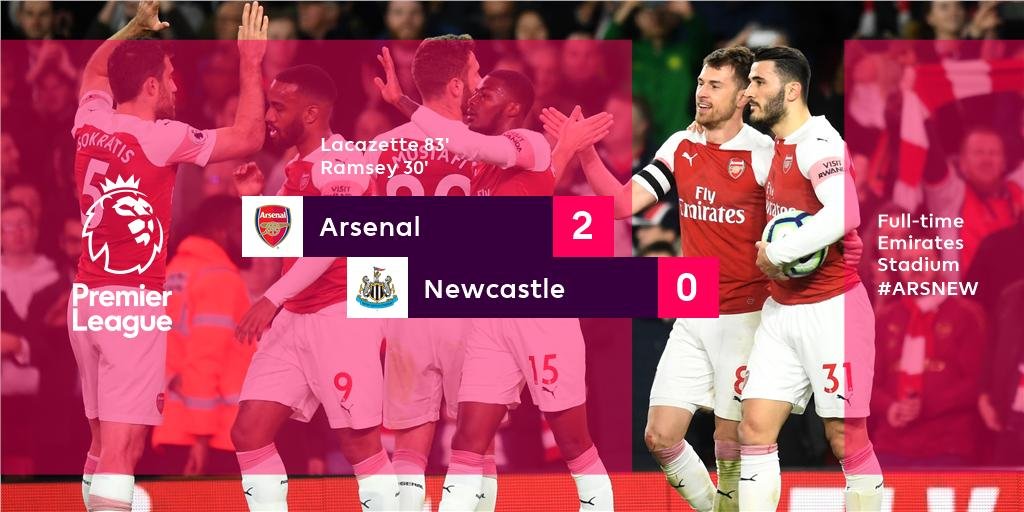 Arsene Wenger’s 22-year spell in charge of the Gunners ended with regular protests among the fans as they watched their team drift away from Europe’s elite. 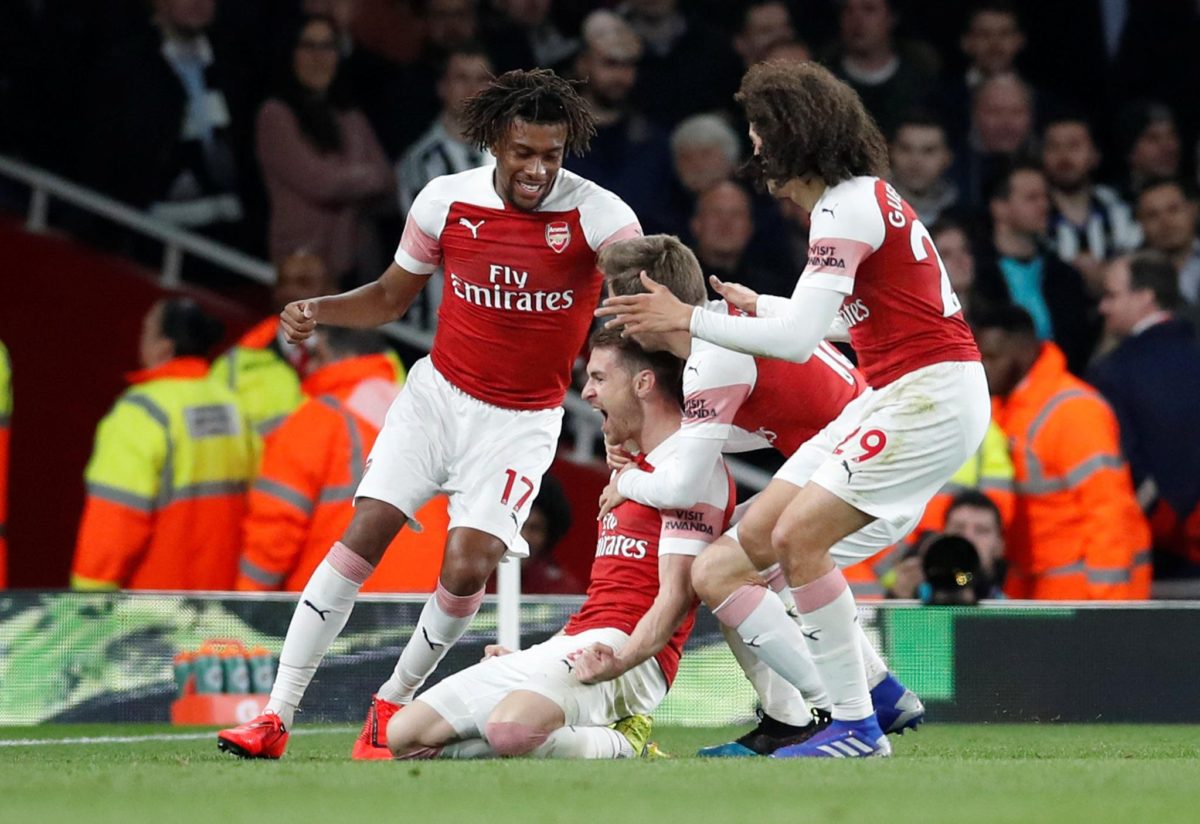 But Emery, in his first year in the English game, has galvanised the side with his brand of free-flowing attacking football and this result took them to 63 points – the same that the Gunners managed under Wenger in all of 2017-18.

Arsenal started with top scorer Pierre-Emerick Aubameyang on the bench, but they still had 71% possession and were simply too strong for their opponents.

The hosts thought they had taken a 12th-minute lead, but Ramsey’s volley was ruled out as Sokratis was adjudged to have fouled Florian Lejeune.

But the Welshman, who missed his country’s two matches during the international break, scored 17 minutes later with a low strike after DeAndre Yedlin’s clearance inadvertently fell into Ramsey’s path. 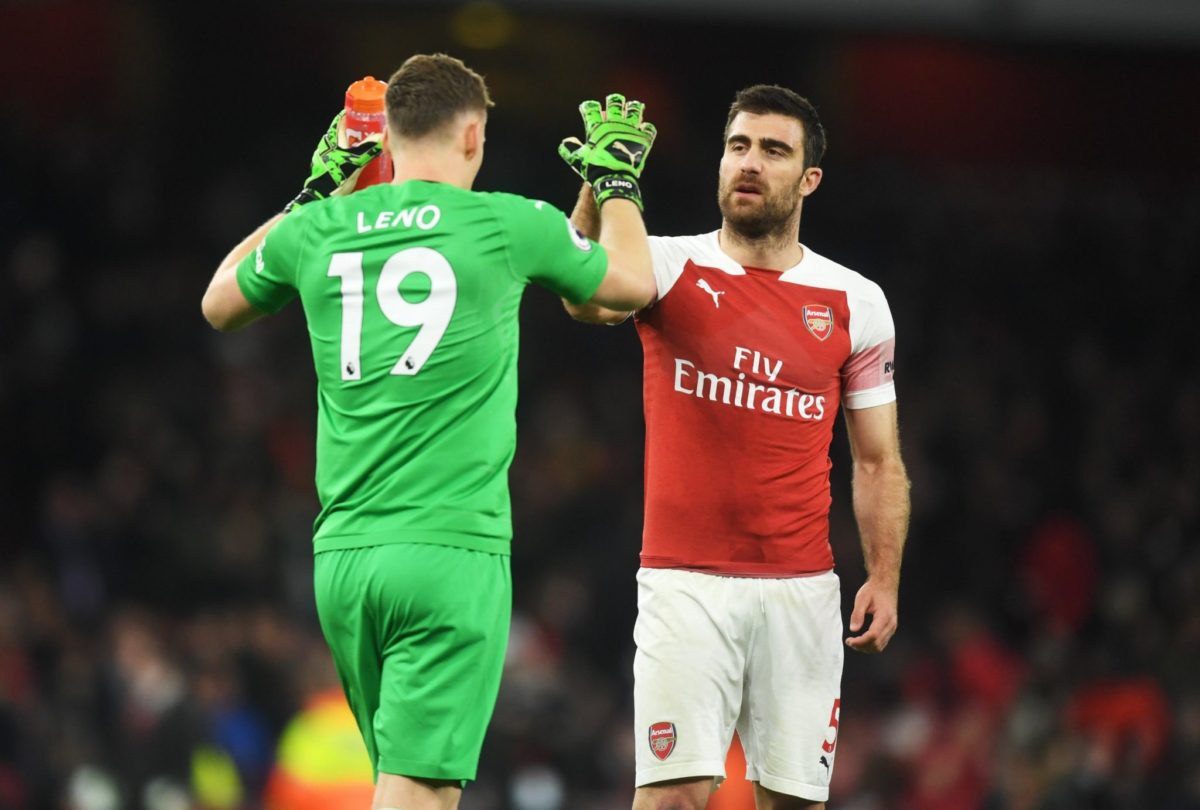 The home fans were nearly celebrating again just before half-time, but Lacazette’s powerful effort was spectacularly headed off the line by Ritchie with Dubravka beaten.

After Sokratis headed wide and substitute Aubameyang had a shot saved, Arsenal got the second goal they deserved through Lacazette’s calm finish after Aubameyang’s flicked-on header set up the chance.

The only negative from the evening was Ramsey, who will join Juventus on a free transfer in the summer, going off with an injury midway through the second half.

Despite the Gunners fluidity, there was only a combined total of 10 shots from both sides, the fewest in a Premier League game since the nine efforts in the Bournemouth versus Leicester match in August 2015.