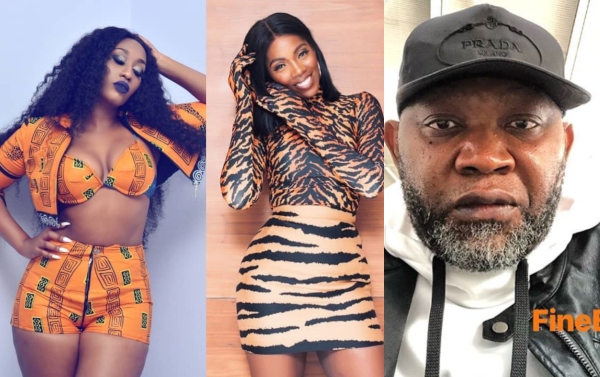 The Drama that has ensured from the Kizz Daniel’s #Fu’kyouchallenge has definitely become wide fire.

Recall that some days ago we reported that Kenyan Singer Victoria Kimani released her version for the challenge and it was so obvious she directed it her Tiwa Savage, calling her Grandma selling P*ssy.

A song that had so far sparked reaction from fans of Tiwa and loyal close friends including show promoter Paul Okoye known as Paul O.

Paul Okoye had taken to Instagram to praise Tiwa Savage, as he further stated that he has witnessed her hard work and growth for over 9 years in the Nigerian music industry.

Sharing a video of Oprah Winfrey giving a motivational speech, he wrote;ThisIsforYouTiwa. IHavebeenAroundYouToseeYourHardWorkOver9years�AfricanWomanVIP.

Kimani reacted by calling out the CEO of Upfront and Personal Global Management and organizer of ‘One Africa Music Fest’ over her fight with Tiwa Savage, claiming it was same paul  that alleged  told her that a ‘girl was trying to get other girls off shows’.

The comment eventually got deleted after he called out the famous show promoter over an alleged hypocrisy.

Johnson Olumide - December 25, 2018 0
The Billionaire Blogger whom recently gave birth to her First child outside of wedlock took to her Instagram page some moments ago to show...

Johnson Olumide - February 17, 2020 0
Last Night was the 47th NAACP Image Awards(American National Association for the Advancement of Colored People) which held at the Pasadena Civic Auditorium. Its an...

Johnson Olumide - July 4, 2021 0
RIO DE JANEIRO (AP) — Lionel Messi scored his 76th international goal and is now only one shy of Pele for the South American...

Johnson Olumide - March 2, 2018 0
The Nigerian Police Force has entered a defensive mood as they have gone online to show support for SARS saying the officers are disciplined...