Home News Why I sometimes flaunt my butt and boobs – Curvy actress, Luchy... 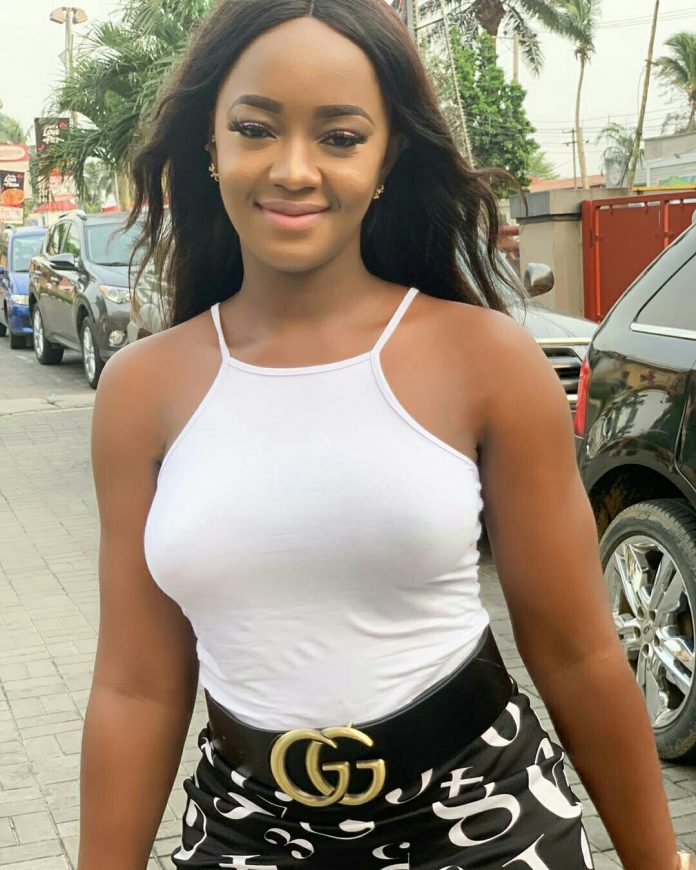 Curvy actress, Luchy Donalds is one of the most sought-after emerging faces in Nollywood. In this chat, she talks about her career, sex life and latest movie, Scars of Love. 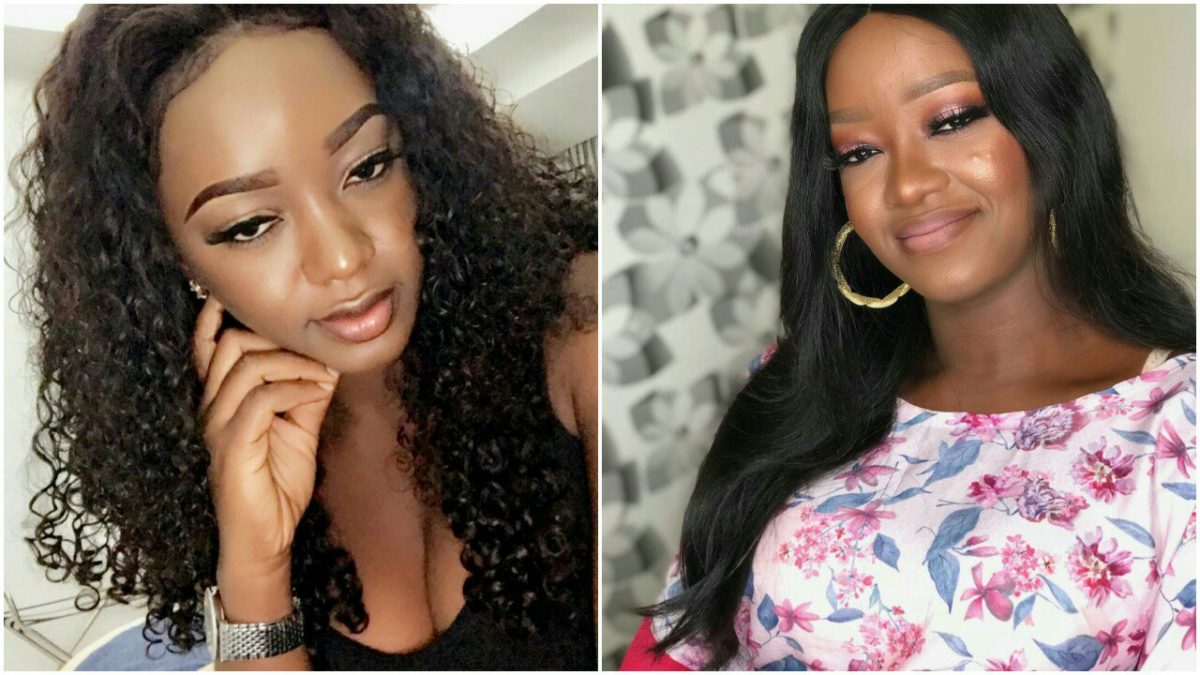 How did you get into acting and what was your first movie?

I had this Facebook friend who’s an executive producer. One day, he asked if I was interested in acting, and because I had always dreamt of being an actress, I quickly said yes. 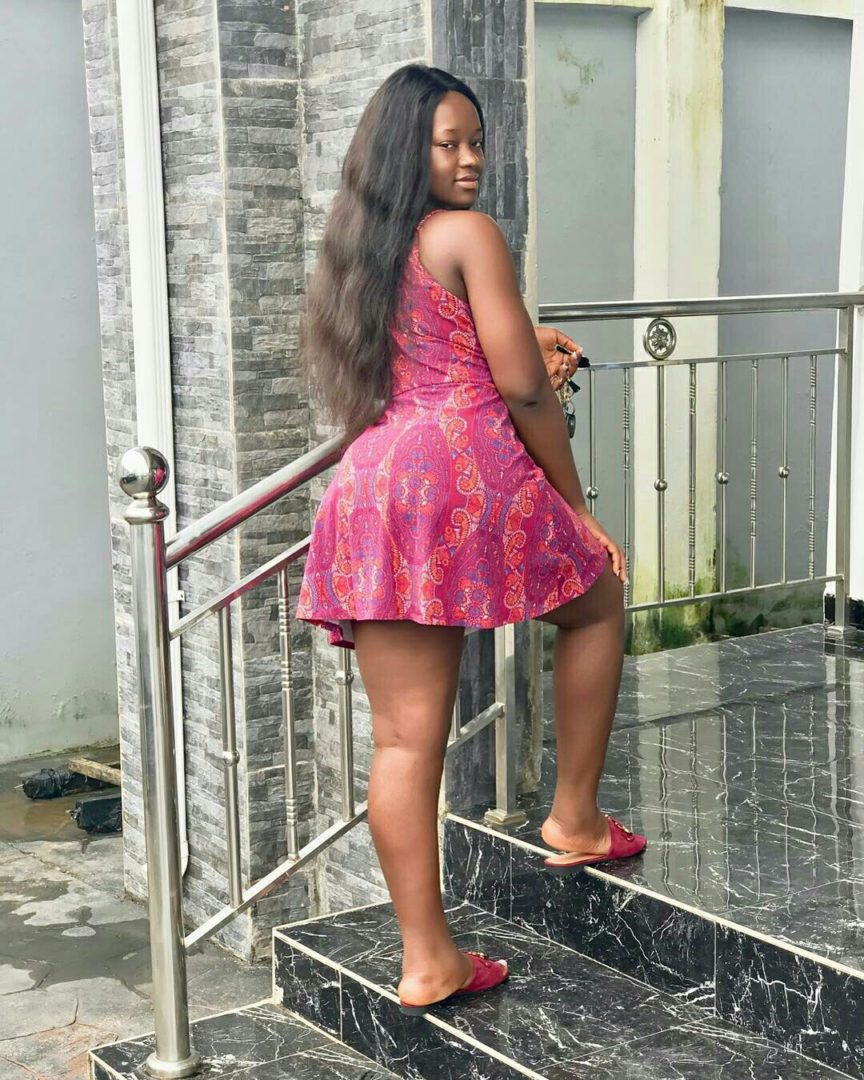 However, I had doubts not knowing that God was up to something great. He sent me a script and that was how I featured in my first movie, Osinachi My Wife.

What were you doing before acting?

I was doing nothing but schooling. I was in my first year at Madonna University.

What are you currently working on?

I am currently working on a movie, Scars of Love. It is a wonderful story.

What project would you consider your most challenging and why?

I have done good scripts but I don’t think I have come across any role that I will say is challenging, and sincerely, I am looking forward to that. 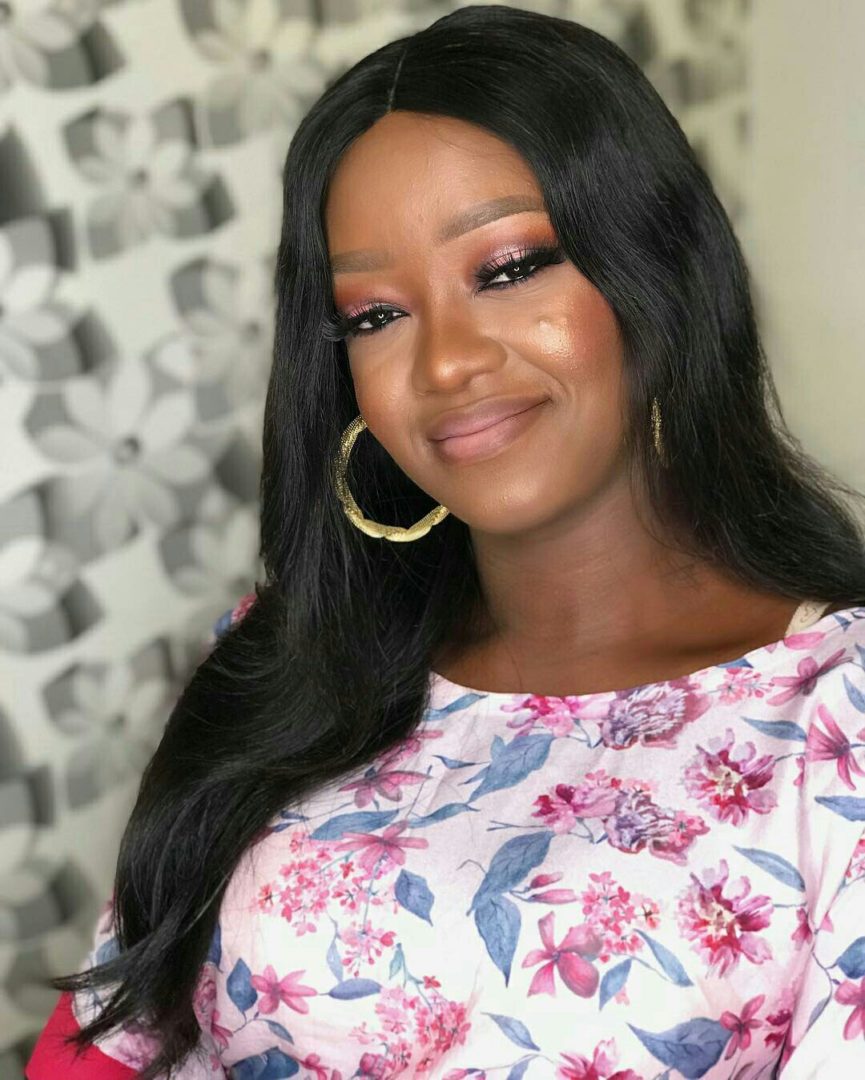 Which of your movies would best describe who you are?

I have mostly played other people’s characters. I have not received any script that best fits into who I am as Luchy Donalds.

Aside what we see on the screen, who really is Luchy Donalds?

Luchy Donalds is a very private person who loves her privacy a lot. I also love money so much (laughter).

And I am a Christian who believes so much in God. I can sit you down and preach for the whole day. I am a very easy-going person and I hate gossip.

What major lessons have you learnt as an actress?

To keep to myself and understand that it takes only God and His grace to break into stardom.

What part of your body do you flaunt to prove you’re attractive?

I would say my butt and boobs. I actually do not flaunt them all the time but I do sometimes.

Most men can hardly get their eyes off you. How do you deal with that considering the fact that lots of them want to get down with you? 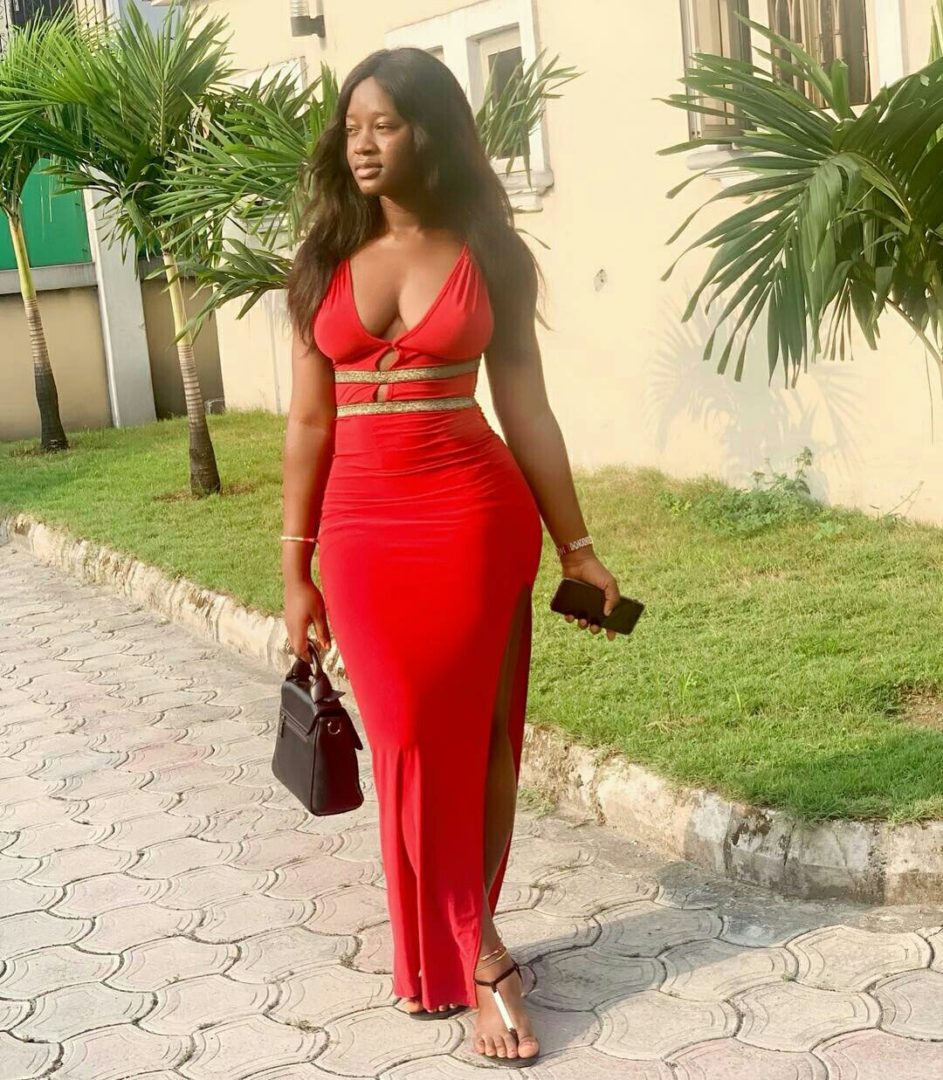 Every man loves good things and that includes pretty women. So, most times, I feel good that these men appreciate my beauty. But then, I find a nice way to handle the situation.

The industry is highly competitive, how do you intend breaking into the A-list class?

I intend to break into the A-list class with the grace of God, and also by putting in more effort into grooming myself to becoming a deeper actor.

Marriages, most especially in Nollywood, keep breaking up. As an actress who hopes to tie the knot someday, what is your stand on divorce?

I do not support divorce but at the same time, I feel that married people should devise better ways of handling their issues, rather than resort to divorce.

How would you safeguard your marriage when you eventually tie the knot?

I intend to keep my marriage by being extremely submissive to my husband, and by not letting fame get into my head so much so that it will make me look down on my future husband.

READ ALSO
“Why 2018 has been a nightmare for me”,especially the killings- Annie Idibia 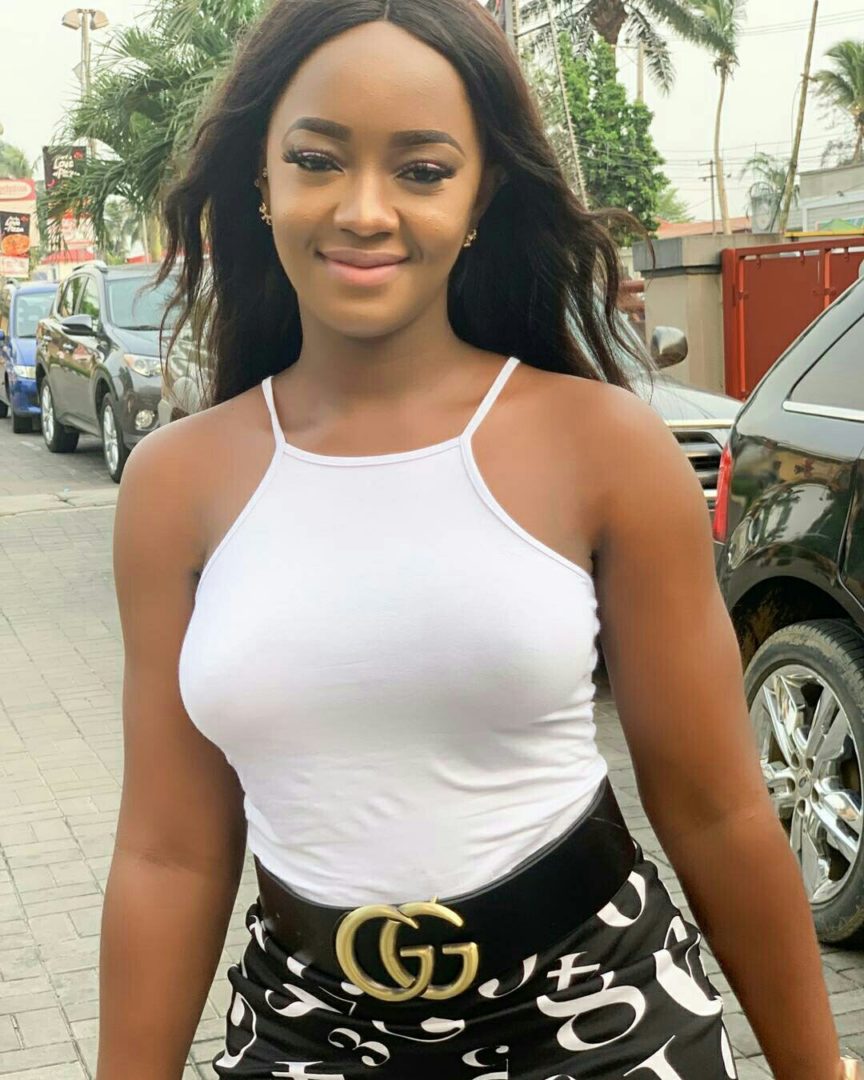 What does sex mean to you?

To me, sex is deep and I feel it should be given to only the person who is worth it. Sex creates connection and is a way of bonding.

As a pretty and sexy lady, do you also have women wooing you?

Truth is we have women who woo women. Another truth is, we can’t judge them, but I politely turn such requests down.

Having being tempted many a time, can you share with us some of your experiences?

I have never fallen for any temptation. Whatever I have done or did was because I chose to do it.

How do you relieve or handle sexual urge when it hits you?

I am not a sex person; I can go a whole year without sex.

What was your most embarrassing moment?

That was when I went to church in my high heels only to get down from the car and realise that my new pair of shoes were actually bigger and it kept coming off as I walked. 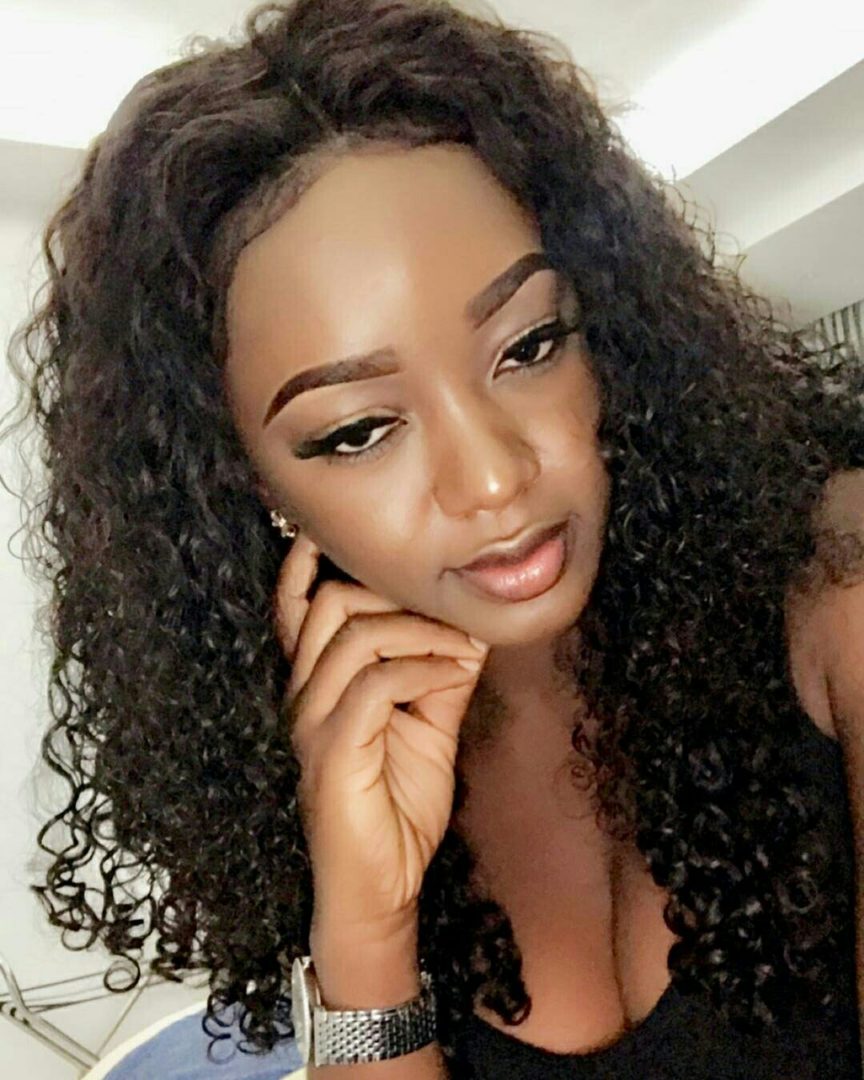 How do you deal with anxiety regarding embarrassing moments beyond your control?

Honestly, I try so hard to avoid embarrassments because I can’t stand it. It is something that weighs me down.

In which way would you handle scandal if it hits you?

I can’t say exactly because scandal is something that breaks people down emotionally.

The reason I can’t answer this question is because I have never been involved in any scandal.

Adedokun Moses - December 11, 2019 0
It's December and everyone in the country are planning their budget so as not to be at loose end when the year runs out. However,...

Rapper T.I and his wife Tiny to renew their wedding vows amidst his cheating...

Johnson Olumide - March 2, 2018 0
Toolz  took to Twitter to air her thoughts on Davido’s 30billion concert after watching over 20 musicians acts perform first before seeig the star...

Adedokun Moses - November 10, 2019 0
Things seem to be getting better and better for Nollywood actress Toyin Abraham after she showed off her new car. The actress who has not...