Home News 10 Promises Of God To Us 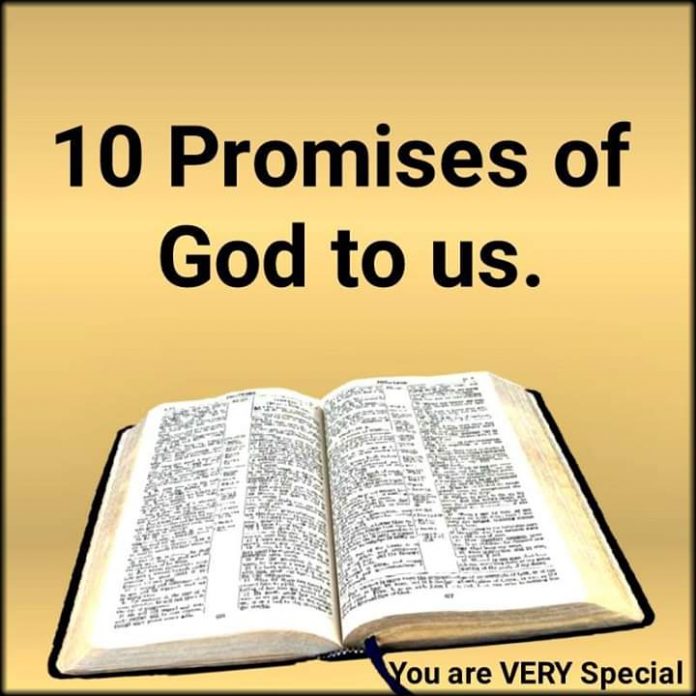 This signifies the real being of God, his self-existence, and that he is the Being of beings; as also it denotes his eternity and immutability, and his constancy and faithfulness in fulfilling his promises, for it includes all time, past, present, and to come; and the sense is, not only I am what I am at present, but I am what I have been, and I am what I shall be, and shall be what I am.

Not merely by his essence or power, who is every where; or by his providence supporting, preserving, observing, ordering, and overruling all things; but in a way of special grace, to guard and protect his people, support and supply them, comfort and strengthen their hearts; wherefore they need not fear any of their enemies, nor whatsoever they may be called to suffer for his name’s sake, even though they pass through fire and water, and the valley of the shadow of death: be not dismayed, I am thy God ;
through Christ, in a covenant way, as appeared by the effectual calling of them; and therefore might depend on his love, be sure of his power, expect all needful supplies, and to be comfortably carried through every service and trial they were called unto; and need fear no enemies, or be dismayed at anything that should befall them; or become weak as water, and their hearts melt like wax within them.

Which is a promise made to Joshua, and belongs to all believers, ( Joshua 1:5 ) which may regard things temporal, as that God will not leave his people in the hands of their enemies, nor forsake them in distress, nor withhold any good thing from them needful for them, but will supply them with the necessaries of life, with which they should be content
God will not leave them to themselves, to their own corruptions, which would overpower them; nor to their own strength, which is but weakness; nor to their own wisdom, which is folly; nor to Satan, and his temptations, who is an over match for them; nor to the world, the frowns and flatteries of it, by which they might be drawn aside; nor will he leave them destitute of his presence; for though he sometimes hides his face, and withdraws himself, yet not wholly, nor finally; nor will he forsake the work of his own hands, in them, but will perform it until the day of Christ; he will not leave or forsake them, so as that they shall perish; he will not forsake them in life, nor at death, nor at judgment.

for God does not always think fit to remove at once an affliction or temptation, though at the earnest request of his people, as in the case of Paul, ( 2 Corinthians 12:7 2 Corinthians 12:8 ) yet he gives them grace sufficient to endure and stand up under it, yea, to get the victory of it, to be more that conquerors, and triumph over it.

For in that he himself hath suffered being tempted
By Satan, at his entrance on his public ministry, and a little before his death; which was done, not by stirring up sin in him, for he had none, nor by putting any into him, which could not be done, nor could Satan get any advantage over him; he solicited him one thing and another, but in vain; though these temptations were very troublesome, and disagreeable, and abhorrent to the pure and holy nature of Christ, and so must be reckoned among his sufferings, or things by which he suffered.

‘I will uphold thee with the right Hand of my Righteousness’, the Lord sustains us with His own strength. We cannot hold ourselves up, He holds us up and causes us to be victorious in all our trials.

It can be applied to the care of God in the preservation of men by his providence, especially his own people, whose God he is from their mother’s belly; who takes them under his protection as soon as born, and carries them through every state of infancy, youth, manhood, and old age, and never leaves nor forsakes them; see ( Psalms 22:10 ) ( Psalms 71:5 Psalms 71:6 Psalms 71:17
Psalms 71:18 ) ( 48:14 ) , and with great propriety may be applied to regenerate persons, who, as soon as born again, are regarded by the Lord in a very visible, tender, and compassionate manner; he “bears” them in his bosom, and on his heart; he bears them in his arms; he puts his everlasting arms underneath them; he bears with them, with all their weakness and infirmities, their peevishness and frowardness; he bears them up under all their afflictions, and sustains all their burdens; he bears them through and out of all their troubles and difficulties: he “carries” them, in like manner, in his bosom, and in his arms; he “carries” them into his house, the church, which is the nursery for them, where they are nursed and fed, and have the breasts of consolation drawn out to them; he carries on the good work of grace in them; he carries them through all their trials and exercises safe to heaven and eternal happiness; for they are poor, weak, helpless creatures, like newly born babes, cannot go alone, but must be bore up and carried.

A refuge in every time of trouble, outward or toward; a refuge when all others fail; and is himself a never failing one, a strong refuge, which none can break through and into, and in which all that have fled thither and dwell are safe:
and my fortress;
what fortifications, natural or artificial, are to a city and its inhabitants, that is God to his people, and much more; he is round about them, as the mountains were about Jerusalem; his salvation are walls and bulwarks to them; yea, he is a wall of fire about them, ( Psalms 125:2 ) ( Isaiah 26:1 ) (
Zechariah 2:5 ) , they are kept by his power, as in a garrison, ( 1 Peter 1:5 ) 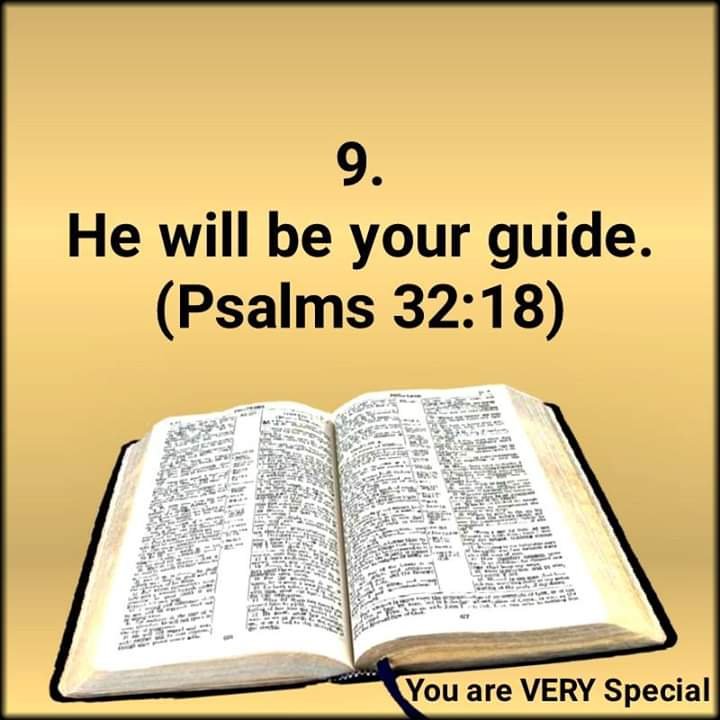 God removed every impediment and obstacle out of his way, and made it plain and easy, as Jarchi observes; and succeeded him, and gave him victory over his enemies; this has been verified in Christ, who has conquered sin, Satan, the world, death, and the grave: for this is not to be understood of the way and course of David’s life and conversation, which was not perfect and unspotted, but had many blemishes and imperfections in it, which he often owns, confesses, and bewails. 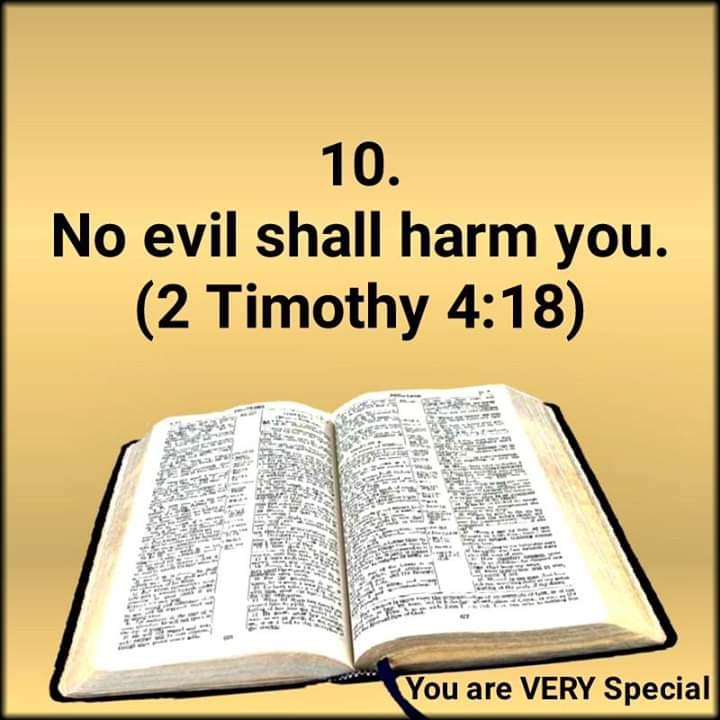 From wicked and unreasonable men, and all their attempts upon him, and from all afflictions by them; not but that he expected afflictions as long as he was in the world, but he knew that God would support him under them; and in his own time and way deliver out of them; and at last entirely by death, when he should be no more attended with them;