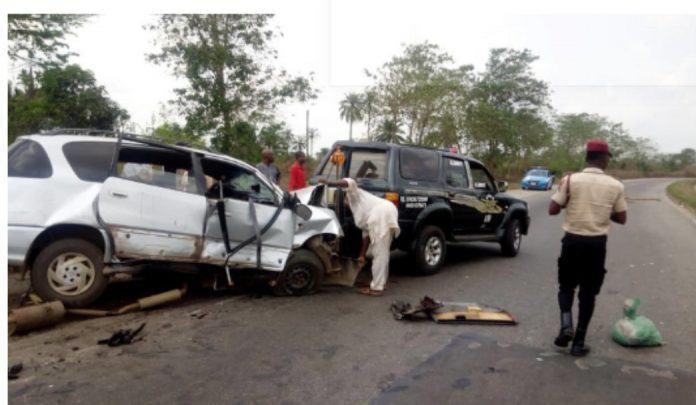 Four persons have been confirmed dead in an accident, involving a Toyota Corolla car and a low bed Mack trailer at the Obada Oko area on the Lagos-Abeokuta Expressway. Mr Babatunde Akinbiyi, the spokesman of the Traffic Compliance and Enforcement Corps (TRACE), confirmed the incident to News Agency of Nigeria (NAN) in Abeokuta on Monday.

Akinbiyi said that the accident occurred around 7:36 pm on Sunday and attributed it to recklessness and speed on the part of both drivers. Akinbiyi said that eight persons, including seven adults and one female child, were involved in the crash. He said that four occupants of the car died on the spot, while two others sustained injuries.

May the souls of the faithful departed rest in peace