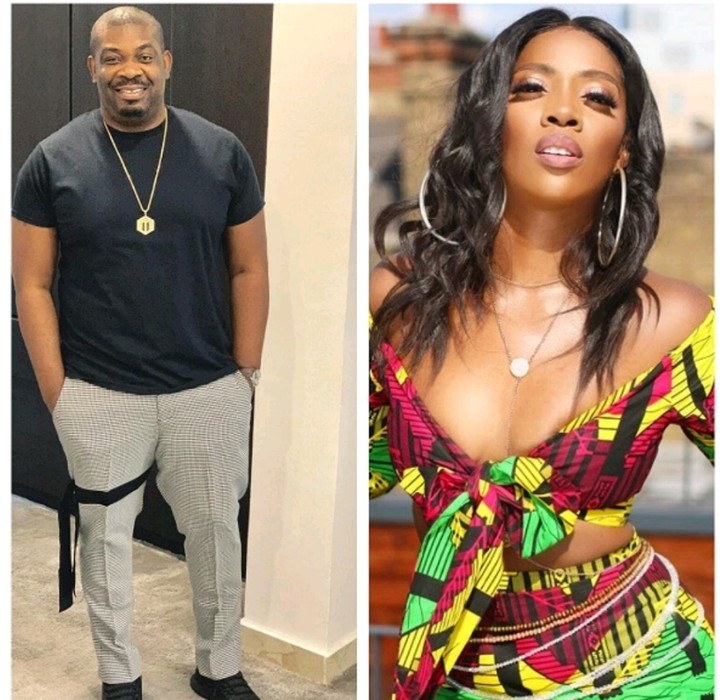 He thanked her for her years of service with them and the fruitful partnership they had.

On the “Blueprint” episode of the Loose Talk Podcast which had Don Jazzy as a host, the Mavins boss went further to say that him and Tiwa Savage were still business partners.

“It’s obvious to everybody, it was an epic journey. I don’t necessarily even feel like now because you’ve signed to Universal, to everybody it just looks like she’s gone to the land beyond beyond. I don’t understand, we’re still business partners, there’s still catalogues that we share, that she’s still going to be receiving royalties from for the rest of her life or whatever.

“The business was dope, and she’s actually one of my favourite business partners of all time. I mean, myself and D’Banj worked together for eight years and one year, Tiwa would have been eight years too as well. It was beautiful, she was understanding from the get-go till now.

He praised her character saying “There’s nothing she doesn’t understand, we try as much as possible to understand each other. Sometimes, even when should disagree with each other on some things, she’s just matured, you know.

“She’s loving, and knew what she wanted from day one.”