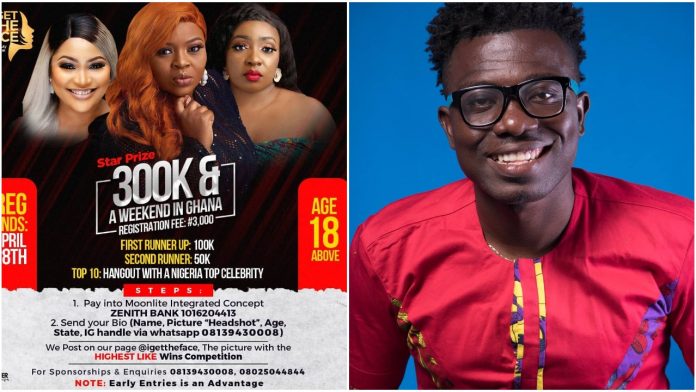 Few hours after actress Bimbo Thomas released a disclaimer of her non involvement with the I get the face online pageant, more evidence has surfaced online about the CEO/Convener to proof the pageant was planned to exploit innocent ladies sexually and financially. 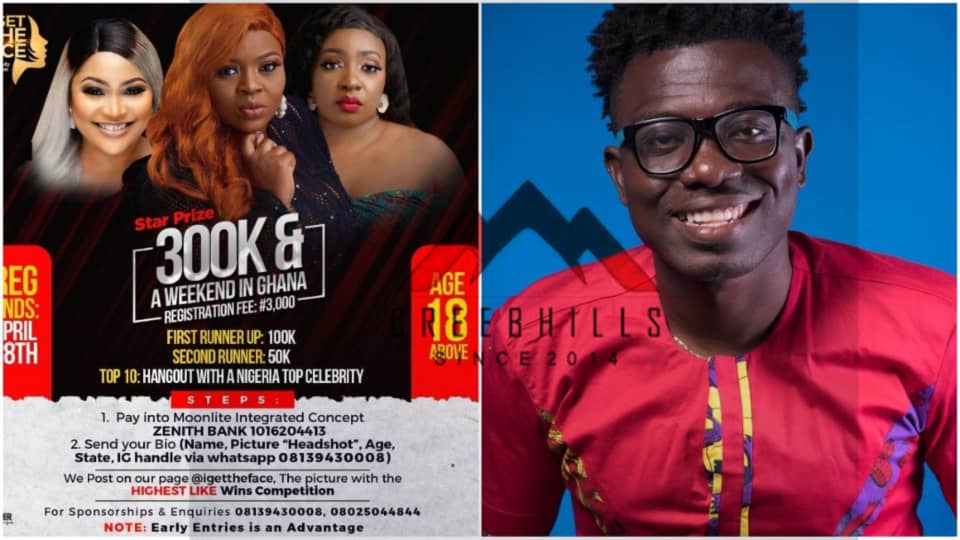 One of the Female participant’s who had a private chat with our representative confirms with proof of whatsapp chat of the convener. She stated she was invited to join the pageant without paying the entry fee but in return she would offer sex for free.

She said its not the first time he had made such advances, as he had initially asked her out, but she declined while also later discovering his married with kids.

Recall earlier today we broke the news of Nollywood actress  bimbo Thomas distancing herself from the online beauty pageant.

This is a public post to the world, Africa, Nigeria, ladies and most especially the contestant of the on going @igettheface pageant. This is to let you all know @iambimbothomas only did a kind favor to the CEO of IGETTHEFACE online pageant @ankaramega who called to plead to use my face for ads and basically endorsed my face for full publicity.

I can publicly say half of the contestants registered due to how i influences them positively and with the current situation going on in house, starting from extorting money from contestants, to been asked to sleep with the Boss (online sexual harrasment request). @iambimbothomas knows nothing about the brand nor the idea behind the contest or it’s futuristic plans.

Note: That the ad post on @bimbothomas page wasn’t a paid advert as it was only a favourable advert to a colleague in the industry.
This is also an advise to ladies to please be careful and may God bless us and keep us. “Let’s all make research and proper findings before we give a go ahead”
Have a lovely week ahead.

Below are screenshots from the conversation between her and the CEO of  I get the Face online Pageant and also screenshot from interview: 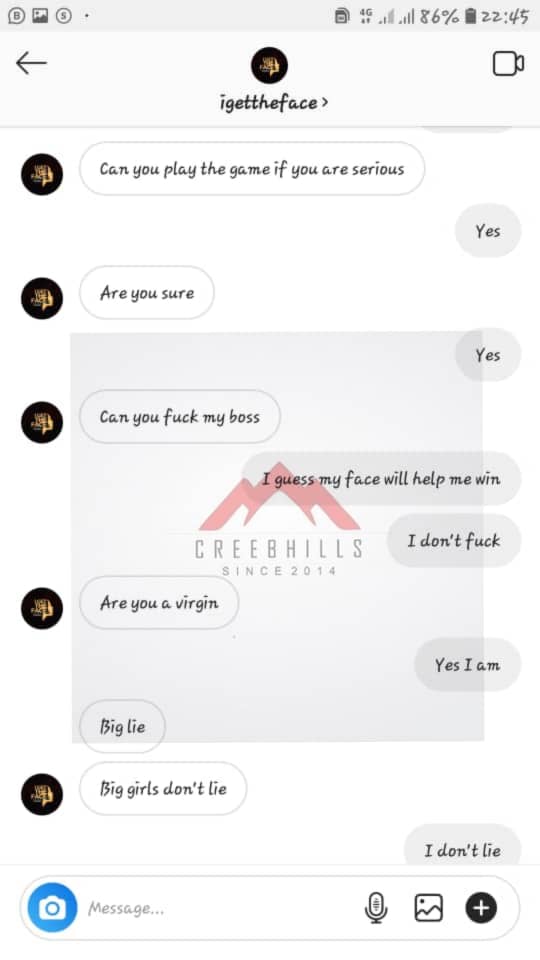 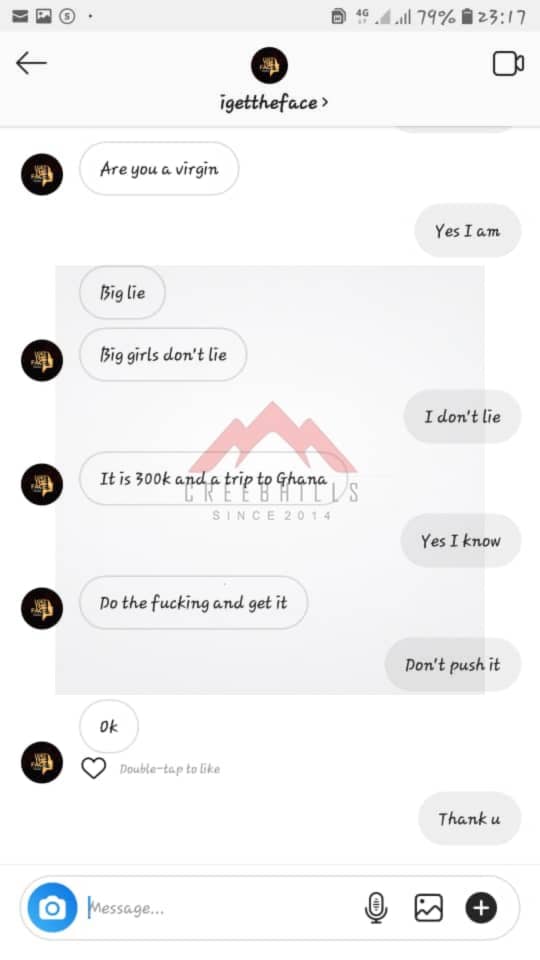 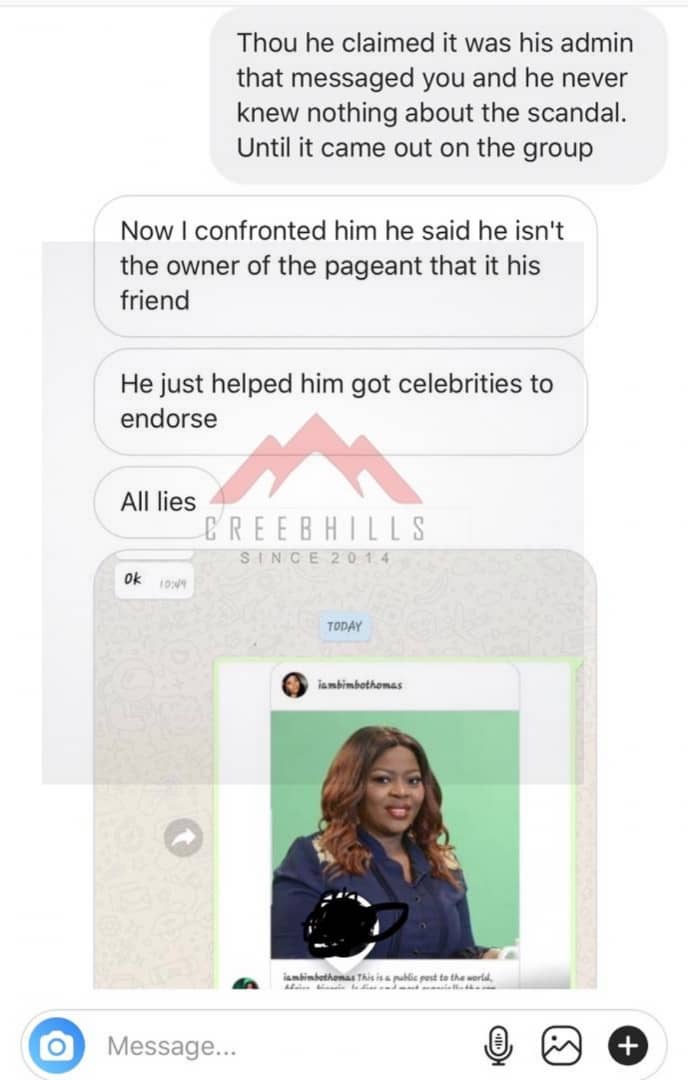 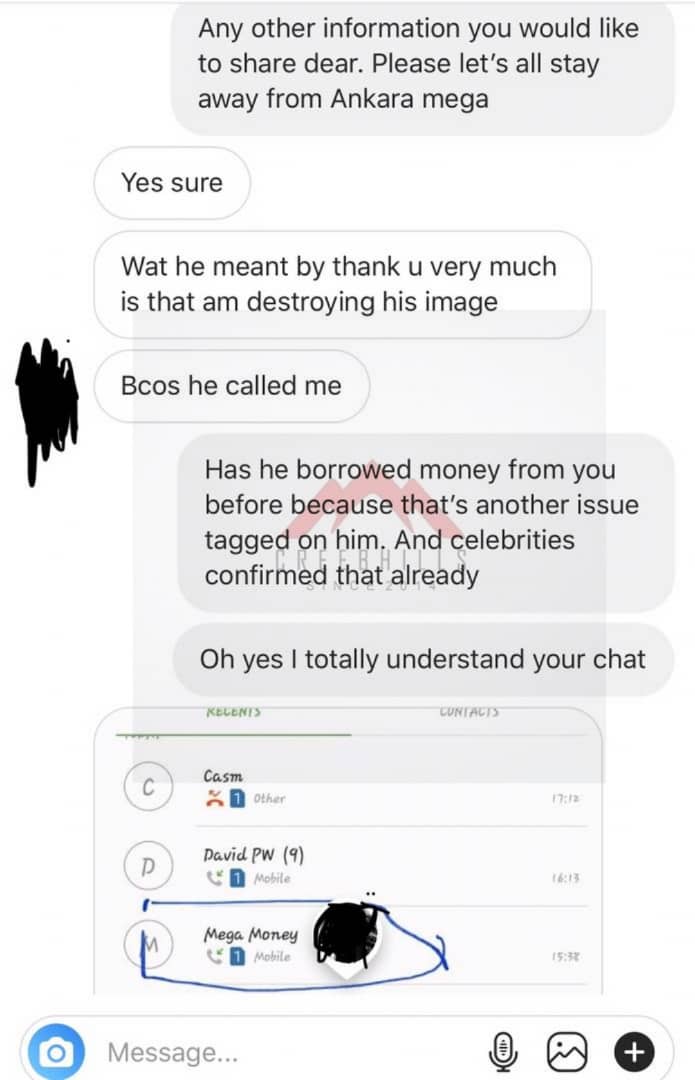 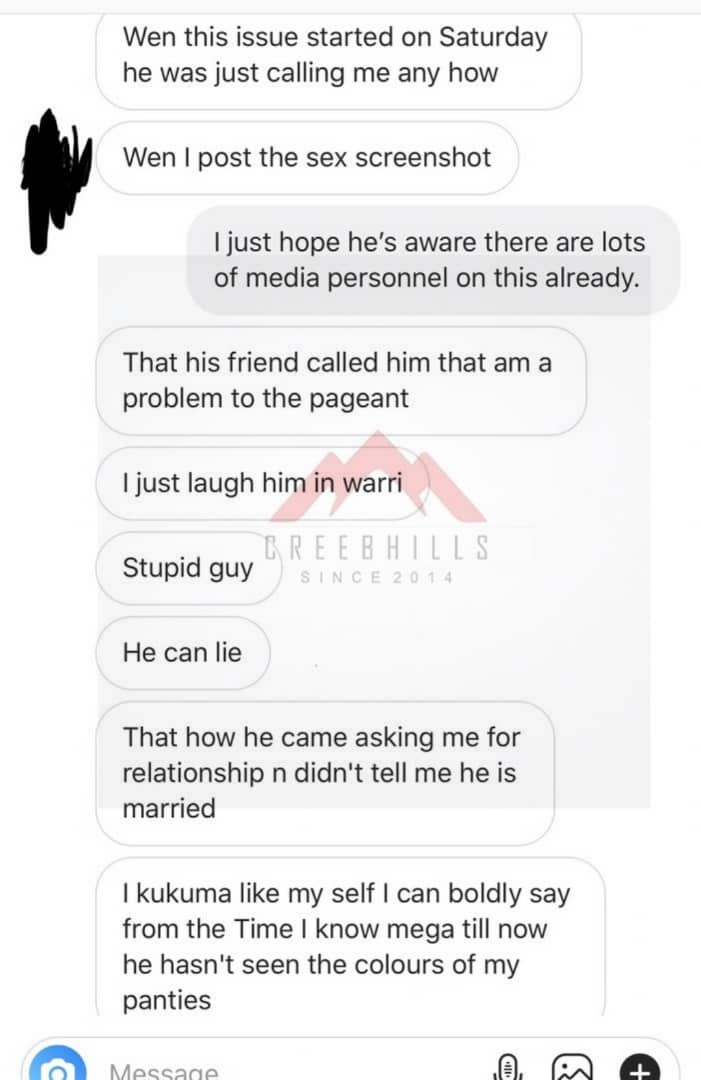 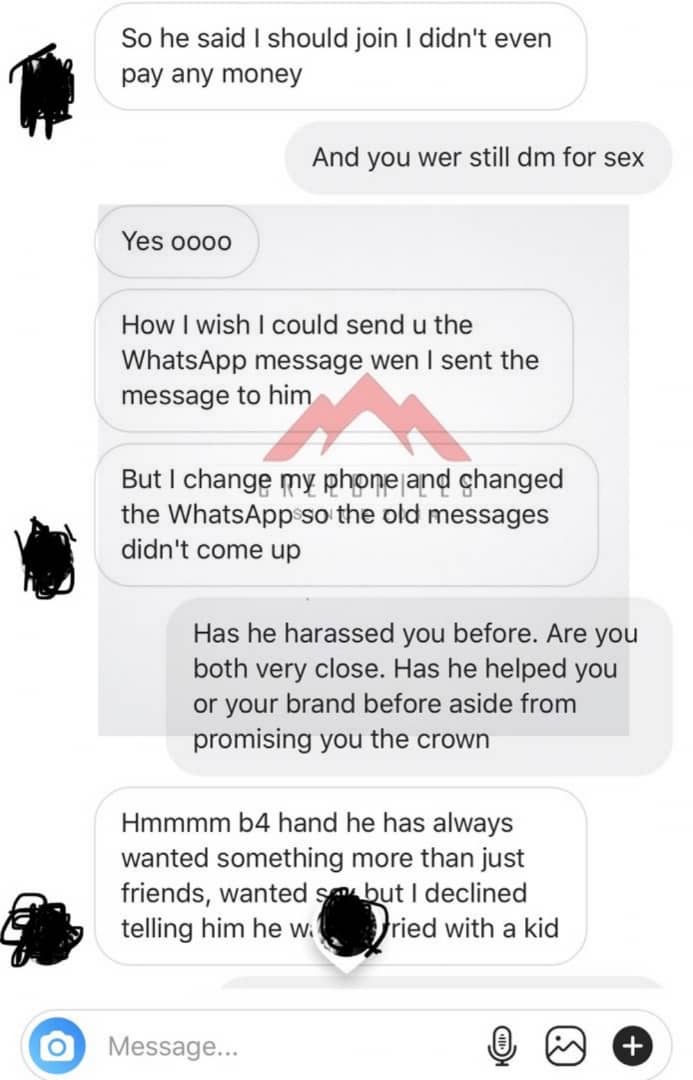