Home News I cried when I was called the cheapest actress , I was... 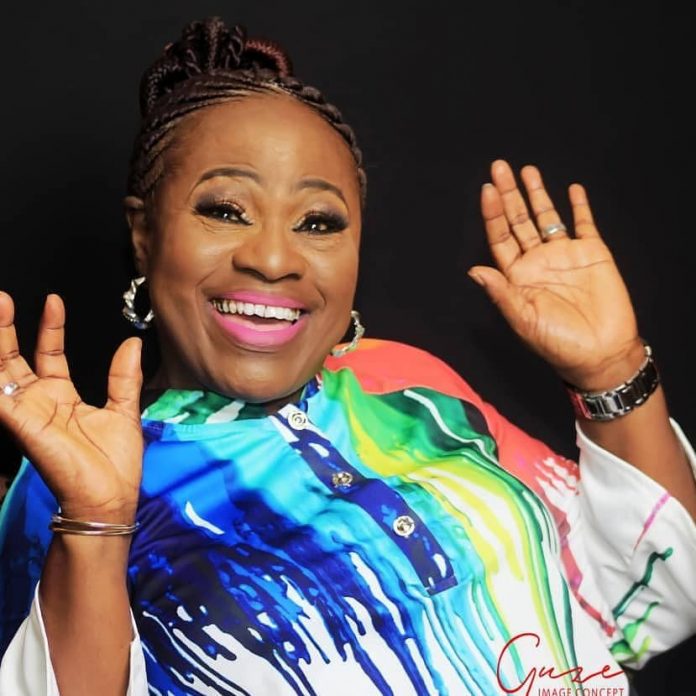 Veteran actress, Idowu Phillips, aka Mama Rainbow, speaks with TOFARATI IGE about her career, foundation, family and other issues. 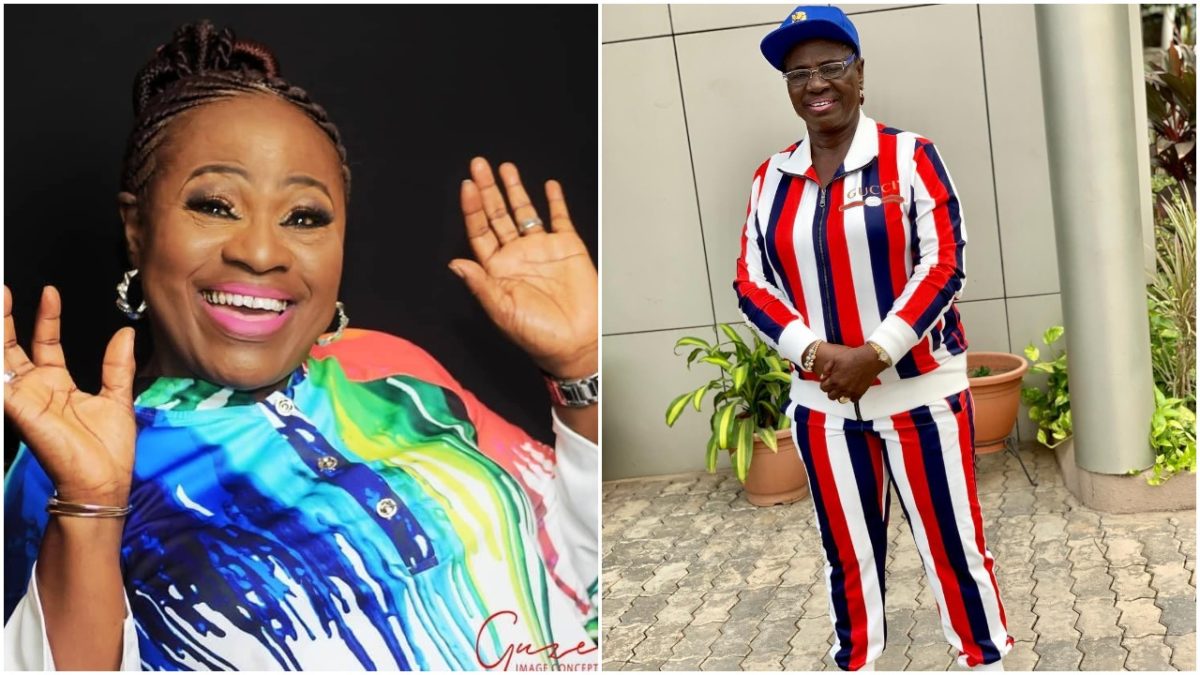 What is the name of your foundation and when was it started?

It is called the Mama Rainbow Foundation. It started over 15 years ago and we have been assisted by God and some people. For this year, we want to hold our annual event in a way that everyone would know about it. It will take place on Children’s Day in my house at Ojodu Berger, Lagos. In the past, whenever we called some people for our programmes, they weren’t aware of our activities. But now, we want everyone to know about us so that whenever we call widows and other people, they can attend our events.

What is the focus of the foundation?

We cater to widows. You know I am also a widow; I lost my husband over 30 years ago. I went through a lot and that is why I decided to be helping widows. On the day of the programme, we would advise one another. Being a widow doesn’t mean one should just sit in one place without doing anything and waiting on the government for help. At the event, we would also share experiences.

What are the major challenges that widows face in Nigeria?

We still don’t have a government that gives things to widows. However, I get help from people such as Rev Esther Ajayi, aka, Iya Adura; Alhaja Muraina, Chief Toyin Kolade, and some men who crave anonymity. I get support from such people and it has gone a long way. 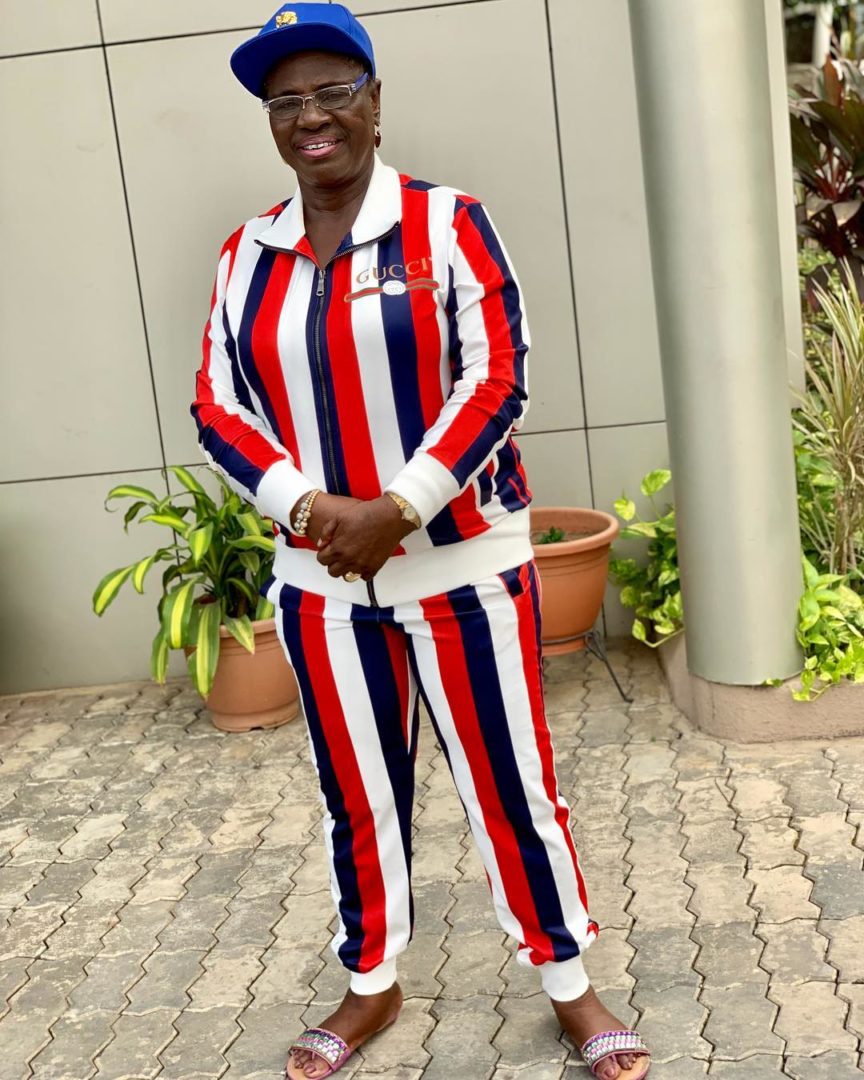 In my house alone, I feed over 20 people. There are different mothers with several kids living with me. There are also many who have graduated from tertiary institutions. When people visit me, they think I am hosting an event. But when I tell them it’s what I do every day, they are usually amazed. And they help in any way they can.

However, someone came from outside the country, and advised me to make the foundation more official so that people can pay attention to us and we can get more help. We also want the government to support us.

What are some of the challenges you face in the course of running the foundation?

There have been lots of challenges. Right here in my house, we have had different issues over food and other things. When food is wasted, I often scold them that they don’t know how hard it is to get the food.

Sometimes, when the children go to school and they don’t dress well, I have to caution them. I often admonish the mothers here to take care of their children so they can turn out to be respectable members of society.

Shortly after the death of my husband, one of my children used to go to where he was buried to beg him to come and eat. That should tell you how little the child was. Meanwhile, the child is over 40 now. And that is why I often tell the mothers that God can change anybody’s fortunes for good. You only need to pray consistently and do the right things. If you are generous, you will always receive favour.

Some veteran actors have had to resort to soliciting for funds from the public to take care of medical issues. How does that make you feel?

There are about five Nollywood practitioners that I take care of. I don’t need to mention anybody’s name, and I don’t tell people about it either. There are also some people in Ibadan that I try to take care of. If a sick person uses drugs without eating, healing may not come quickly.

Can you recall how you got into the movie industry?

My husband was the actor. But I started acting in 1965. My husband’s group was having a play titled, Rabiatu Dance Drama (it is because of that particular play that I was nicknamed Rabiatu).

The play was to hold at the Glover Memorial Hall, Marina, Lagos, but the lead actress was not on the ground even after tickets had been sold. There were already so many people in the hall, and they started grumbling when the play did not start on time. I noticed that my husband and his managers were agitated.

So, I told them that I would play the role of Rabiatu. My husband initially dismissed me, saying that I didn’t know much about their work since I only came around when I was not on duty at the hospital (I was a nurse at the time).

However, I eventually went on stage and acted the role. They told me what I had to say, and I thank God I was able to deliver.

The late Chief Hubert Ogunde also attended the play with three of his wives, and he was astounded when he saw me on stage. He then told my husband that he had an ‘instrument’ at home, so he shouldn’t look elsewhere. And that was basically how I started my acting career.

Before going on stage that day, have you been interested in acting?

No. As a matter of fact, I didn’t like theatre practitioners. Whenever I saw them, I used to wonder why they were often dressed in rags. I didn’t know that I would eventually join them. I used to hate them, but now, I pray for my husband. It is because of him that the whole world knows me today.

Actors and producers are known to marry many women. When you married your husband, weren’t you worried that you wouldn’t have him all to yourself?

Actually, he was married to someone before me, but she left. She said she couldn’t stay with him because he didn’t have anything. But my husband married me and gave me a ring.

For successful thespians, even if they don’t go after ladies, women would rush them. However, I was the only one my husband married.

Why did you choose to become a nurse?

That’s what I studied. It is only someone who is kind-hearted that can be a good nurse. I am very kind-hearted and I like helping people.

You say you are kind-hearted but many see you as being tough or wicked in movies. What’s the true picture?

It is whatever we’re told to do that we would act on camera. One needs to act well so that the audience would believe what they are watching. That’s why it’s called make-believe. As actors, we are lecturers and we teach life’s lessons. That’s why we always tell the younger generations of actors to teach the right things. 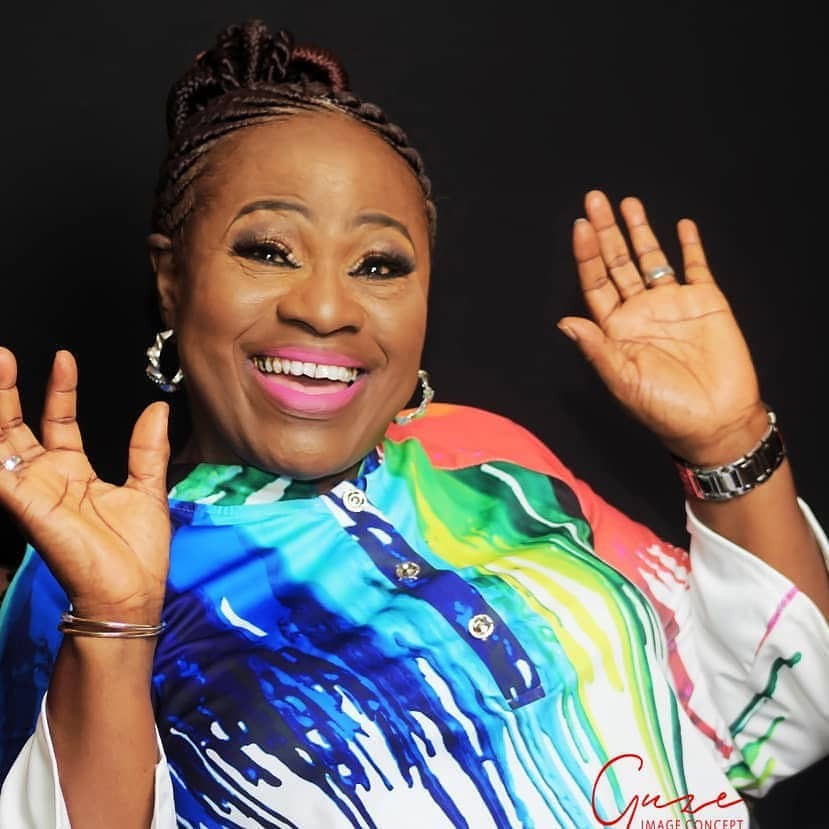 Do you sometimes wish you started acting in this era when there is more money in the profession?

If there was this much money in the industry when I started acting, I would have built several houses. At a time, I was even called the cheapest actress in several newspapers. However, I didn’t mind because it was from the little money I was paid that I used in training my children. Then, I was paid about N3,000 per movie. But thank God, I built a house even before those that were collecting millions.

How did you feel when you were referred to as the cheapest actress?

I cried bitterly. Then I took the newspaper to my children at home, and they consoled me. I thank God that he blessed me with good children who always listened to me.

You recently featured in a TV commercial for Airtel. How was the experience shooting the advert?

When we were shooting it, we didn’t know it would be this big. That’s why we often pray that the work that would change one’s life should come on time.

Since you shot that commercial, have you been getting more job opportunities?

Yes, they have increased. Even today, I was approached to be an ambassador for a brand, but I told them to hold on, because I currently have a contract with a similar brand. Truly, that advert gave us more prominence. People say that we changed the face of Airtel, but Airtel also changed my life. One of my co-stars in the commercial, Lateef Adedimeji, also said it changed his life.

I just finished shooting a 26-episode TV series. I also continue my work as a master of ceremonies at wedding engagement ceremonies.

Despite your age, you still look beautiful. Do you get advances from men?

(Laughs). I am now a grandma. They call me mummy.

Do you still see yourself getting married?

No, my children will not be happy about that.

What if your children support the decision?

I don’t think they would do that. At this stage, I’m only concerned with taking care of my family.

When you became a minister of the gospel, did any of your colleagues make jest of you?

The only thing they could say was that I didn’t know more than carrying Bibles around. God blessed me from the beginning. My clothes were not tattered and I did not have to beg anybody to feed.

What schools did you attend?

Is there any particular thing your late husband used to do that always made you smile?

He used to communicate with me using the talking drum. Whenever he did that, I always smiled. My late husband taught me so many things. He never used to fight. He was the type of husband other women prayed for. He was always after the progress of his family. I always remember him.

How do you relax?

I stay at home watching films.

Sometimes, I like to dress like a young person so that people will question if it’s really me.