Budding Ghanaian actress, Purfcie Conna who once told Potpourri in an interview that she’s okay with sex scenes has dropped what sounds like an anticlimax to that statement by posting a picture of herself on Instagram with a cryptic caption: “Being a virgin hasn’t been easy for me, temptations everywhere”.

It must have been a joke given the fact that the girl who goes by the name @redconna on Instagram once set the social media ablaze with her sensually voluptuous pictures which hit top search on the Instagram search section.

But she had accompanied the post with no funny emoji, meaning she was being dead serious. Yet less than 5 people out of the over 200 who responded believed she was on the level. 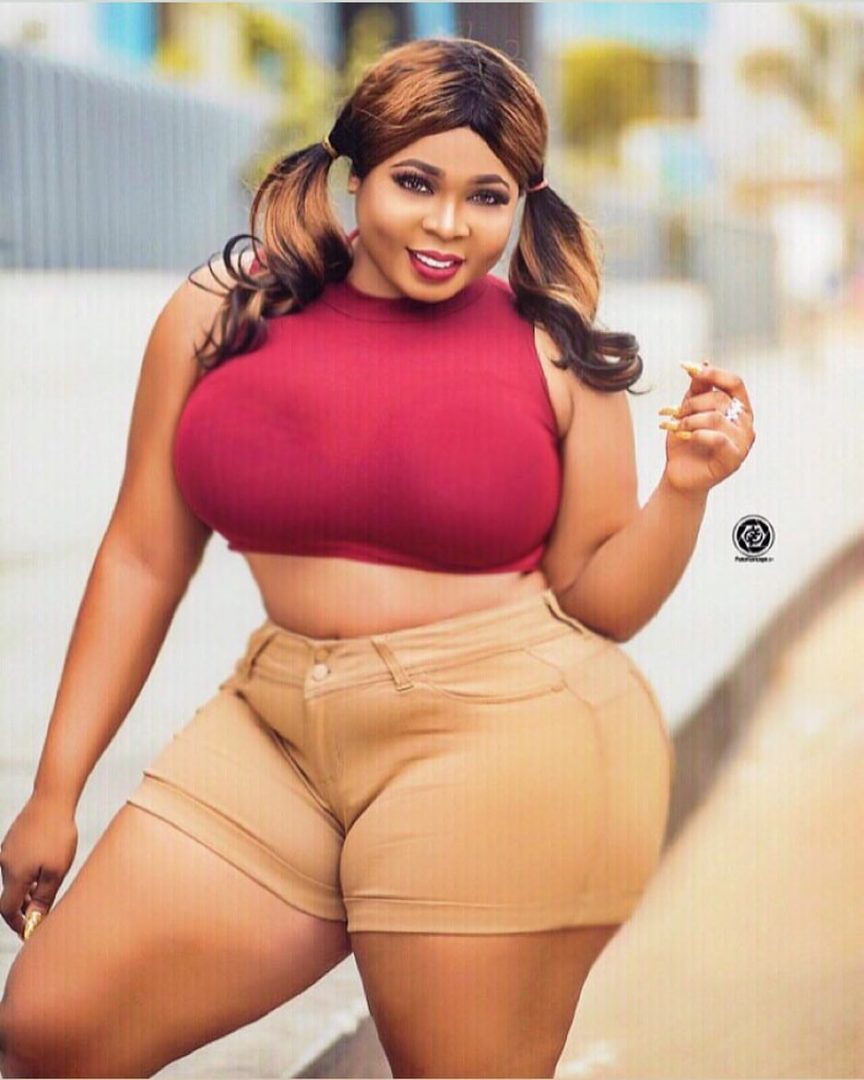 “This type of bum, virgin? It’s like saying Tonto Dikeh has never given a head before. Absolutely impossible,” one respondent interjected bewildered. And so were many, making reference to her curvy shape that she couldn’t have kept it tucked in all these years with that kind of body. But she was being dead serious.

In a private chat with Potpourri she stuck to her gun and kept to her statement. “Yes, I’m a virgin. I know people don’t believe it but it’s true. I have never had sex before. I just don’t do it,” she stated emphatically. When asked how she has been coping with boyfriends who obviously would want to see beyond the fine face and the killer curves.

She said: “ That’s why I said the temptations are everywhere. But the real ones stay, not because of sex. You can say I attached religion to it because Bible wise ,God said we shouldn’t have sex before marriage. And that’s my policy till I marry.”