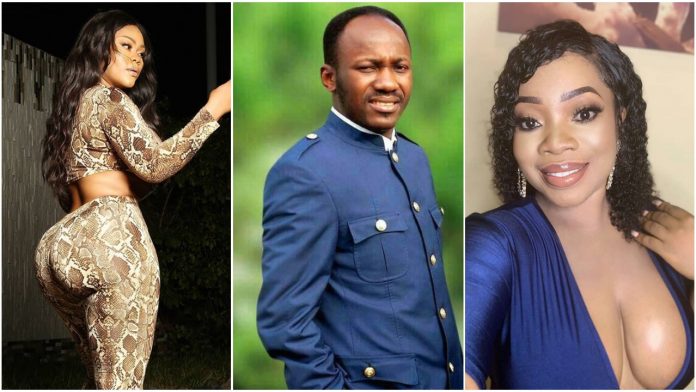 Instagram blogger, Cutie_Juls has exposed how Apostle Suleman is allegedly having sex with Ghanaian actress Moesha Boduong, which made actress Daniella Okeke to call her out. 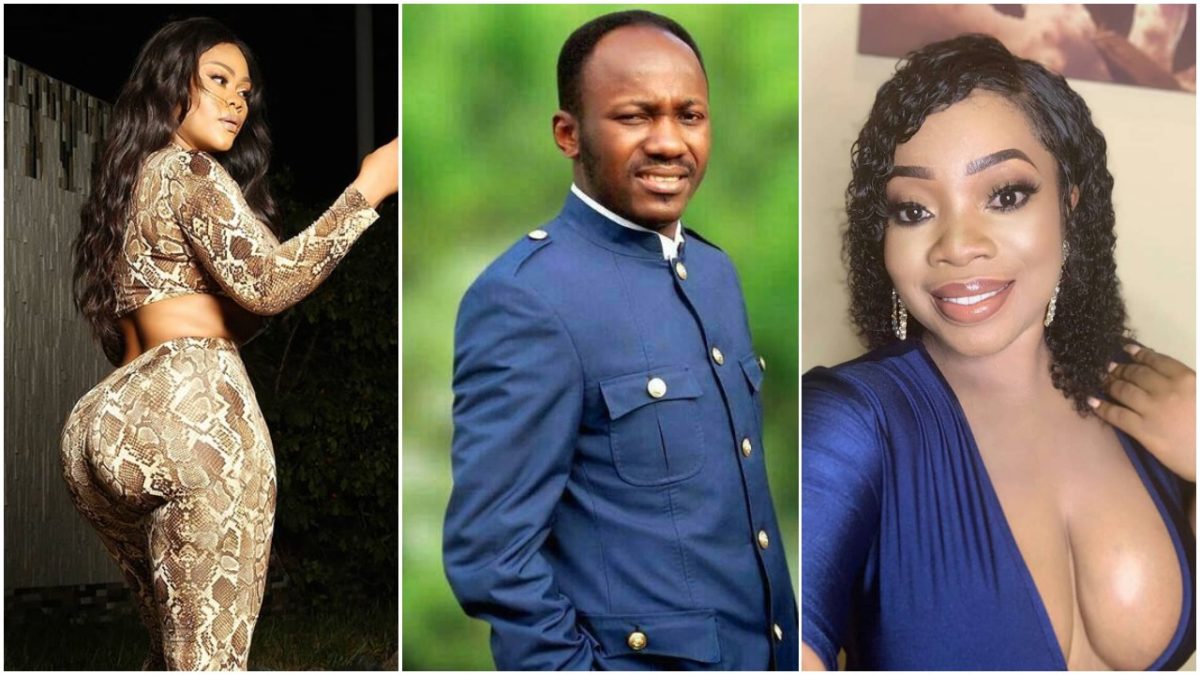 Two days ago, Actress Daniella Okeke was on Instagram ranting angrily at Moesha Boduong with claims that she has details of her WhatsApp chats with a person she failed to mentioned. She also used the opportunity to slam Stephanie Otobo who years ago exposed an alleged relationship between her and Apostle Suleman.

Well, Cutie_Juls who claims to be well informed about the activities of Daniella Okeke has told her not to bother about Moesha Boduong nor Stephanie Otobo, because her main problem is her Ghanaian pimp who has been spilling details about her activities. 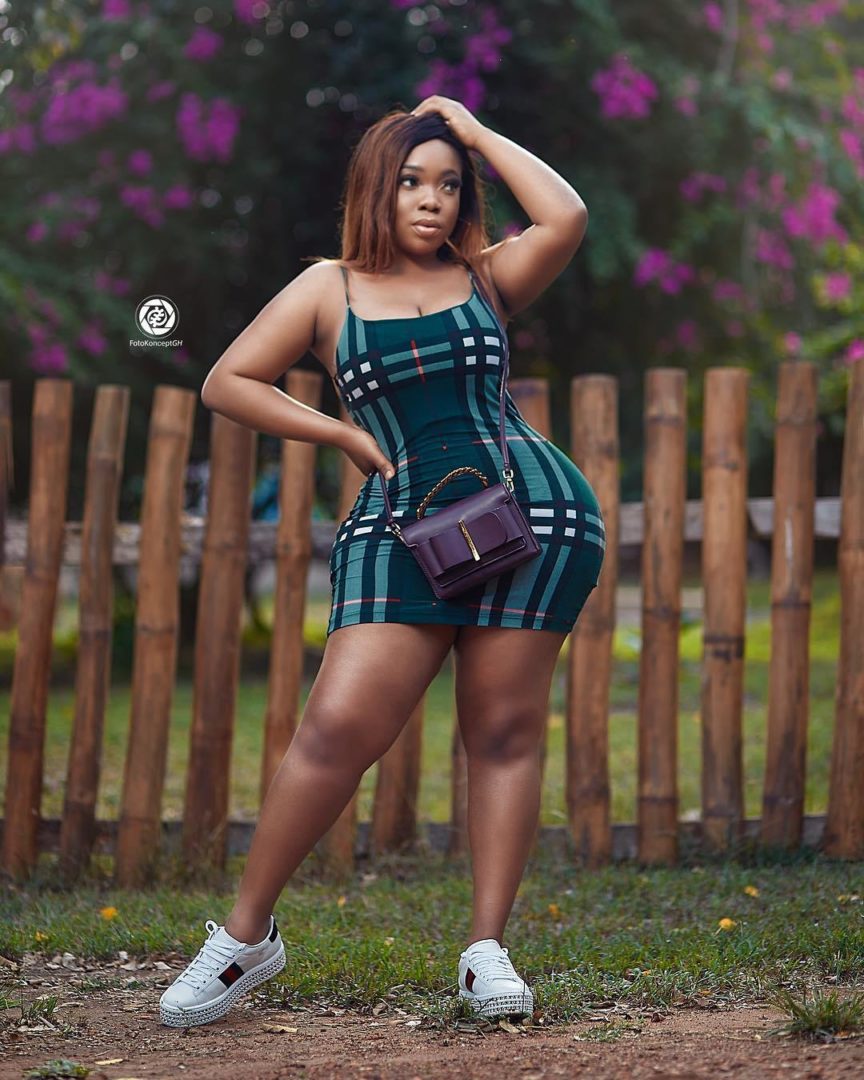 Do you all remember when I wrote about how a certain Nigerian celeb and the boyfriend flew to Ghana in the man’s private jet, had a meal etc? Well that was our beautiful Danny o and one “Mr man of God”

These girls don’t learn. When you say don’t make friends who wants the same things as you want, they won’t listen. Danny, don’t cry foul. When you saw Moe at Kempiski you should have let her be. Don’t you know you both are in the same WhatsApp group? Plus she has the backseat too.

Whether her own is artificial or not all Oga sees it big backseat. You fucked up mehn. You shouldn’t have invited Moesha, trust me. And this thing that Moesha is doing with your Oga man of God is going nowhere so relax. Don’t spoil market for Moe o. Because as I’m speaking to you now, Moe is in a serious relationship which the guy has hinted Marriage.

Even though Oga man oh God sponsored part of her current trip to USA, her man also funded some so calm down. As for the BET, she will go o cos it’s sealed and done. Oga man of God might be the looser here if you will calm down and reason like a pro. Cos like I told you, Moe is just giving him to collect her money and bounce cos her stable boyfriend is single and she prefers it that way. But that doesn’t mean she won’t do a runs for her cash o. Abi you know say an a**awo will always be an a**awo. 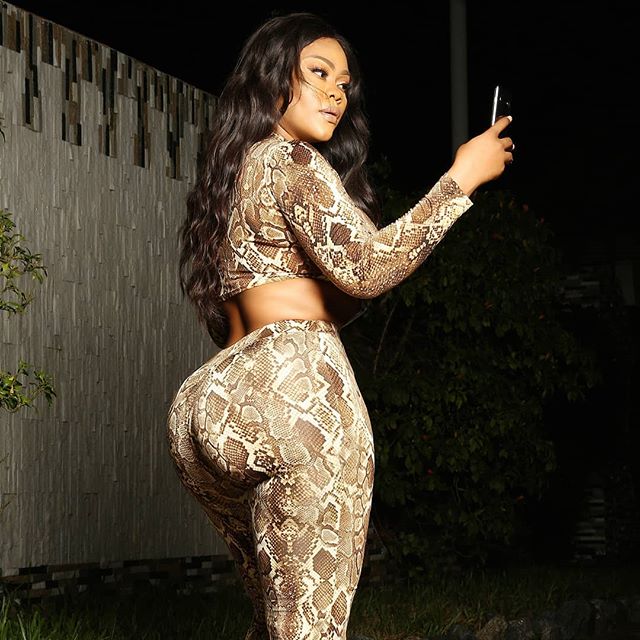 Dear #DaniellaOkeke, you know what? Stephanie isn’t your problem neither is Moesha but that your Ghanaian pimp. You know whom I’m referring to. The CEO of that award thing na. I don’t want to give too much details. She has yarn your news all over Ghana and even South Africa.

If you think I’m lying, how did I know she’s hooked you up to Safari ceo, Oscar and the rest of them. Well she uses you as her Grammys. Anytime she wants to introduce a girl, she convinces them with how she’s been hooking u up and even mention the men’s name. 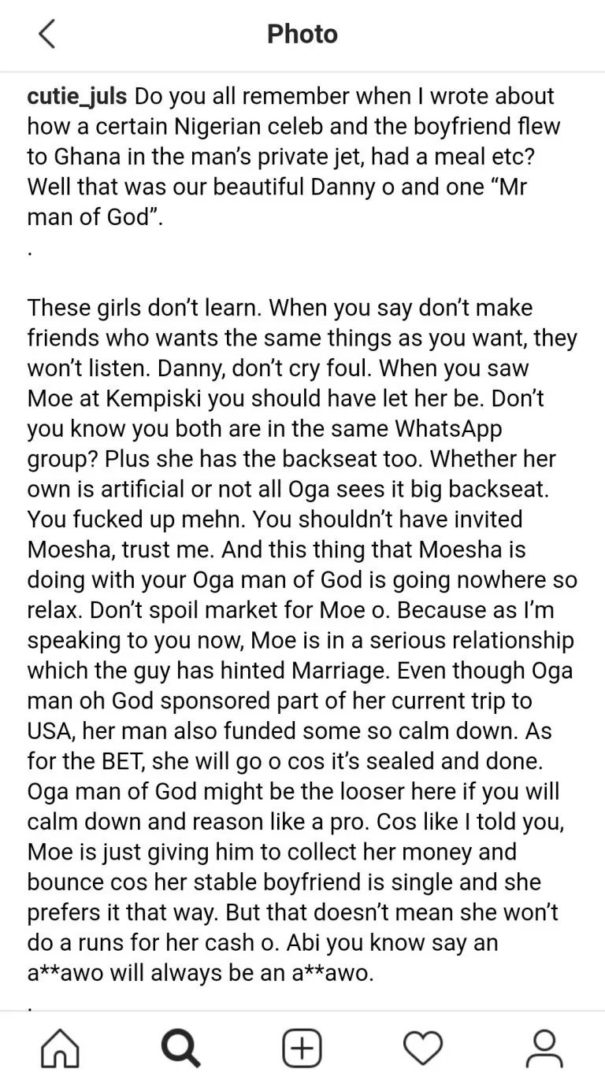 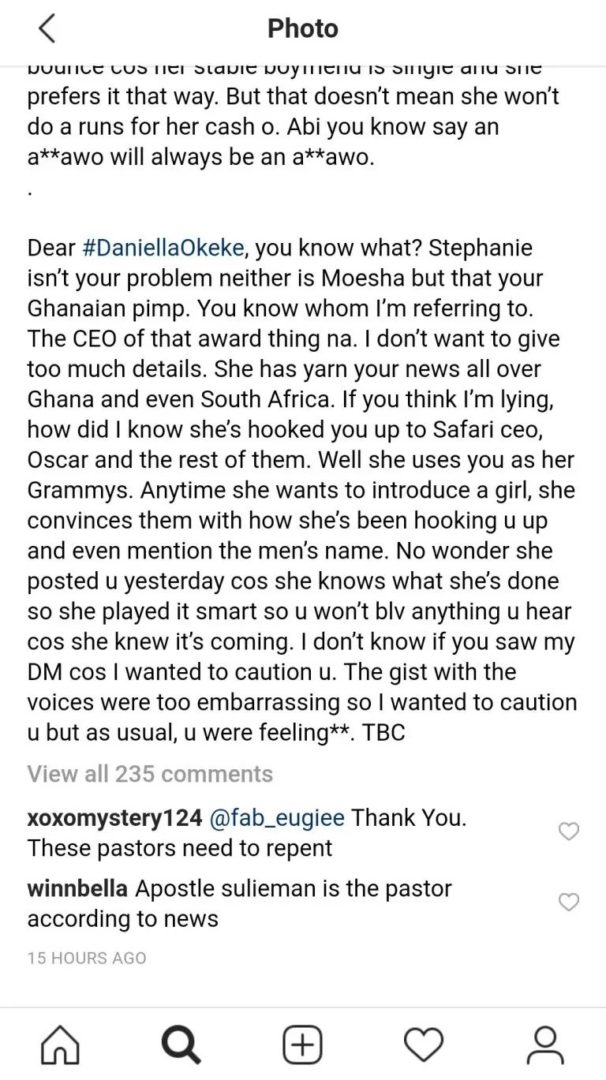