Home News Skales And His Girlfriend Neza Celebrate One Year Anniversary of Dating ,... 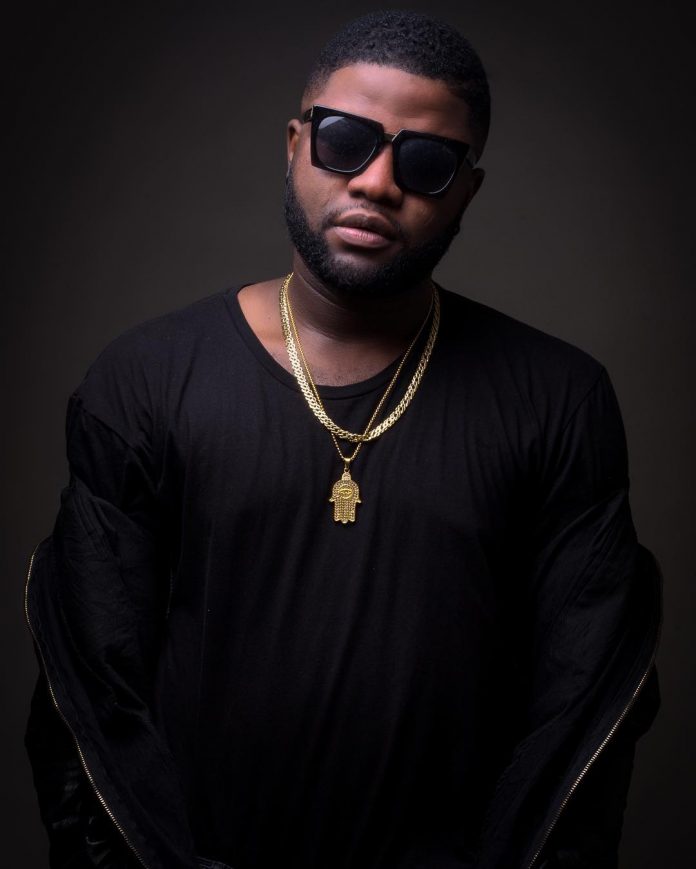 Skales and his girlfriend Neza who have been dating for quite some time now, took their romance to Instagram as they celebrated their one year anniversary. 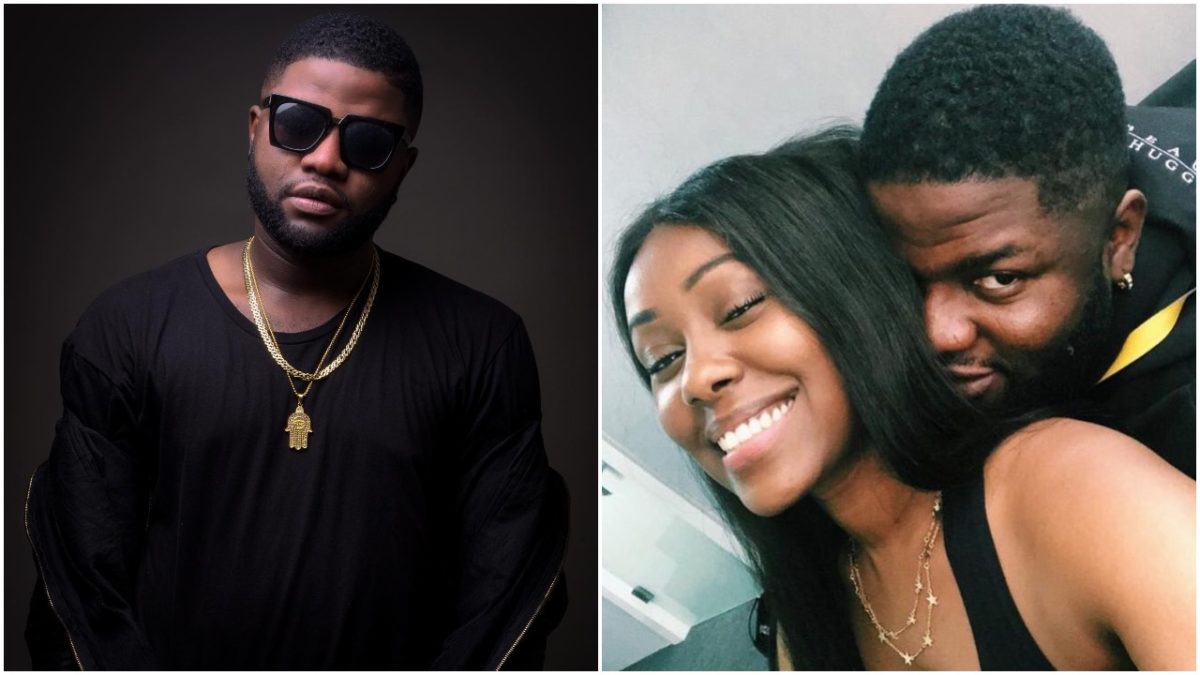 Skales who penned down a lovely post to his girlfriend Neza as they celebrated their one year anniversary, addressed her as his ‘Queen’. 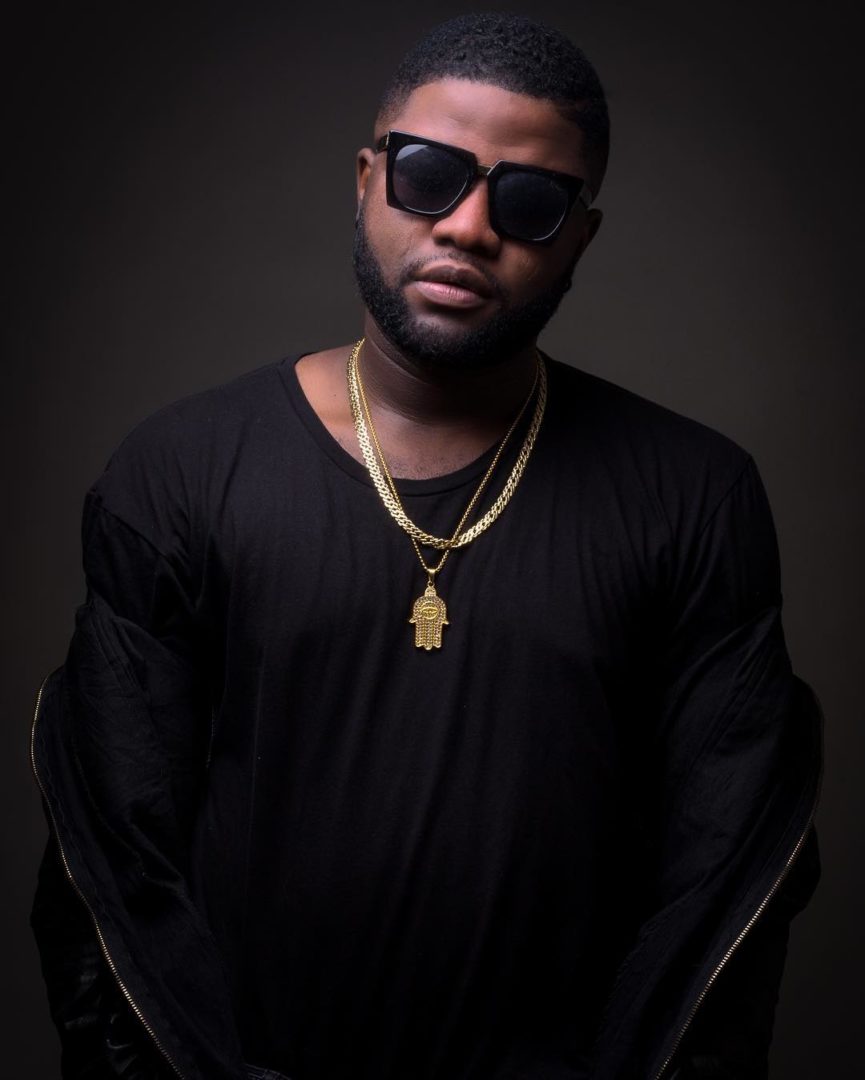 Neza on her own part, thanked him for treating her like a queen and prayed to make him happy the way he makes her. 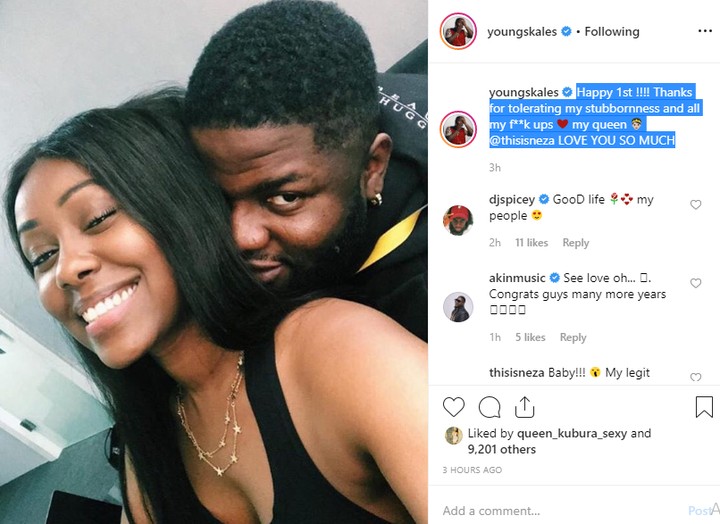 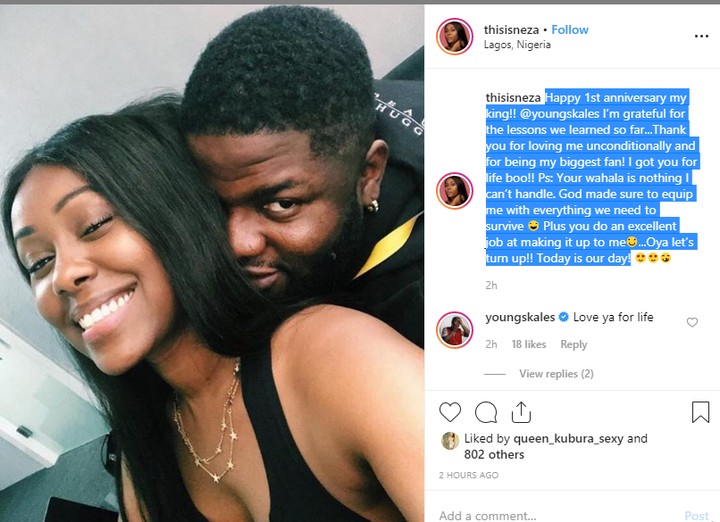 Mr Eazi who also gave a shout-out to the couple who are so in love, thanked Neza for keeping Skales grounded the whole time. Watch his video below;