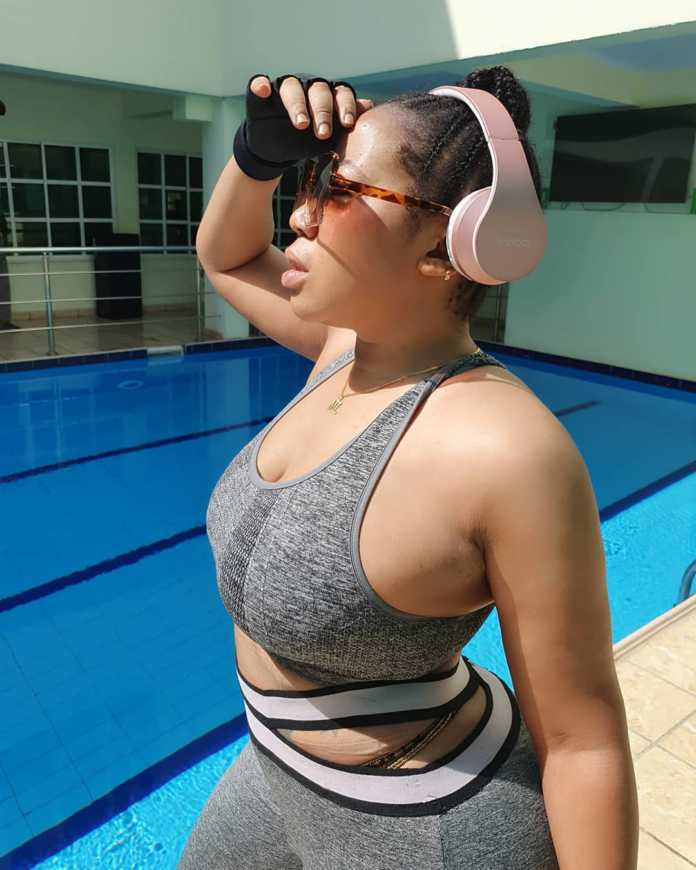 Curvy Nollywood actress Moyo lawal looks so radiant in sultry photos as she hit the gym. 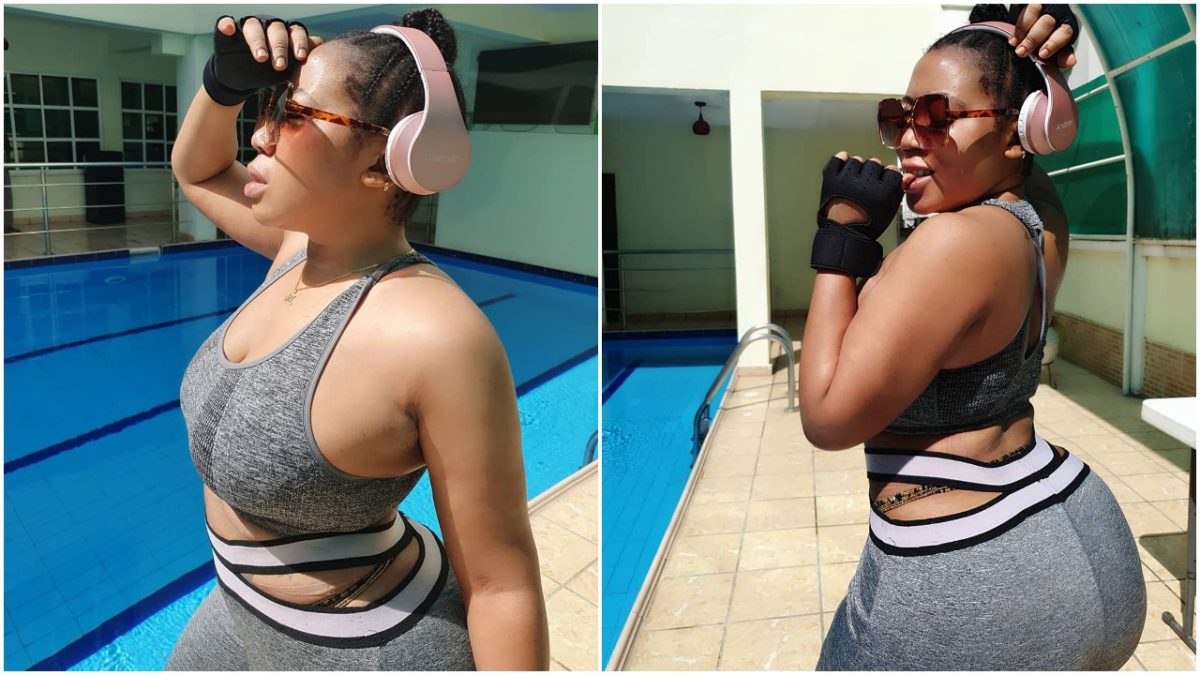 Moyo while sharing the photos also revealed that her ex Boyfriend told her to stop posting pictures on social media, of which she asked her over a million Instagram follower if she should stop posting. 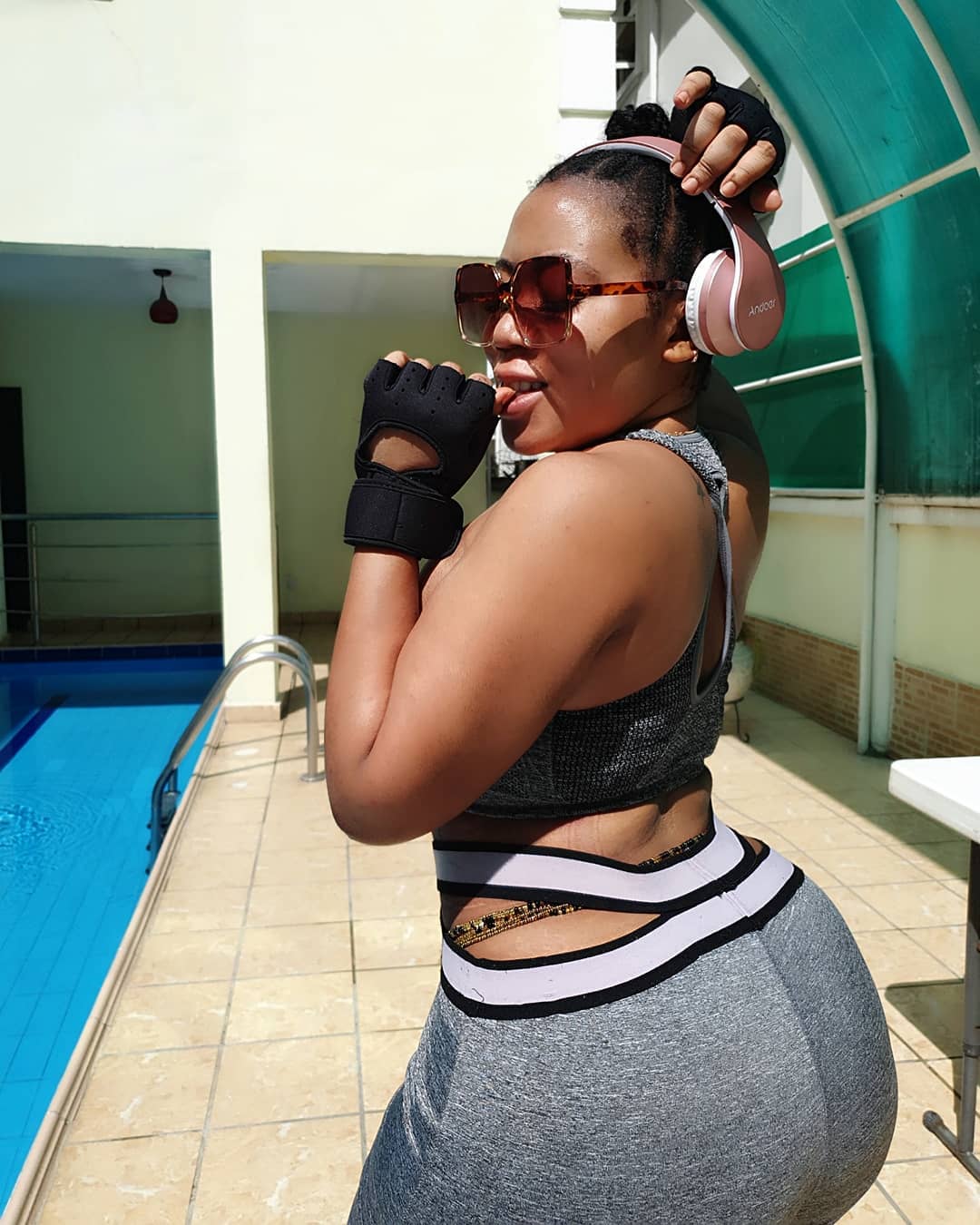 Recall few weeks ago the City People Movie Award for Best Supporting Actress of the Year actress revealed that she doesn’t see what people enjoy in watching the now ended World most popular Television series called Game of Thrones and that its over hyped. 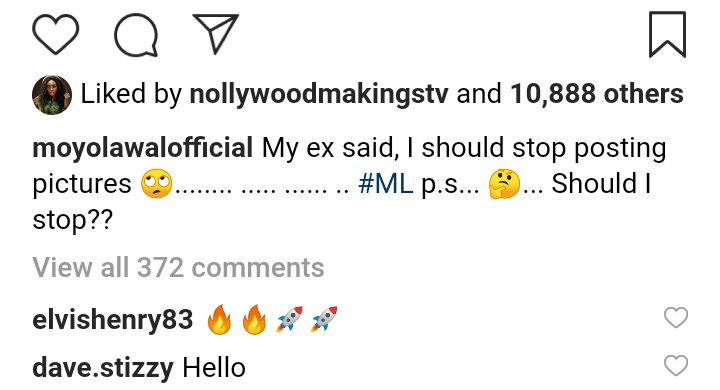 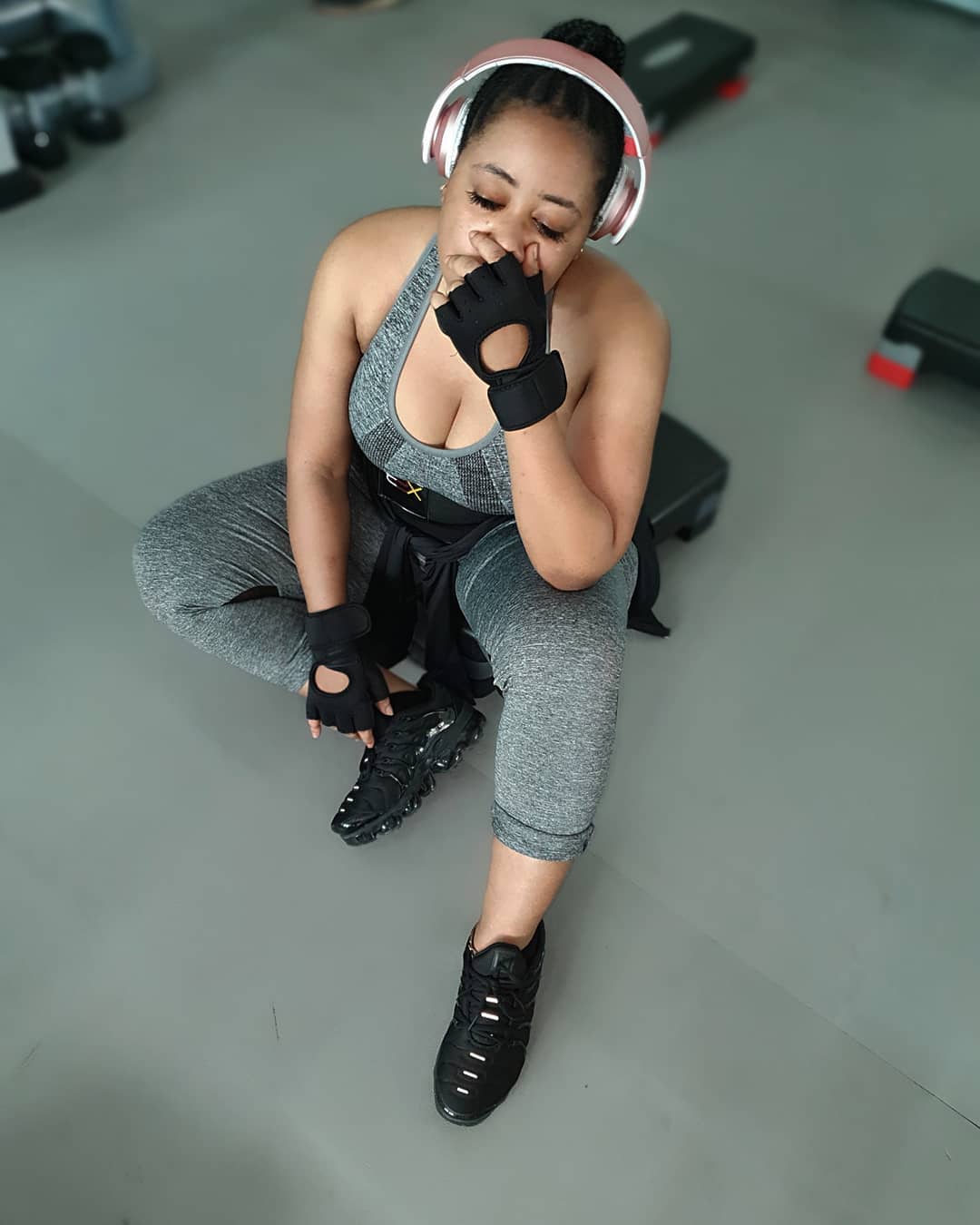 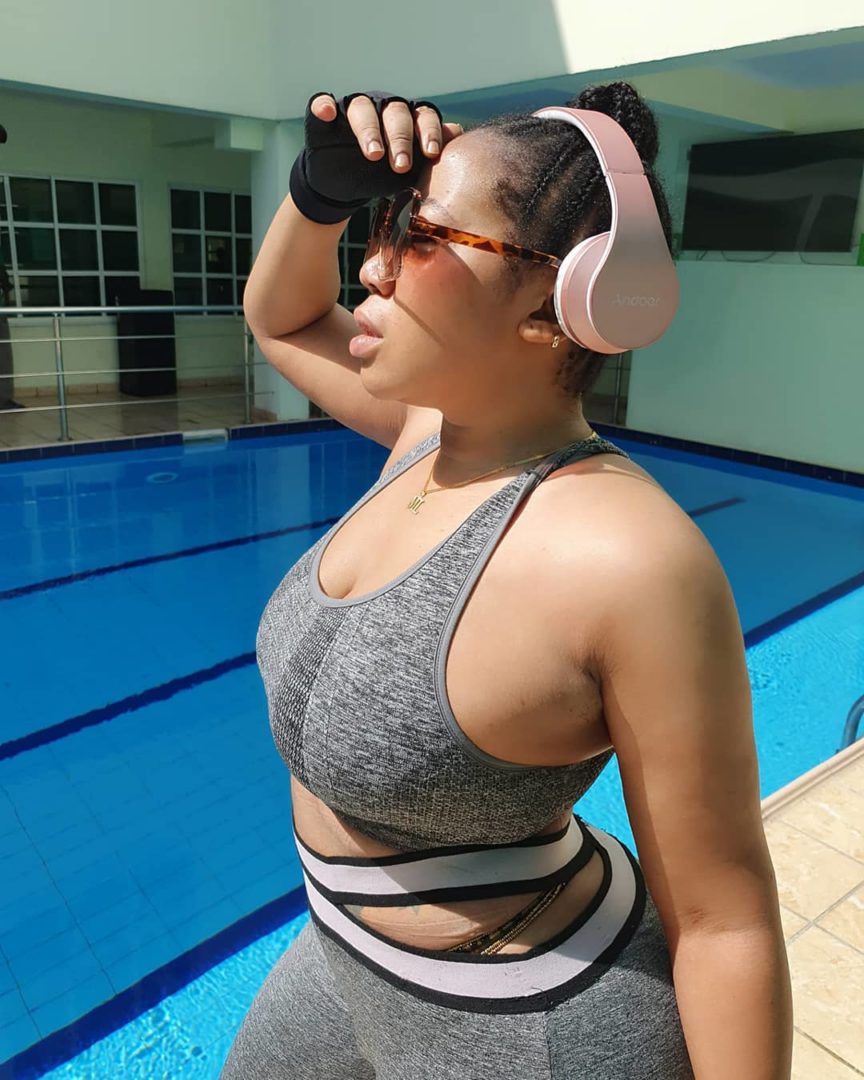