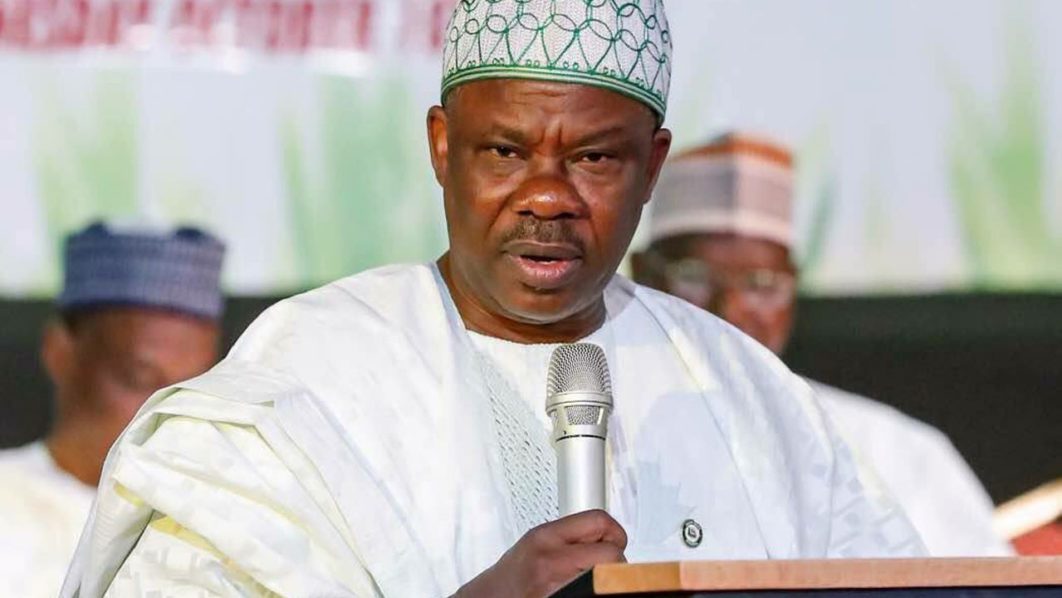 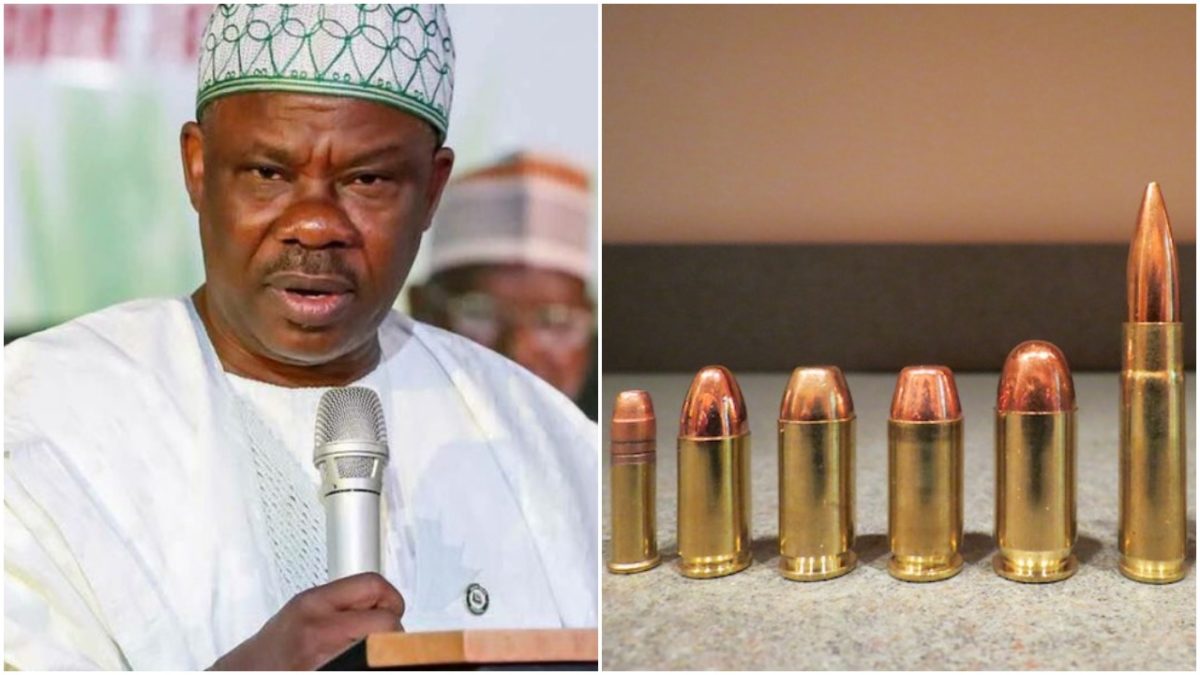 According to the him, it was due to insecurity in his state which was at an alarming rate before the 2019 Election.

Premiumtimes reports, Amosun contacted the state’s Commissioner of Police, Bashir Makama, confessing that he had thousands of arms and millions of ammunition in store at a secret armoury in Government House, and that he had decided to hand them over to the police.

Mr Amosun’s anointed candidate for the March 9 governorship election, Adekunle Akinlade of the Allied Peoples Movement (APM), had been roundly defeated by Dapo Abiodun of the All Progressives Congress and the governor was now desperate to clear the Government House of any incriminating material as Mr Abiodun moved in to take charge.

Shortly after he was contacted, Commissioner Makama raced to Government House with some of his subordinates. On arrival, truckloads of arms and ammunition were brought out of a nondescript amoury inside the Ogun State Government House.

And then begun a short hand-over proceeding during which the governor surrendered at least four million rounds of ammunition, 1,000 units of AK47 assault rifles, 1,000 units of bulletproof vests and an armoured personnel carrier (APC).

At the event, Mr Amosun said he procured the arms and ammunition to check the widespread insecurity in his state of 3,751,140 residents, according to the 2006 census. He said he decided to keep them at the Government House Armoury to ensure they were not allocated indiscriminately by security agencies.

The speech making over, the arms and ammunition were driven to the police command headquarters in the Elewe-Eran area of Abeokuta, the Ogun State capital.

Four weeks after the event, top Nigerian security operatives remained alarmed that a civilian governor would create an armoury and store thousands of arms there. The agents are also wondering why Mr Amosun has not been arrested and prosecuted for violating sections of the Nigeria Firearms Act.

The law forbids individuals and civilian institutions from illegally operating armouries or possessing prohibited firearms, including artillery, apparatus for the discharge of any explosive or gas diffusing projectile, rocket weapons, bombs and grenades, machine-guns and machine-pistols, military rifles (namely those of calibres 7.62 mm, 9 mm, .300 inches and .303 inches), revolvers and pistols whether rifled or unrifled (including flint-lock pistols and cap pistols).

It remains unclear how Mr Amosun obtained the weapons. Authorities are wondering how he imported the weapons, and how he transported them to Government House and stored them for prolonged periods without being detected.

Some security experts say they are suspicious he might have acquired far more weapons than he gave up to the police and that some of them might be in wrong hands already.

The former governor, now senator, declined to give his own side of the story. He did not answer or return telephone calls made to him over five days. He also did not respond to text and WhatsApp messages sent to him.

When contacted, his media adviser, Rotimi Durojaiye, requested this reporter to email him the questions meant for Mr Amosun. Five days later, Mr Durojaiye is yet to respond with answers. 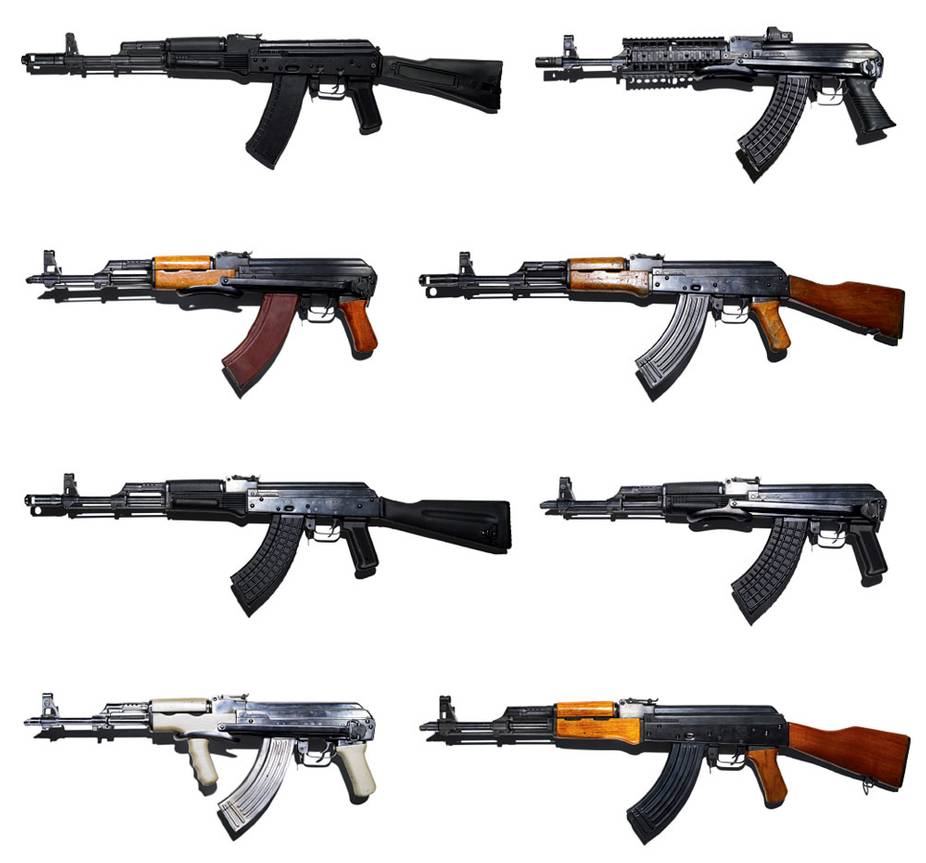 “In line with international best practices EUCs for arms and ammunition are to be obtained before the shipment of the items from the originating country. These conditions equally apply for parts and accessories of all military armaments and hardware,” the guideline states.

A spokesperson for the Office of the NSA, the only government institution responsible for issuing end-user certificates, did not return requests for comments. But PREMIUM TIMES learnt from multiple sources within the agency that Mr Amosun or his state could not have been granted certificates to procure and store arms.

Also, the Nigeria Customs Service said Mr Amosun did not clear the deadly equipment through Nigerian ports, and that no one without an end-user certificate could be allowed to bring controlled items into Nigeria.

“Only the Office of the National Security Adviser can issue end-user certificate for importation of arms, and any person or organisation without the document cannot import weapons into Nigeria,” the spokesperson for the Nigeria Customs Service, Joseph Attah, told PREMIUM TIMES, “I repeat: weapons can never be imported into Nigeria without end-user certificates.”

Mr Attah said even security agencies, including the police, military and Customs, are required to secure end-user certificates before embarking on arms purchase.

The Customs regularly intercepts attempts to import illegal arms into the country, but the owners often disappear as soon as such illicit shipments are discovered. Yet, security analysts believe that for every container intercepted by Customs, dozens would slip through the ports due to Nigeria’s porous security measure.

Illegal possession of arms is a criminal offence under several Nigerian statutes, including the Robbery and Firearms (Special Provisions) Act (1984) and the Firearms Act (1990).

In May, three Nigerians were sentenced to a combined 120 years in prison, including 20 years each for illegal possession of firearms. The Oyo State High Court relied on the Robbery and Firearms (Special Provisions) Act to convict the trio.

Bolstering suspicion
Arms proliferation has long been a big driver of election-related bloodshed in Nigeria, with hundreds of deaths reported across the country in the 2019 elections alone.

In Mr Amosun’s Ogun State, a number of residents died in widespread shootings between February 23 and March 9, the days of the presidential and governorship elections, respectively.

Most of the election-related deaths, including of police officers, were reported in Ilaro, Abeokuta and Ijebu-Ode, three of the state’s largest cities. Security sources blamed the killings on arms proliferation across the state, a menace they said had been largely difficult to contain.

Security analysts and civic groups contend that politicians are the major suppliers of deadly weapons into the streets because of their desperation for victory — which they often find impossible to recover post election.

Aside election violence, arms proliferation has also been linked to the growing spate of kidnapping, banditry and herdsmen violence — claiming tens of thousands of civilian deaths within the last four years alone.

Mr Amosun also recognised the danger of arms proliferation in the early days of his administration. Less than four months after he assumed office as governor in September 2011, he raised a judicial panel to probe the proliferation of arms in Ogun.

He blamed his predecessor, Gbenga Daniel, for fostering an atmosphere of gun violence for political benefits, and imposed a moratorium on gun ownership in the state.

Amosun, police in conspiracy of silence
PREMIUM TIMES’ efforts to get Mr Amosun’s comments were rebuffed by the politician. Several text messages, WhatsApp messages and telephone calls to his two active telephone lines went unacknowledged or returned over five days.

Mr Amosun’s spokesperson, Rotimi Durojaiye, also took questions from PREMIUM TIMES on behalf of his principal, but said he could not respond to them because he was unable to reach his principal after several attempts. Mr Durojaiye served as Mr Amosun’s special adviser on media and publicity when he was governor.

The police also declined to give comments. Force spokesperson, Frank Mba, directed all enquiries about police involvement in the matter to Commissioner Makama.

But when PREMIUM TIMES sent a set of five questions to Mr Makama, he declined to respond. This was despite his initial promises that he would respond to the enquiries once he received the questions, which were sent to his telephone line and also through the state police spokesperson, Abimbola Oyeyemi.

Some of the clarifications PREMIUM TIMES sought from Mr Makama included whether he asked Mr Amosun the source of the weapons before or after he accepted them, whether it was appropriate for a civilian governor to stockpile a massive cache of weapons and why he was yet to escalate the matter to Force Headquarters nearly a month later.

There was consensus amongst several police chiefs who spoke with PREMIUM TIMES that Mr Makama should have at least invited Mr Amosun for questioning after receiving the arms and ammunition from him. Mr Amosun lost immunity from arrest and prosecution on May 29 when his tenure ended.

Two police sources told PREMIUM TIMES the commissioner had been making frantic moves to quickly inform Force Headquarters ahead of this story’s publication. 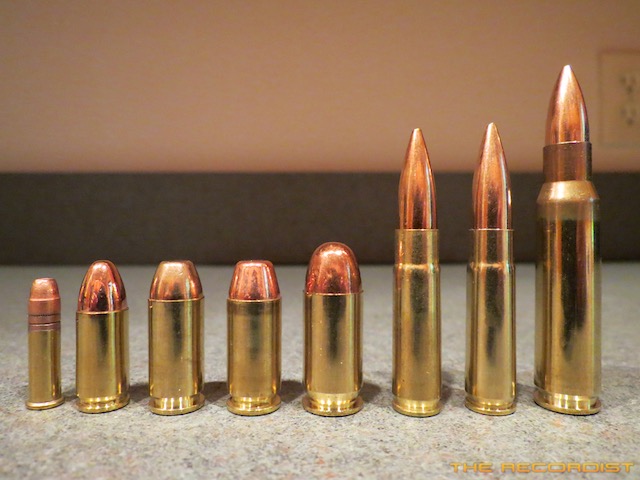 “He is afraid he would be in trouble if the headquarters learnt about the matter in the media,” a police source said Sunday evening.

Even though there were initial claims that the State Security Service’s state director, David Tuksa, was also present when Mr Amosun handed in the weapons, the agency’s spokesperson completely distanced the Service’s officials from the matter.

“Our state director was not there and the SSS did not take any part in the matter,” spokesperson, Peter Afunanya, told PREMIUM TIMES.

“You can overrun a country with that quantity,” a top security official told PREMIUM TIMES. “Imagine given 1,000 thugs AK47 rifles — what is the size of the Gambian Army for instance?”

The official, who had served two national security advisers, said there were legal options Mr Amosun would have pursued if the arms were primarily imported as donation to the police.

“When Tunde Fashola bought weapons for the police during his tenure as governor in Lagos, he obtained an End-User certificate, and the weapons were delivered to the police and not to his official residence,” the official said, adding that he was amongst those who worked on the matter at the time.

Multiple security sources told PREMIUM TIMES the SSS became aware of the arms in the Ogun Government House Armoury just as the 2019 elections were about to begin.

“We immediately placed him and his surroundings under a heavy security watch,” an SSS agent who had knowledge of the operation told PREMIUM TIMES. “We knew he had enough arms to make the state a field of dead bodies during the election if he wished.”

Another senior law enforcement official said he was convinced Mr Amosun handed over the weapons because it became too late for him to relocate them and he knew the incoming governor would not give him a cover.

“It was too late for him to organise an efficient logistics for the relocation of the remaining weapons,” the official said. “He also did not expect the incoming governor, Dapo Abiodun, to continue keeping the arms in Government House as a cover-up.”